STEPHEN Bear has broken his social media quiet spell and revealed he is reinventing himself as an investment 'guru'.

After weeks of online silence, the disgraced reality star released a bizarre video to his YouTube channel explaining his latest venture. 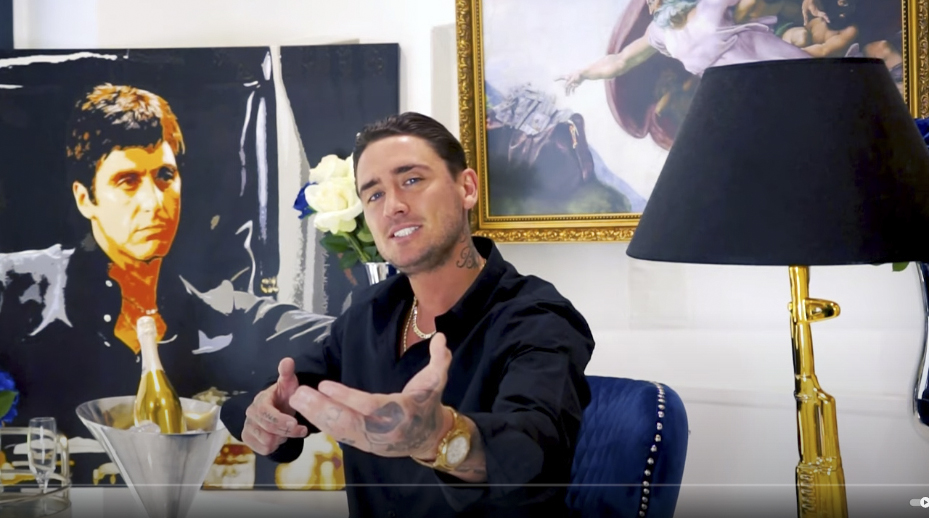 The 11 minute video sees Stephen, 31, who is still on bail, make a threatening gun symbol with his hands and pretend to fire it.

It has received just 66 thumbs up since it was uploaded on April 14 and less than 3,000 views.

Stephen, who has over 6,000 subscribers, sits in a room surrounded by garish furniture such as picture of Tony Montana from Scarface and a lamp in the shape of a golden gun.

He tells viewers it is never too late to change, despite past mistakes, and his new business name is Investment Vault. 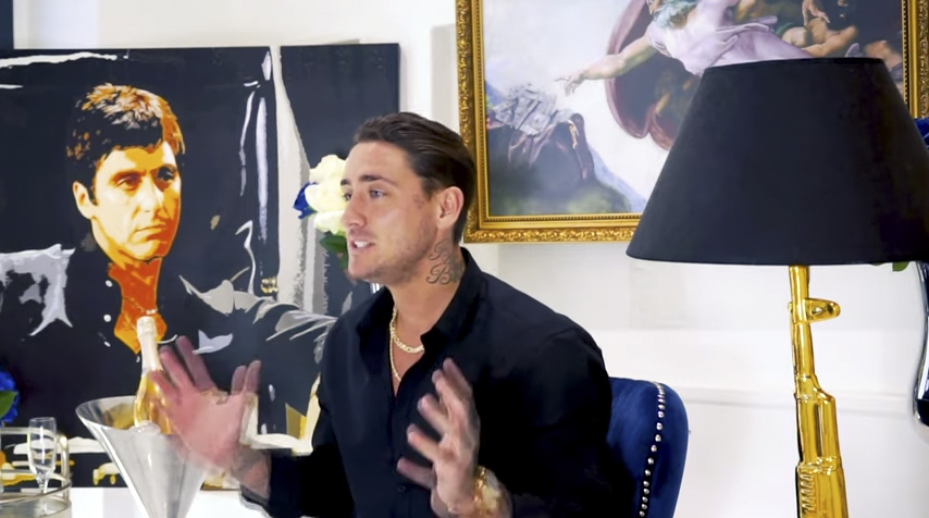 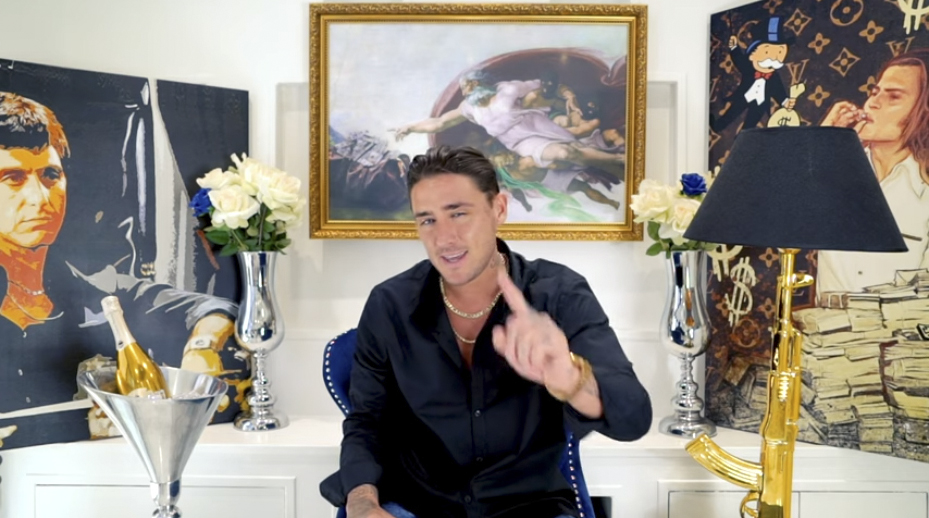 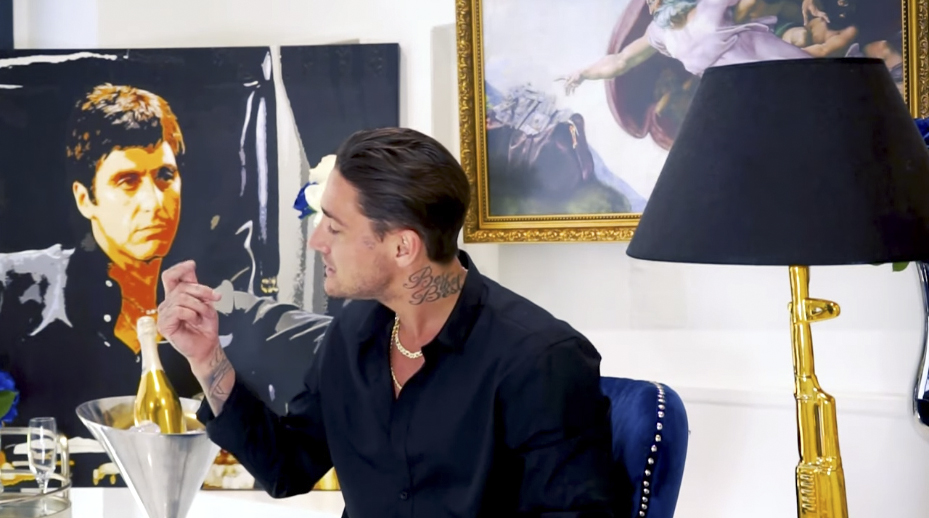 "Welcome back I have missed you guys so so much, you are my YouTube Family.

"As you can see the channel has changed the new name is called the Investment Vault so I am going to be teaching you, yes you, how to start making some money.

"Everyone has made mistakes including myself but it’s never too late to start changing and today is the first day when me and you lot start getting a bit more business savvy, so the first video I am doing today is seven ways how you lot can start investing your money from today baby, so please let’s go on this journey together first of all by smashing the subscribe button give me a thumbs up let’s get to work baby."

He then attempts to impersonate gangster Tony Montana when he opens fire on his opponents.

Stephen continues: "You don’t need to be Wolf of Wall Street to start investing even if you have a few pound to spend your money will grow with compound interest," and goes on to offer enlightening financial advice such as making coffee at home instead of shop bought and depositing the cash saved in a cookie jar.

The reality star has been a regular at Harlow Police Station ever since being arrested in January over claims he posted a sex video of his ex-girlfriend Georgia Harrison online. 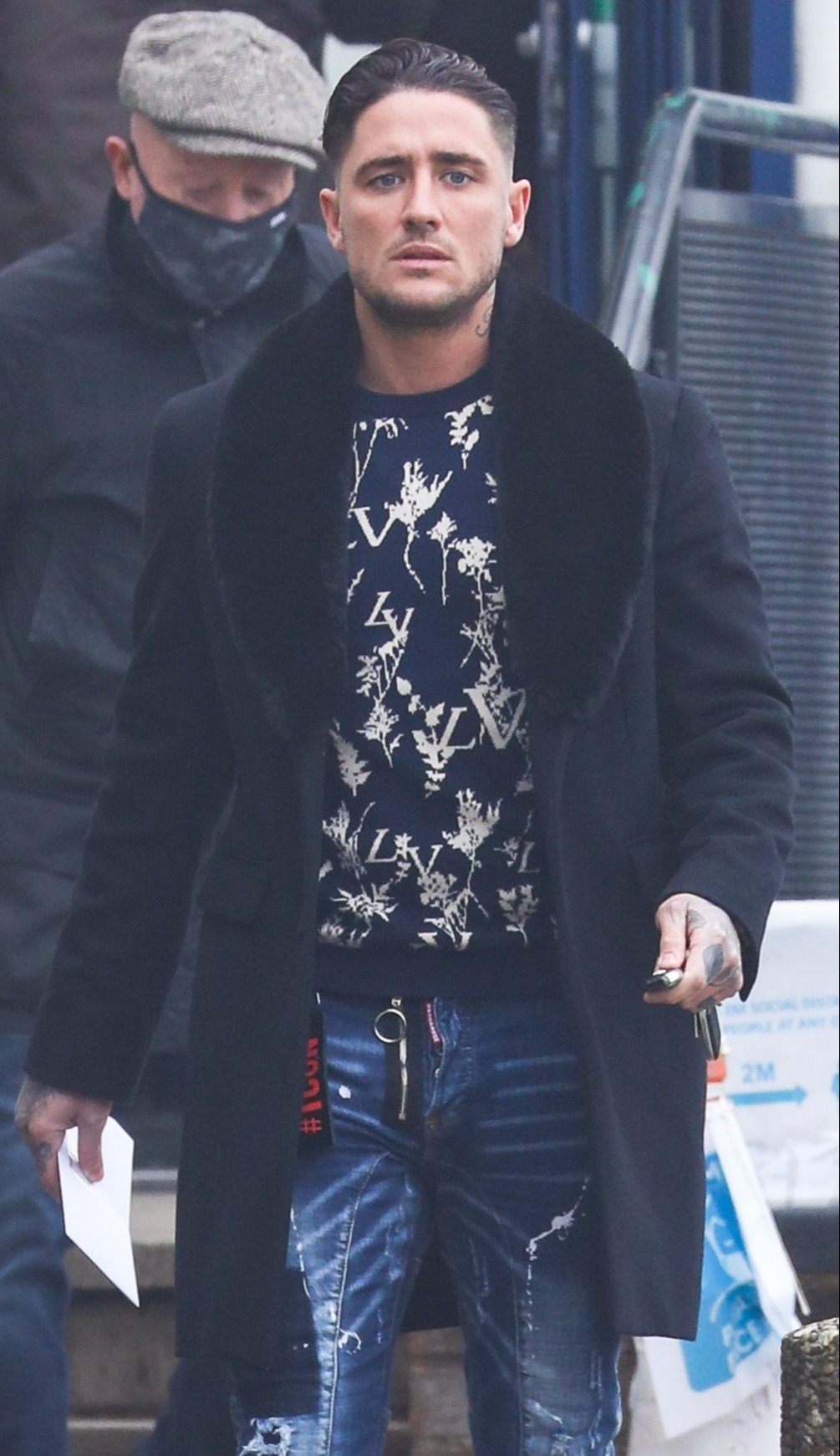 Bear has previously dismissed the allegations as "so silly" – but was hauled in for questioning after his flight touched down at Heathrow Airport from Dubai.

He was last seen in March at Harlow police station answering bail.

The Ex on the Beach has since also been dumped by his 18-year-old girlfriend after a bizarre prank about her being pregnant with twins. 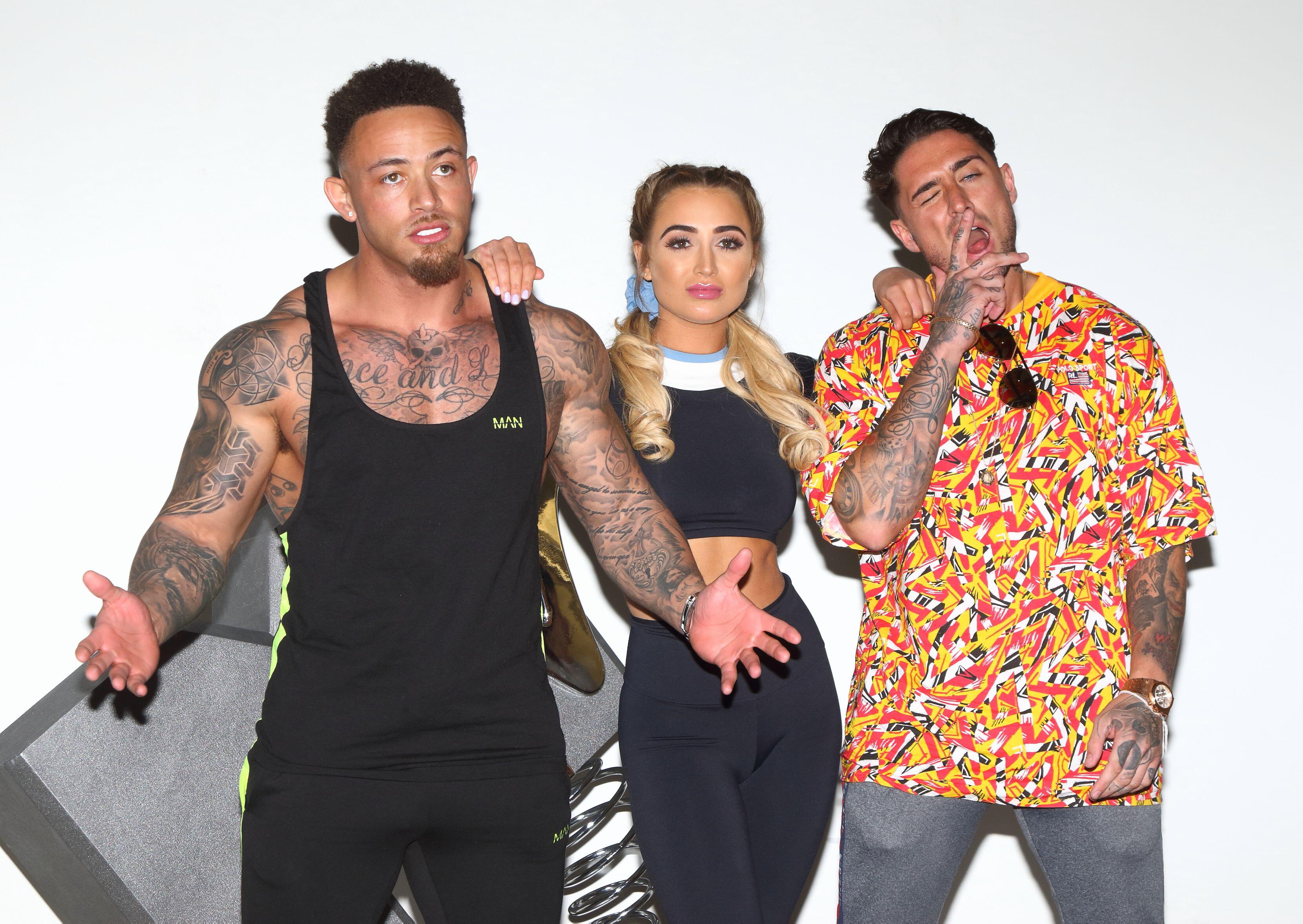 He posted a scan of two babies with the message: “"Wasn't expecting 2. Think it's time I should I grow up."

The reality TV lothario then admitted he was just messing around and is not going to be a dad.

After he was broken up with over the gag, Bear has been auditioning new would-be girlfriends on Instagram.

But instead of his wild, prankster lifestyle as a ladies' man, in reality he has moved back home with his dad Stephen Snr, 69, and mum Linda, 66, making YouTube videos from his childhood bedroom.

Love Island star Georgia, 26, insists he made a secret sex tape of her and has been showing it to pals.

The alleged tape has even been shared on WhatsApp, she claims.

Essex Police told how he was arrested on suspicion of disclosing private sexual photographs or films without consent with intent to cause distress, harassment, and obstructing a police officer.