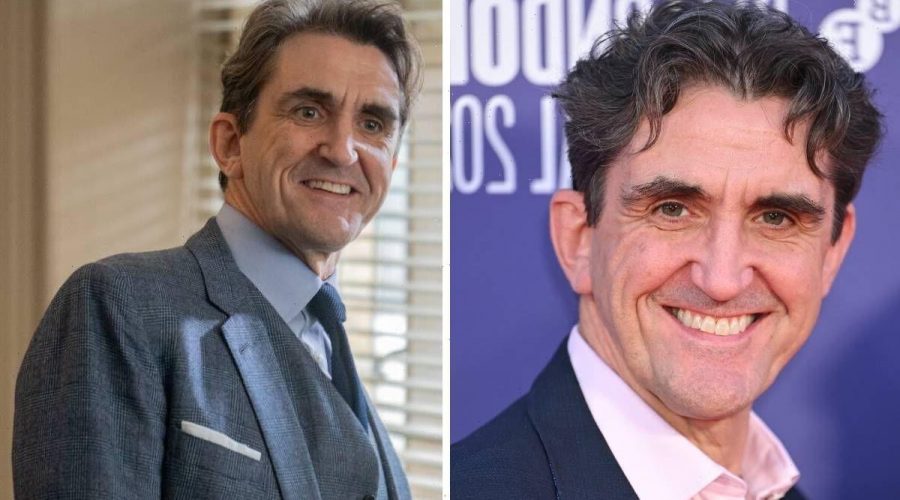 Call the Midwife is back for its Christmas special before season 12 begins on New Year’s Day. The heartwarming BBC drama has welcomed a number of new faces to Nonnatus House over the years, with a few constants in the show, including Dr Patrick Turner (played by Stephen McGann). So it’s no surprise that viewers are keen to know all there is to know about the actor behind the kind-hearted doctor.

WARNING: This article contains spoilers from Call the Midwife.

Who is Call the Midwife actor Stephen McGann married to?

They have now been together for more than three decades and share a son together called Dominic.

The couple first crossed paths in the 1980s when McGann auditioned for a play that Thomas had just finished writing and met at a script reading in Liverpool.

McGann and Thomas lost touch shortly after this meeting as they were both with other people at the time but he later recognised that he was “madly in love” with her.

It was a few years before they met again and this time, McGann had a revelation.

He told The Sunday Times: “We had the most ridiculous argument over nothing and I stormed off.

“I got to my room and realised she was the woman I was supposed to marry.

“The next day she pushed a book of poetry under my door and left her number.”

McGann and Thomas went on to marry and have been very much loved up ever since at their home in Cambridge.

The couple spends a lot of their time talking about Call the Midwife with Thomas sometimes getting her husband confused with his character Patrick.

She told Good House Keeping in 2020: “There are definite similarities – for example, he’s very gifted at origami and I’ve written his talent for origami into previous episodes.

“So sometimes it’s a little bit hard to tell where Stephen McGann my husband and Dr Turner my character begin!”

The Christmas special is going to take viewers back to a particularly memorable storyline from season five.

Fans will once again meet Rhoda Mullucks (Liz White) who was at the heart of the Thalidomide scandal storyline five years ago.

Her baby was born with birth defects after taking medication that was prescribed to her by Dr Turner.

She will be returning to Call the Midwife as she prepares to have another baby.

The synopsis for the Christmas episode reads: “The midwives move the maternity clinic into new premises and are delighted when one of their first patients through the door is Rhoda Mullucks who the team know well.

“Rhoda is heavily pregnant, and understandably nervous, after her last baby was born with limbs that have been affected by thalidomide.

“Nurse Crane (Linda Bassett) cares for a heavily pregnant single mother, recently released from prison, while Sister Frances (Ella Bruccoleri) is called out to deliver a Sylheti mother’s child in a garment factory in a rough area of Poplar.

“Elsewhere, Fred (Cliff Parisi) decides that Poplar needs to come together to raise money for those families still affected by the train crash and pitches the wonderful idea of a festive talent show – Poplartunity Knocks!”

The Call the Midwife Christmas Special airs on Christmas Day at 7.55pm on BBC One.