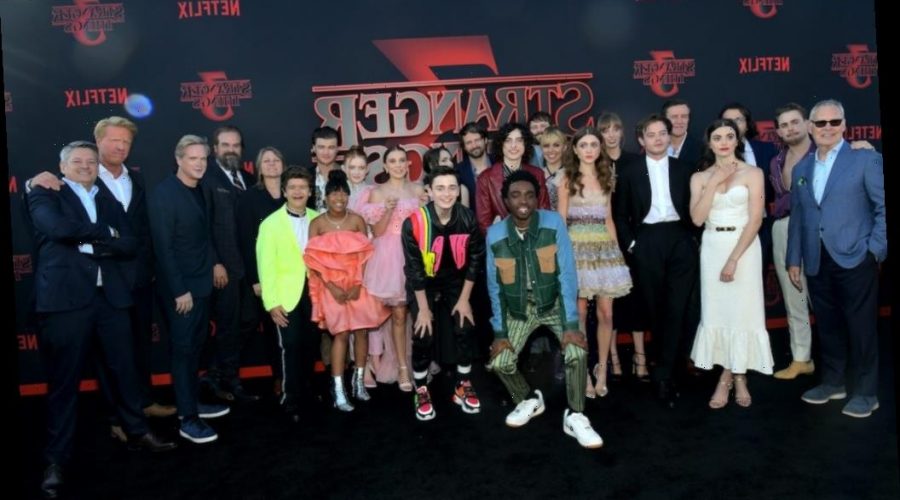 After a long wait, Stranger Things Season 4 has finally entered production, but it could still take a while until it comes out. Created by The Duffer Brothers, Stranger Things follows a group of teens from the fictional Hawkins, Indiana who come together to fight off evil overtaking the city. The third season ended in a way that left fans more excited than ever to see where the story goes next. But they’ll have to keep waiting, based on the latest Stranger Things Season 4 update.

Gaten Matarazzo (Dustin Henderson) talked all things Stranger Things in an interview with Collider, including when it might come out. He admitted it’s hard to put a date on it since there’s no set filming schedule due to restrictions put in place over the coronavirus (COVID-19) pandemic.

“I should be filming like next month for a bigger chunk than I’ve had in a bit, but even though it’s coming up in about two weeks from now, I still don’t know an exact date. So because of that, there’s really no way to figure out when we’re gonna be wrapping,” he continued.

But it’ll be worth the wait

While it’s a little sad for fans, Matarazzo says the delay could benefit the show, as it has provided Matt and Ross Duffer more time to focus on the show. He explained the brothers prefer to have the entire season written before filming starts but have never been able to have it that way. But the delay has afforded them that opportunity.

“I think they’ve been able to relish in directing in their day-to-day,” he continued. “There’s nothing else distracting them other than what we’re gonna do today while we’re directing, and I asked them, ‘Do you guys sleep at night?’ They’re like, ‘Literally we dream about directing this show. We go to sleep and we have dreams that we’re just directing this show.’ It takes up their entire minds when they’re making this.”

“So I think it’s a good thing because now they can take their focus off of what the show is going to be about, and now that they know it, they can focus on how they’re going to deliver. And I think it shows,” he added.

Stranger Things will pick up after Eleven’s move out of Hawkins with the Byers family. Viewers will remember Joyce Byers took her in after the apparent death of Jim Hopper. However, we’ve since learned through a teaser trailer that he’s alive.

“He is imprisoned far from home in the snowy wasteland of Kamchatka, where he will face dangers both human…and other,” the Duffer Brothers said in a statement (via Rotten Tomatoes). “Meanwhile, back in the States, a new horror is beginning to surface, something long buried, something that connects everything…”