Jeremy Vine, who was a contestant on the show back in 2015 was joined on his Channel 5 show yesterday by Strictly professional dancer Janette Manrara and her celebrity partner for the series, Will Bayley, speaking about their Strictly journey so far.

The pair, who impressed judges last week with their Quickstep, scoring 26, will be tackling the Salsa in tomorrow night’s live show.

When Jeremy was a contestant on the 2015 series of the dance competition, he routinely scored low in the programme, with his highest score being just 24 points.

However, he was popular with viewers, and made it through to week eight of the competition with professional partner Karen Hauer.

The subject on the show quickly moved to James Cracknell, who found himself at the bottom of the leaderboard last week, after failing to impress judges with his Tango. 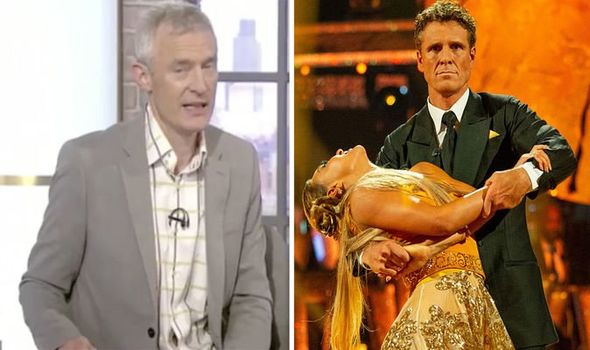 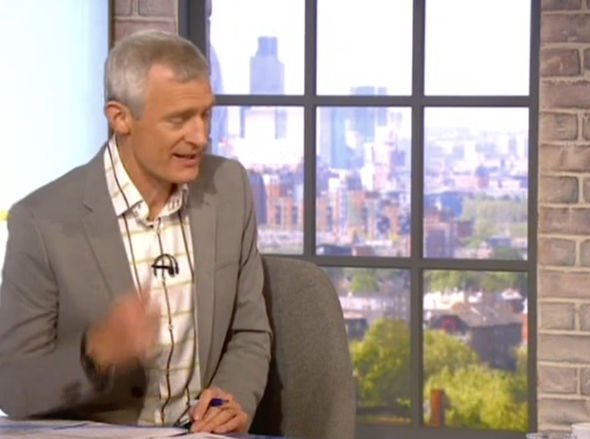 Judge Craig Revel Horwood called the double Olympic gold medallist’s performance “lethargic”, and he found himself at the bottom of the leaderboard.

The host joked, “His former wife, she came on the show yesterday and I said is he dancing like that because of his brain injury’.”

She apparently joked: “No, he’s dancing like that because he can’t dance.”

Janette was quick to defend the pair, offering out some kind advice should she see James in the corridor at the Strictly studio.

She said: “I’ll tell him he just needs to smile, he’s got a gorgeous smile, he’s a beautiful man.”

Praising her fellow pro, she added: “Luba is an incredible partner, she’s one of the newest professionals on the show but she’s phenomenal.

“He just needs to trust her and try and enjoy it a bit more, I think he was so conscious of not making any mistakes.

“Mistakes can be forgiven, if we see that you’re enjoying what you’re doing” she added.

Jeremy thanked Janette for her great advice, adding that the pair might find it difficult due to it being Luba’s first series competing with a celebrity partner. 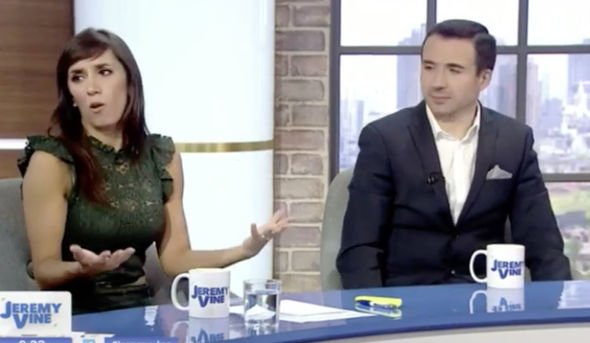 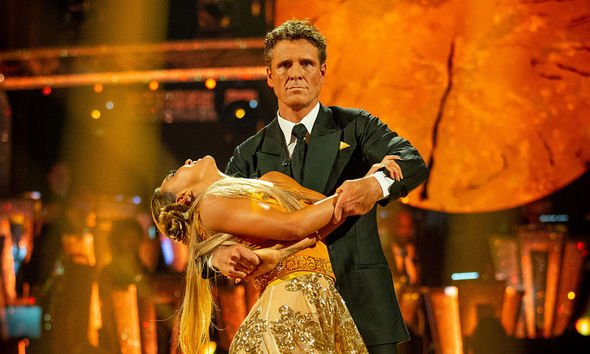 He added that Janette, who has been a pro on the show 2013, alongside her husband Alijaz Skorjanec, may have more experience on hand to offer her partner.

Jeremy told the pair, “I think it also helps when you’ve got a pro who’s been there for a while… the experience you’ve got is so valuable, and James is with a new pro.”

Although no one left the show last weekend, one contestant will face elimination as the celebrities are back to tackle a new set of dances tomorrow night.

James remains the favourite to leave the show this weekend, as it will mark the end of one pair’s Strictly journey.

Bookmakers Coral have James at evens to be the first contestant to be eliminated from Strictly this weekend.

Other contestants who may land themselves in the bottom two this weekend are David James, who is 3-1 to leave the show, with Anneka Rice and Chris Ramsey both at 6-1 to go.

Coral’s John Hill commented that: “Nobody wants to be the first contestant to leave Strictly but the our betting suggests it could be two former sports stars under the most pressure this weekend as James Cracknell and David James are the favourites to face the dance-off,”

Viewers can see how James and the rest of the celebrities fare in tomorrow’s programme.

Strictly Come Dancing returns tomorrow at 6:40pm on BBC One