This year’s Strictly Come Dancing launch airs on BBC One tomorrow evening as the series kicks off its first-ever socially distanced edition. The competition has been affected in several areas by the ongoing coronavirus pandemic, including the fact that the launch has been pre-recorded – meaning the celebrities have already met their pro partners. And EastEnders favourite Maisie Smith has shared a major clue at who she’s teamed up with by sharing a photo of him on Instagram.

However, Maisie did her best to hide her Strictly pro partner’s identity by placing a giant question mark emoji over his face.

Nevertheless, eagle-eyed fans still managed to get a glimpse at Maisie’s partner as she left parts of legs on show.

On her Instagram Stories [via The Sun Online], Maisie encouraged her 738k followers to guess who it could be, asking: “So who do you think my partner is…?”

The post now appears to have been deleted as it’s no longer available on the star’s social media page. 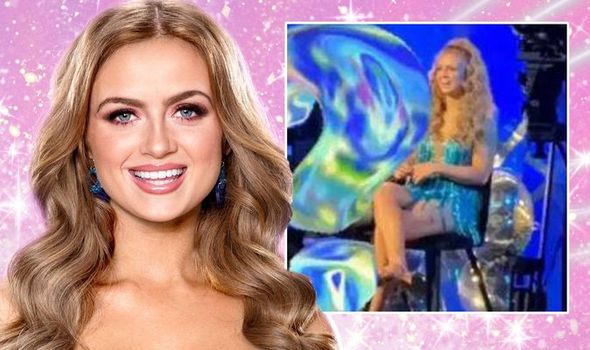 And while she may not have given too much away as to who her partner is, the first glimpse was more than enough for Strictly fans who are eagerly awaiting news on this year’s couple.

Whoever Maisie’s partner is revealed to be, it looks like they’re in pole position to lift the Glitterball Trophy.

In latest odds from bookmakers Betfair, the EastEnders star is a 7/4 frontrunner to win the entire series before even taking to the dancfloor.

Betfair spokesperson Darren Hughes said: “Get out your glitter disco-balls and be ready to break a leg, as Strictly Come Dancing returns to our screens on the BBC this Saturday night, 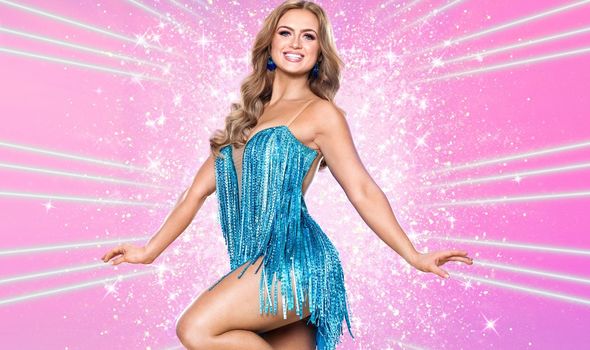 However, it looks like Maisie’s closest competition comes in the form of former The Wanted frontman Max George and YouTube star HRVY.

“(Maisie’s) closely followed by former boyband superstar Max George at odds of 10/3,” Darren added. “Popular YouTube star and singer, HRVY, is on the mend from a positive Covid test,

“But with reports suggesting he should be ready to take to the floor for Saturday’s opener, punters have rowed in behind him, and he is currently at odds of 5/1.”

Maisie isn’t the only Strictly star who may have accidentally given away who they’re teamed up with ahead of tomorrow’s launch show.

Speaking on Good Morning Britain today, former politician Jacqui Smith discussed who she’d been paired with and training for the upcoming series.

And while she stayed tight-lipped about his pro partner’s identity, her friend and fellow guest Iain Dale wasn’t so secretive.

“Well, I think I know who it is,” Iain said as he jumped into the discussion.

“Because you have to look at who keeps liking Jacqui’s tweets – that’s the clue,” he said.

Iain did clarify he still didn’t know for sure, however: “She hasn’t told me, she won’t tell me.”

Jacqui insisted Iain was bluffing but it didn’t stop him dropping spoilers as he went on: “I don’t know his name but there is someone who keeps liking her tweets.”

Strictly Come Dancing kicks off on Saturday, October 17 on BBC One.