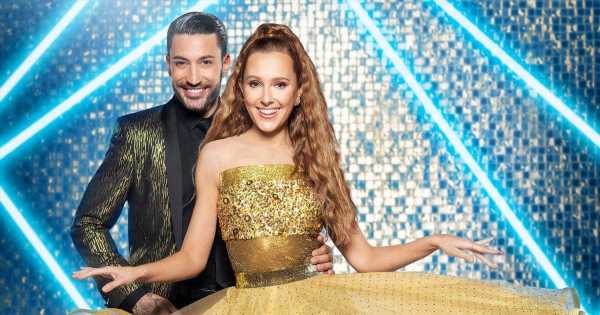 As Strictly Come Dancing fans tuned in for the all-important, they couldn’t help but notice the sweet gesture professional dancer Gorka Marquez gave to his fellow competitor and celebrity rival Rose Ayling-Ellis.

Viewers watched as professional dancer Gorka returned to the stage for the launch of the 19th series of the hit BBC One dance competition in which he was partnered up with Coronation Street star Katie McGlynn.

Meanwhile, EastEnders actress Rose made Strictly history as the first deaf contestant to take part on the show as she partnered up with Italian hunk, Giovanni Pernice.

After the happy couple were partnered up, Rose spoke with TV host Tess Daly about how proud she was to represent the deaf community and was delighted by their excited response online.

And her meaningful message clearly resonated with the audience as the TV star was met with a resounding round of applause.

But Gorka took his level of appreciation one step further when he signed the symbol for an applause by waving his arms from the wings of the stage.

Naturally, the sweet gesture didn’t go unnoticed by viewers at home who were quick to praise the pro dancer for his inclusive efforts to learn the British Sign Language gesture for an applause.

And the show’s loyal legion of fans soon took to Twitter to praise the dancers sweet gesture online.

One viewer wrote: “Love that Gorka didn’t clap for Rose, but signed 'applause' instead.”

Another added: “Gorka actually cheering correctly for Rose and Gio was amazing.”

A third chimed in with: “Honestly thought Gorka woulda been paired with Rose but what an absolute superstar he was signing applause rather than clapping.”

Meanwhile, another penned: "Not me being surprised to see Gorka clapping properly … it’s everything.”

Elsewhere, one Strictly fan concluded: “Gorka being the only one clapping properly god I love that man.”

Strictly Come Dancing continues next weekend, with the first live show on Saturday September 25 on BBC One and BBC iPlayer.