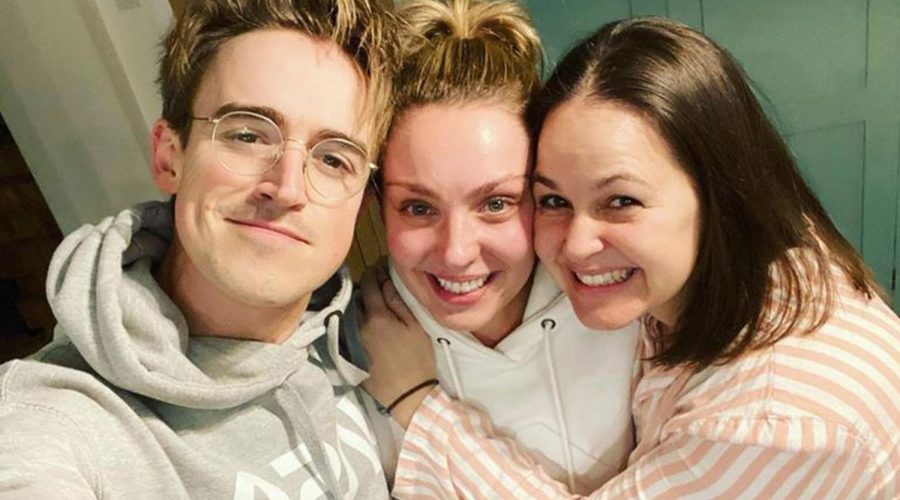 STRICTLY Come Dancing's Amy Dowden has MOVED IN with her celebrity partner Tom Fletcher and wife Giovanna after she was rushed to hospital with a Crohn's flare-up.

The pair were eliminated from the BBC dance show earlier this month, but have remained incredibly close friends – in fact, she almost appears to be part of the Fletcher family. 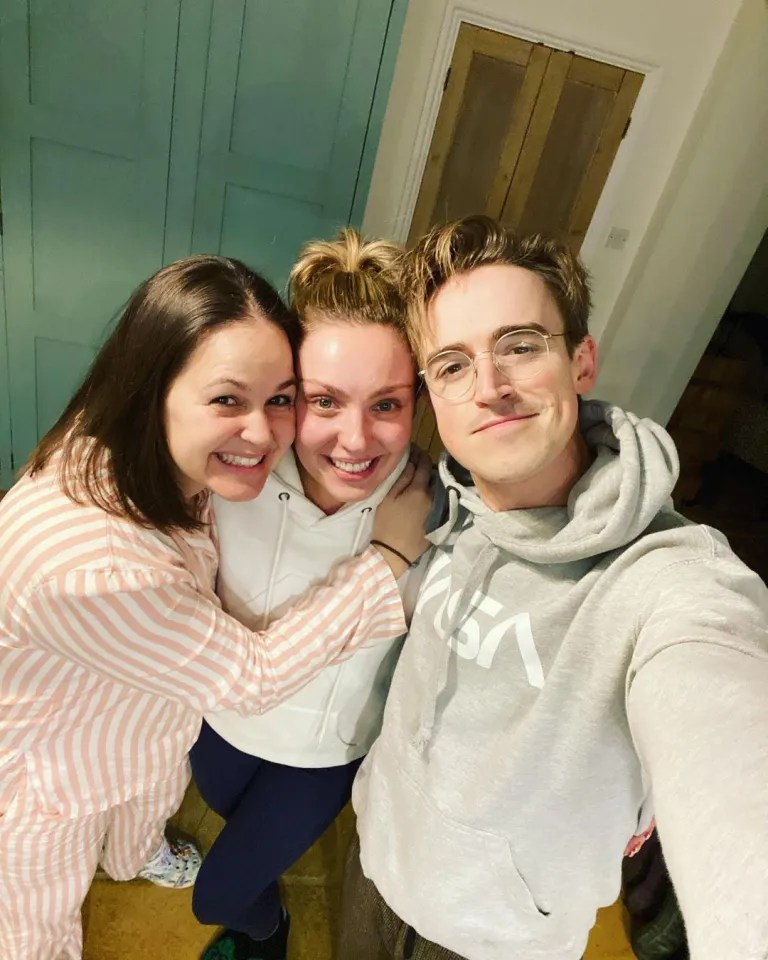 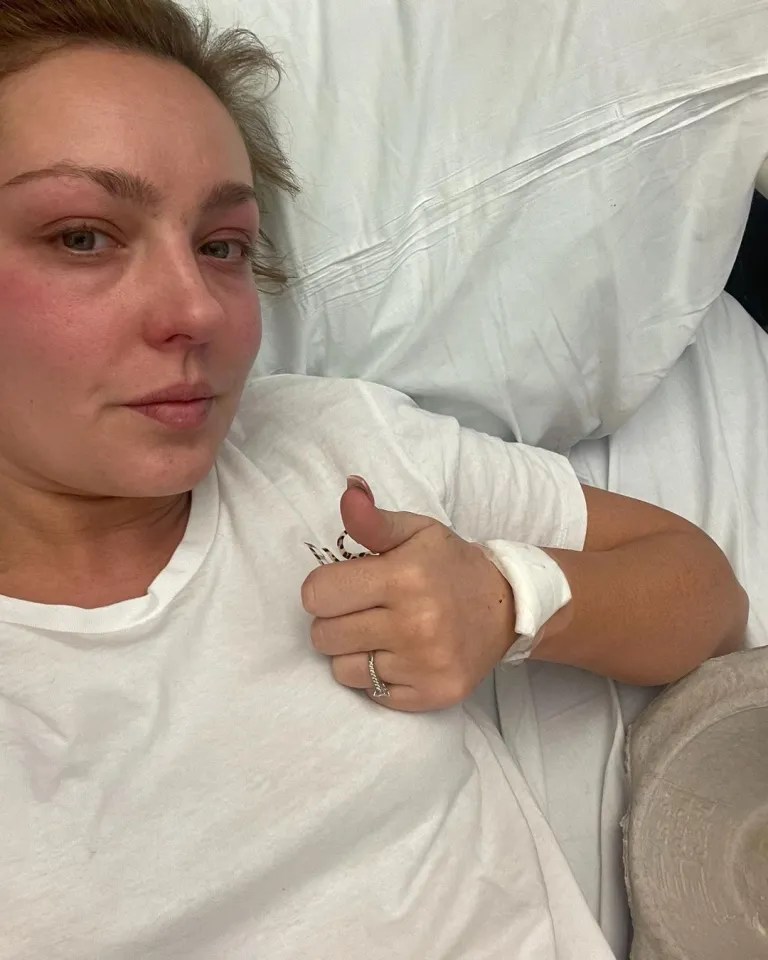 Last night, Amy told followers that she was missing from Strictly's live show on Saturday night after she was rushed to hospital in extreme pain due to her Crohn's disease, which she made a BBC documentary about in the past.

Throughout various social media posts, it has been revealed that Amy was with Tom and fellow Stricly 2021 contestant Sara Davies when she fell ill – and Tom had to carry her out of the house to the ambulance.

Since she was discharged, Amy has been living with Tom, his wife Gi, and their three sons – seven-year-old Buzz, five-year-old Buddy, and three-year-old Max.

She has been wearing Giovanna's clothes, Tom's Star Wars socks, and is being given breakfast of burnt toast from her former dance partner – as well as sweet Get Well Soon messages from the kids.

Amy explained that her fiance Ben Jones was in Blackpool for work when she suffered the flare-up, but Tom has been more than happy to step up to the plate.

Sharing a selection of photos taken over the last few days, Amy included snaps of herself in her hospital bed as she explained what has happened.

She wrote: "I had an unexpected Crohn’s flare up and hospital admission in which I received unbelievable care. I’m recovering very well and certainly being well looked after and look forward to returning to the dance floor.

"Big thanks to lovely @saradaviescc and @tomfletcher for taking care of me (of all the days to be poorly, Ben was in Blackpool with the dance school).

"To the Fletchers, who made sure I had everything and more at the hospital, have brought me back to theirs where the whole family are giving me all the love, care, burnt toast (Tom), unlimited supply of @mrsgifletcher clothes along with @tomfletcher sock choice😜 you could possibly need, lots of drawings and pretend injections from my new doctors Buzz, Buddy and Max.

Rest assured, the Fletchers are taking care of her."

Tom shared her post to his own Instagram page, calling Amy "the strongest person" he'd ever met as he added: "Being with her during a Crohn’s flare up this weekend was a pretty scary experience to say the least!

"So glad @saradaviescc and I were with her to do what we could until the ambulance arrived (although Amy doesn’t even remember Sara donating her extra pair of trousers or me heroically carrying her into the ambulance in my crocs 💪🤦‍♂️).

"She’s home with us now and back to chatting non-stop and drinking her way through our supply of teabags, so I think she’s on the mend. Rest assured, the Fletchers are taking care of her."

Giovanna said of Amy: "A stay in hospital left her depleted and exhausted, so I can’t tell you how happy I was last night to return home to see her smiling and chatting (if only for short bursts)."

Tom and Amy were eliminated from Strictly after Musicals Week, with many viewers being outraged at the time as they accused the series of being "fixed". 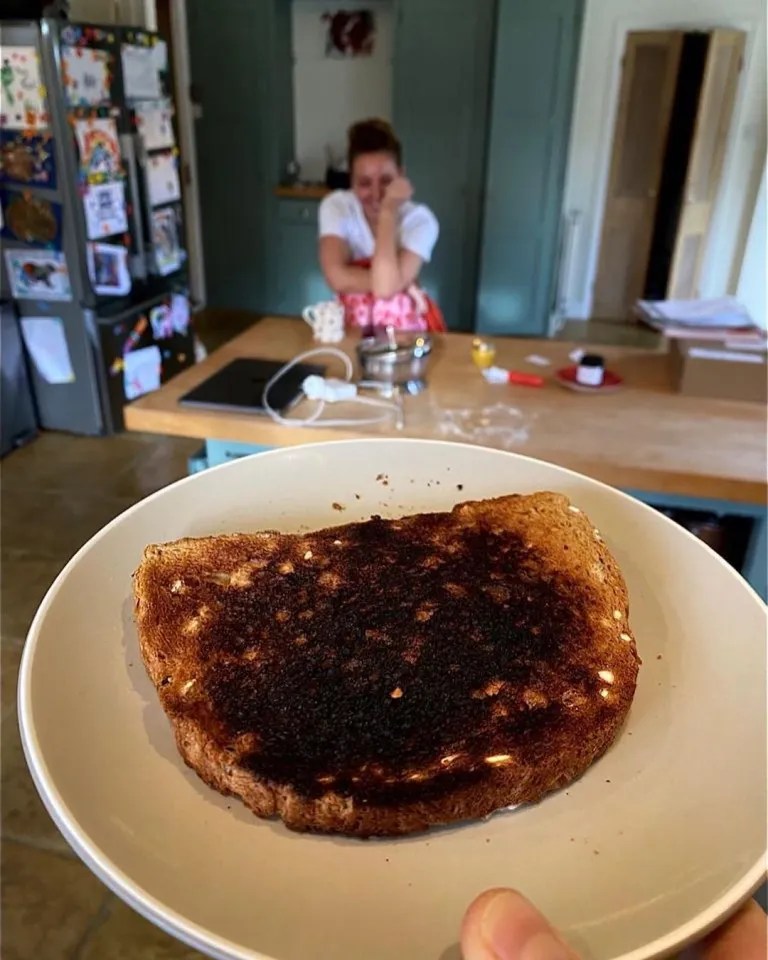 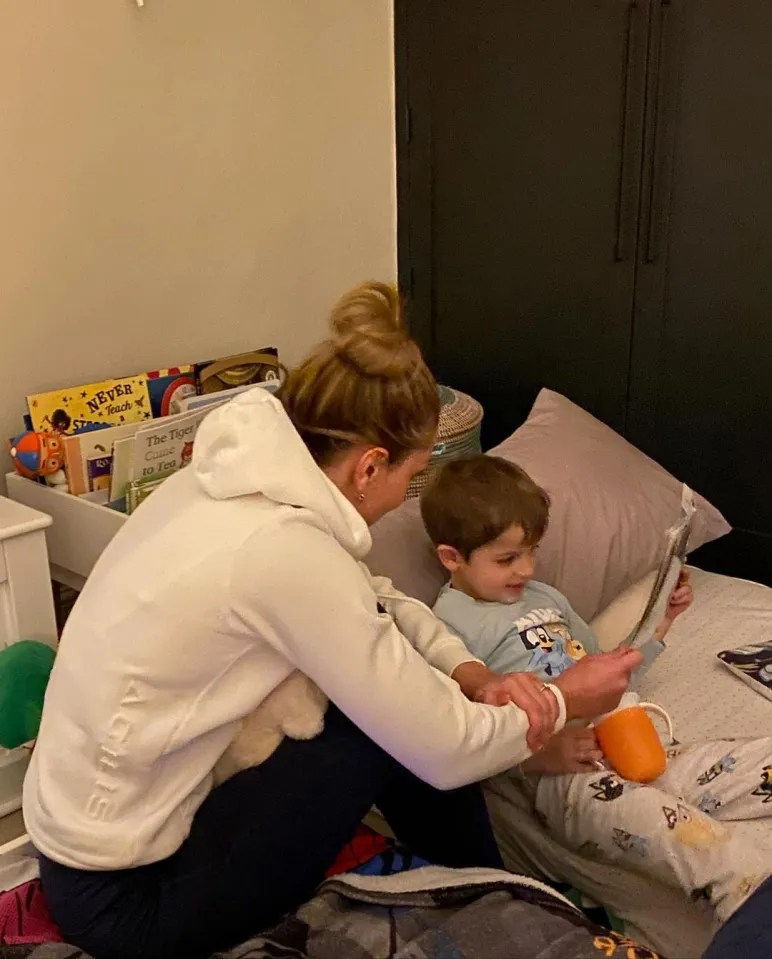 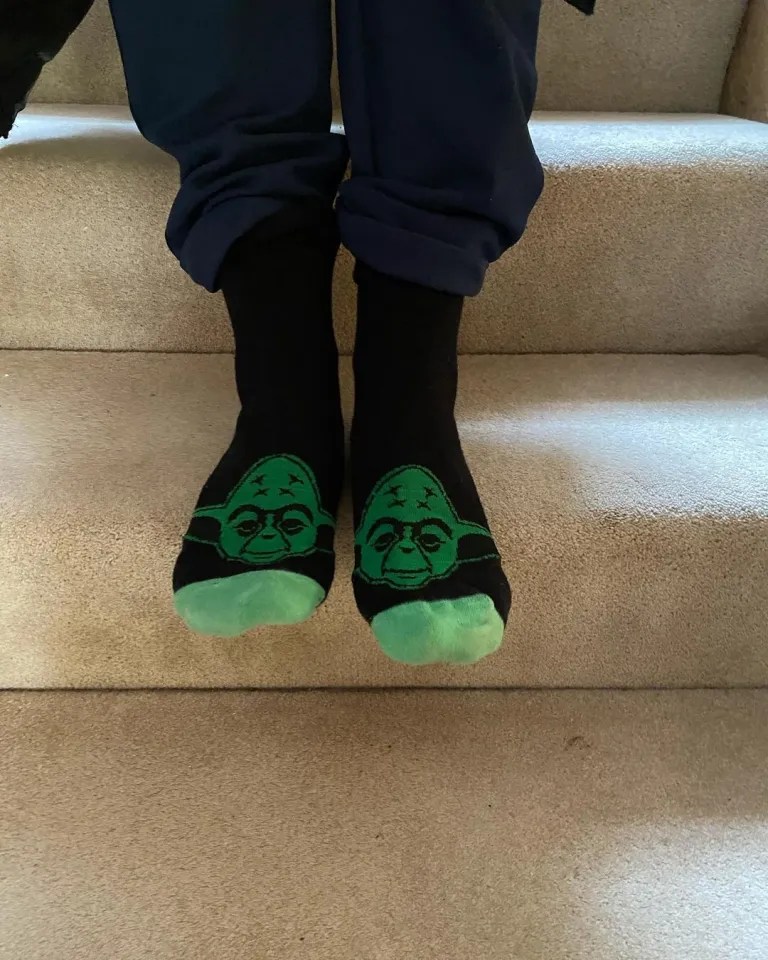 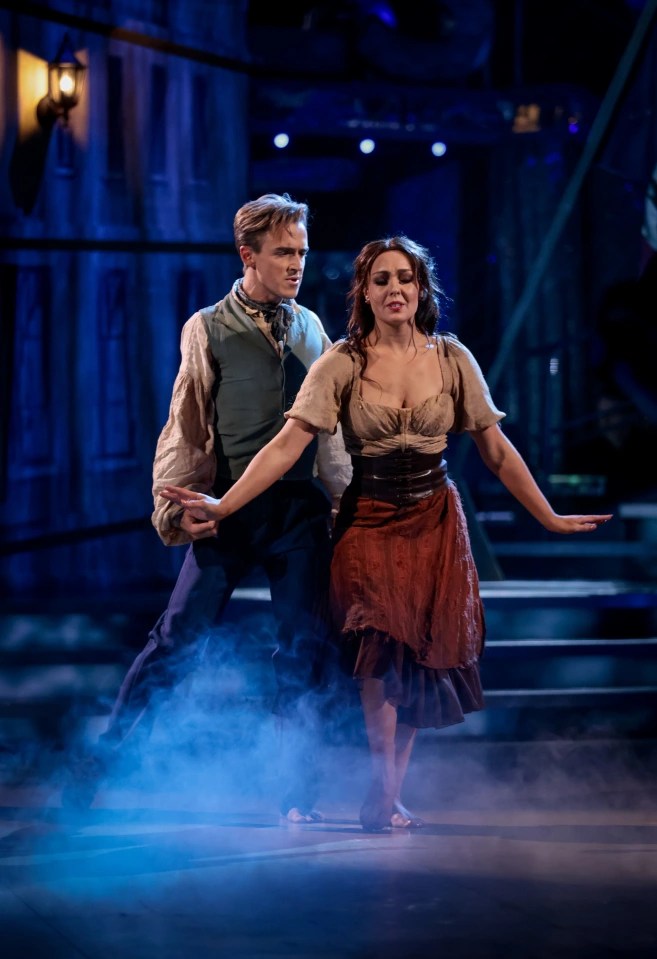 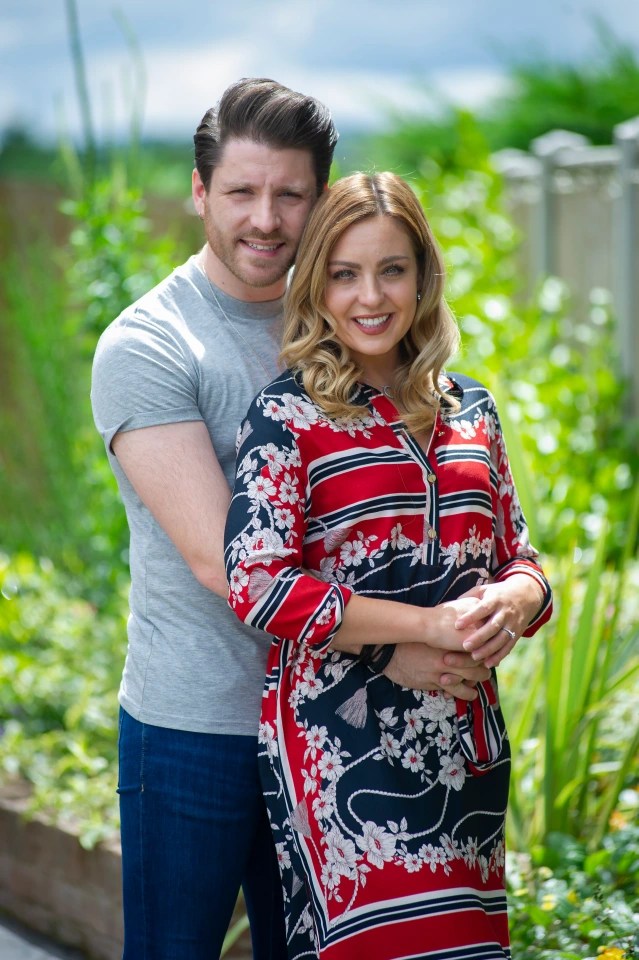 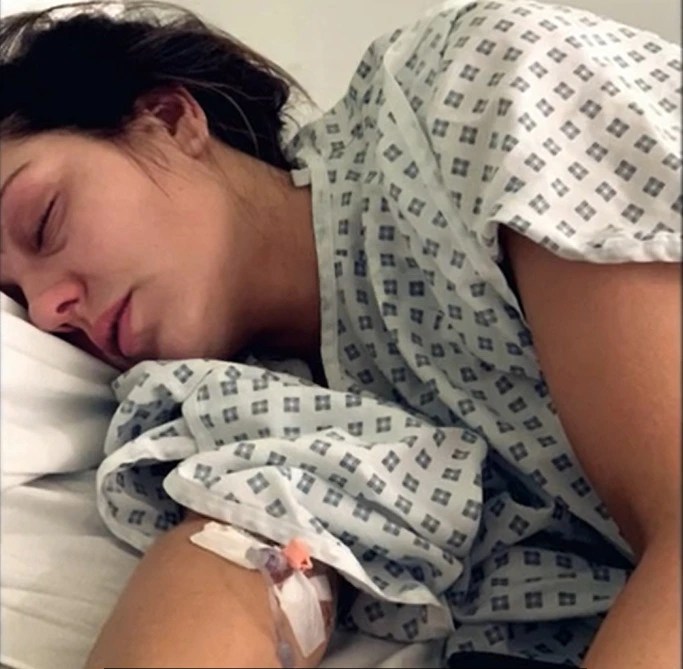