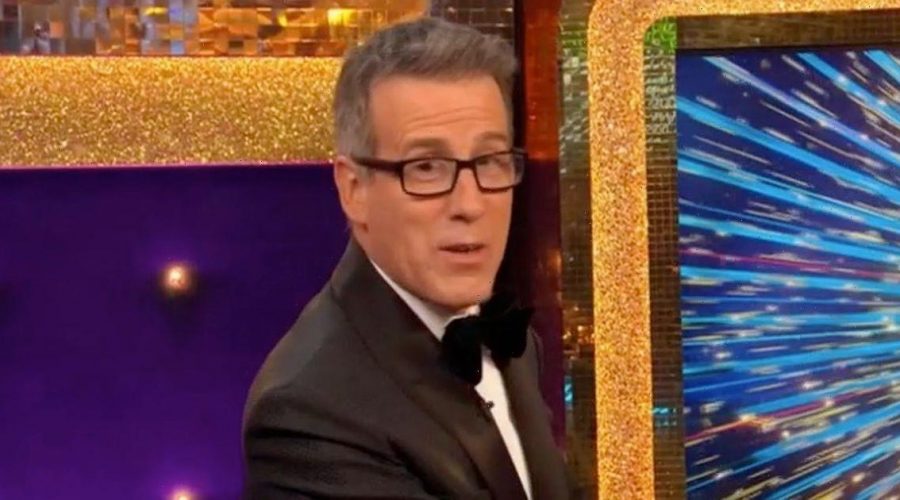 Anton had been gushing about finalists Rose Ayling-Ellis and Giovanni Pernice’s partnership, when Craig Revel Horwood joked that he was enjoying being on Anton’s show.

Speaking about the Rose and Giovanni, Anton said: “It’s so joyous to watch. I love their partnership. I believe in their partnership; I don’t believe they’ve just been thrust together and told to ‘go on, go have a dance’.

“It’s as though they were meant to be together, and I love it. I’m sort of swept away by it, and it’s such a beautiful thing to watch. So, it’s not the technique I love so much, it’s the emotional quality of everything.”

Anton then went on to say more before Craig interjected.

He said: “I’ve loved being on your show by the way. It’s been great.”

“Thanks very much for the invite,” Craig added as the rest of the judges and Claudia were in stitches.

Anton replied: “Thanks very much for joining me”, as Claudia got out of her seat and ushered Anton into the one she was sitting on.

Sitting in Anton’s chair, Claudia then urged Anton to ask her some questions when he turned to the camera and said: “Thanks for joining me on an audience with Anton Du Beke,” and, in true TV host style, jokingly asks the first act of the evening to “take it away”.

Anton has long been a supporter of Rose and Giovanni, and branded their performance with a silent moment to pay homage to Rose being deaf as the "greatest thing" he's ever seen on Strictly.

The dancing duo kept the emotional moment a secret until the night, and explained their reasoning for this to Rylan on It Takes Two.

“We didn't (tell anyone about it) so it was a secret because it was such a special moment,” Giovanni said.

"So I’m very proud and privileged, you gave me a chance to come into your world and me to be able to show the story, that it is a positive story, it really is."

Discussing Anton’s comment, Rose added: “I couldn’t believe it, I thought that was a lovely thing to say!"

This season of Strictly is Anton’s first judging gig, and many fans of the hit BBC show have voiced their hopes that it will become a permanent position for him.