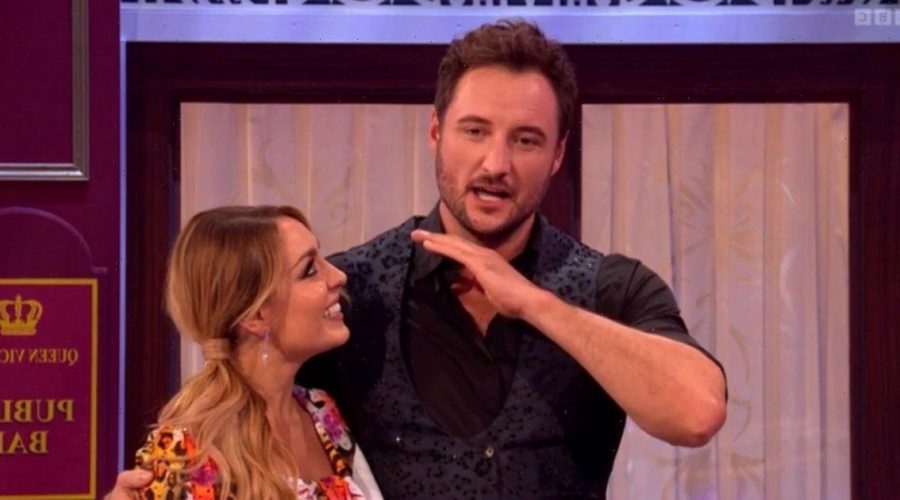 Strictly Come Dancing star James Bye could be the next person to leave the BBC One show, fans have predicted.

The EastEnders star, who is currently dancing up a storm with his partner Amy Dowden, may fail to impress the judges this week as the competition becomes even more intense.

One Reddit user has shared their prediction based off previous performances and successes as they declared Molly and Carlos – who were nearly booted out last week – would top the scoreboard with their impressive moves.

Sadly, James and Amy are set to be right at the bottom with an overall score of 24, the fan has predicted.

It follows reports the pair are set to take on a "first" during Halloween week with lifts that "have never been done on Strictly before".

The pair had teased the news on Strictly's It Takes Two as they revealed they would be dancing the Charleston for Halloween week on Saturday, October 29.

James said: "There's going to be loads of lifts. Whenever we've done a dance so far one of your feet has to be on the floor, whereas now, two feet in the air.

Amy explained that some of the lifts "have never been done on Strictly before", adding "they are risky, they really are."

The risky lifts could cause James and Amy to lose more points than gain, and as a result a fan has shared their theories on James' exit, suggesting they would be in the bottom two alongside Ellie and Johannes.

The fan stated they believe all judges bar Shirley Ballas would vote to save Ellie and Johannes and ultimately James and Amy will be sent packing from the competition.

Fans backed the theory with one user writing: "Looks pretty accurate in my opinion, although I think James will be above Tony and Kym as it's not difficult to score high on Charleston."

Another added: "I see James in the bottom two."

However, James' risky moves could pay off and see him sail into the next week – but only time will tell.