Tayshia Adams is engaged! Just weeks after answering the call and filling in for Clare Crawley after her departure on this season of The Bachelorette, Tayshia fell in love, and her biggest dreams came true.

The 30-year-old started off part two of her season finale on Tuesday night with three men — Zac Clark, Ivan Hall and Ben Smith — but after eliminating Ivan over religious differences, and saying goodbye to Ben after his meeting with her family, she was left with just one suitor.

Zac was the last guy standing when it came time for Tayshia to hand out her final rose. He proposed, and Tayshia said yes! 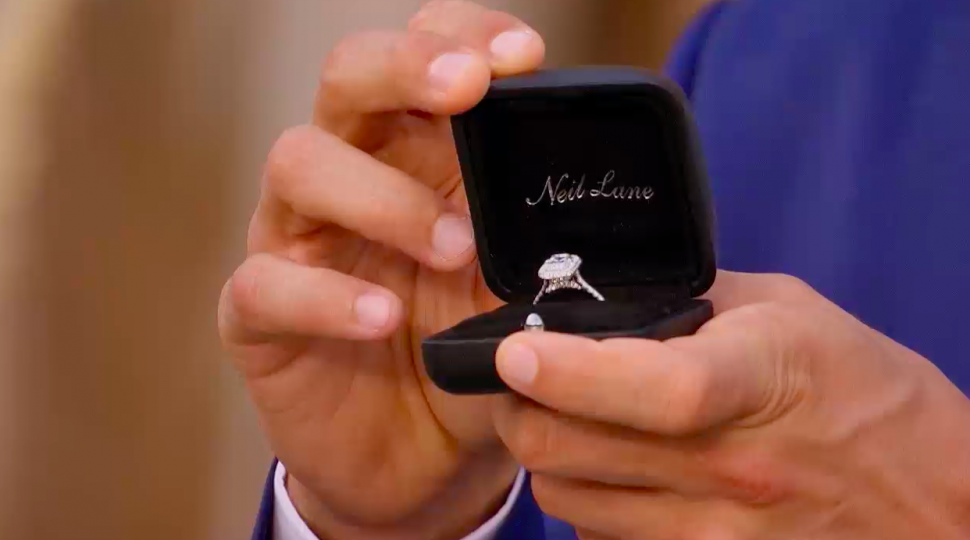 “That first night when I got here, I was extremely excited about the possibility of finding love, but also very nervous and scared, because I didn’t know if finding true love was possible,” Tayshia admitted. “When I first met you, I thought to myself, ‘He’s different, and that man is kind. He shows gratitude, and has the biggest smile. He has been through a lot, but has never given up. But also has learned how to read me better than really anyone ever has, and knows how to comfort me when I’m down.’ There was one point in my life when I thought I would never get married, because of all the pain and the heartbreak I had been through, and I hit absolute rock bottom. And I know that I told you that I love you, but… it’s more than that.”

She continued, “It’s this wild, wild love that I have tried to come up with so many reasons to not believe, and you have truly just made me believe there doesn’t need to be flaws, and that I deserve a love with a man that won’t run away. You’ve truly woken up my heart, and yes, it is real, I feel it too. And I want to make more traditions and jump into fountains all over the world with you. I’m ready to hail a taxi. And I’m ready to start a life with you. But also, I love you, Zac Clark. And I’ll do absolutely anything to keep that huge smile on your face, because you do everything to keep a huge smile on mine.”

After affirmation from Tayshia, Zac prepared to get down on one knee.

Zac took the ring box out of his pocket and kneeled. “Marry me,” he said, as Tayshia burst into tears of joy.

Tayshia’s connection with Zac was special from the beginning, and in a November interview with ET, she gushed about his “depth.” “He is different,” she said of the 36-year-old addiction specialist. “He is someone that has depth to him, was willing to go to those places. I’m telling you, these guys are vulnerable, they’re open, they’re honest, they’re real.”

ET’s Lauren Zima will be recapping everything that goes down, directly after Tuesday’s episode. Watch ET Live on your Roku, Apple TV or Amazon Fire TV or you can stream on Pluto TV and Samsung TV Plus.

23/12/2020 TV & Movies Comments Off on Tayshia Adams Gets Engaged in 'Bachelorette' Finale: See Her Ring!
Lifestyle