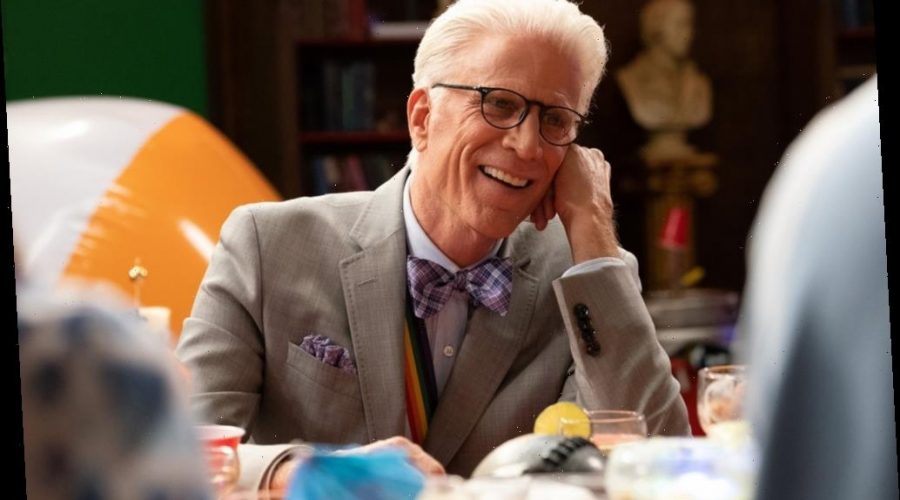 Ted Danson is onto the next!

The actor, who said farewell to his beloved character in The Good Place early last year, has taken on his newest role in NBC's Mr. Mayor, premiering Thursday.

"The Good Place ended and then months later I started shooting Mr. Mayor," Danson, 73, tells PEOPLE. "Then you throw in the pandemic — we had a nine-month hiatus. It doesn't seem like I'm leaping quickly into something else. I am blessed to be able to go from one thing to another. That is an amazing luxury as an actor, but it doesn't feel too quick."

Mr. Mayor, which also stars Holly Hunter and Bobby Moynihan, follows a retired businessman (Danson) who runs for mayor of Los Angeles — and to Danson, his newest role reminds him of a character near and dear to his heart. "There is a slight similarity, besides the fact that I'm playing both parts — part of the humor of both Michael in The Good Place and Neil Bremer in Mr. Mayor is they are so far over their head they have no idea," Danson says. "They are so entitled."

"Michael had no idea that Kristen Bell's character was so much smarter than him, and out-thought him at every turn. And the same is true for Neil Bremer," he continues. "He is that 72-year-old billionaire white man who should not really still be up at bat, but somehow is, and there's much fun to be poked at his expense."

And much like the fan reaction to The Good Place, the actor says he hopes viewers will be "delighted" with his upcoming project.

"So everyone feels blessed to come to work on something like this, and especially during this time," he adds. "Not everybody gets to go to work. And so we're incredibly lucky."

Last January, Danson said farewell to his role on The Good Place after nine seasons.

"We had a wonderful goodbye," he previously said on the Today show. "It was really lovely because we had the whole year to say goodbye. We knew it was ending."

In the series finale, Michael (Danson) and the crew restructured the "Good Place," allowing people to leave the afterlife once and for all whenever they felt ready. One by one, each character fulfilled their destiny before making their grand departure.

"It was perfect. It was an absolutely perfect goodbye," Danson said. "It's how you hope the universe works, really." 07/01/2021 TV & Movies Comments Off on Ted Danson Compares Mr. Mayor Role to The Good Place's Michael: 'Much Fun to Be Poked at'
Lifestyle