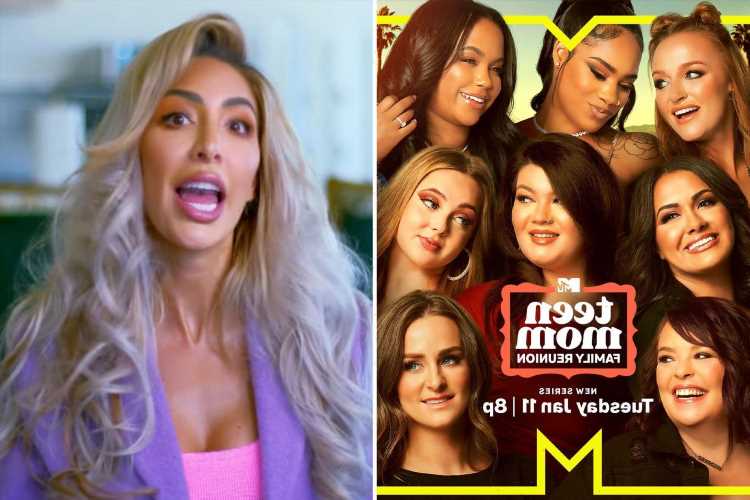 TEEN Mom fans were shocked to see a major cast member missing from the new poster for the franchise’s Family Reunion spinoff.

Stars from Teen Mom OG and Teen Mom 2 came together to film the drama-filled series, which premieres Tuesday night, though not all of them made the latest promo image. 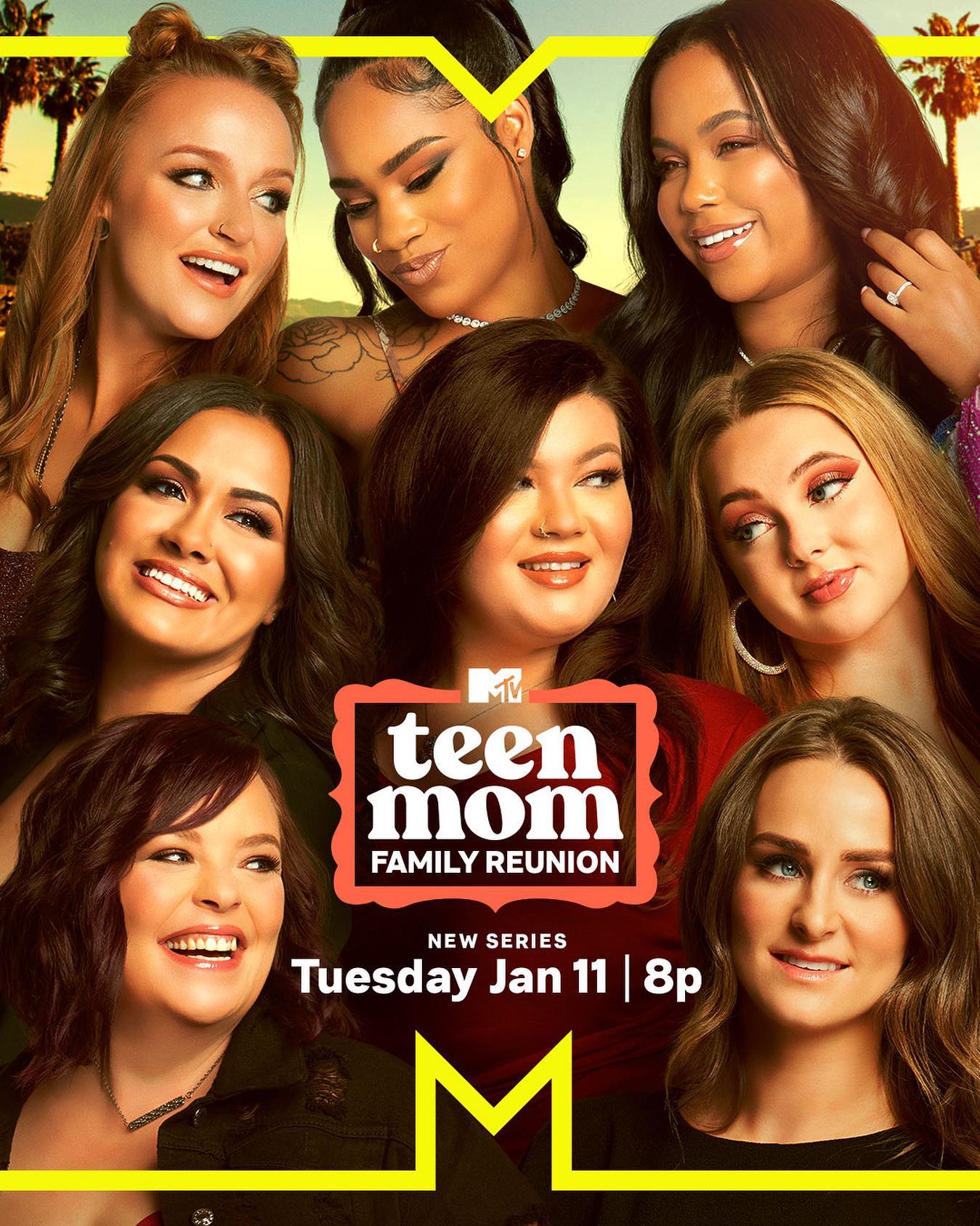 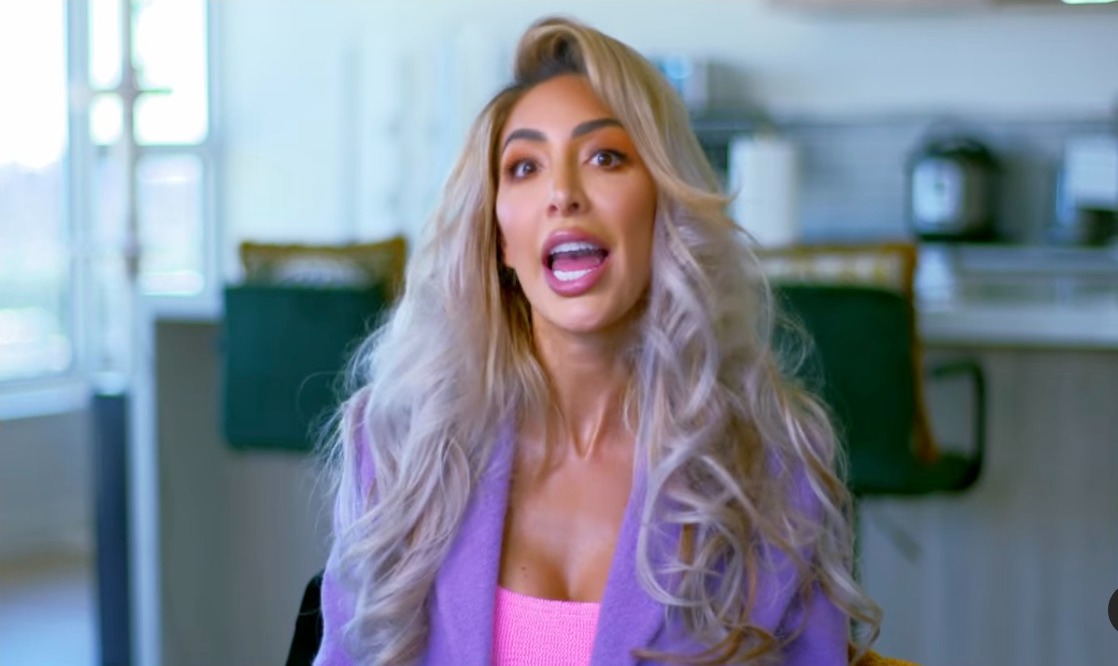 While the series features a bunch of Teen Mom stars coming together for one crazy, chaos-filled vacation, Farrah’s participation was reportedly a complete surprise to the others.

Aside from seemingly being made out to be the outsider during filming, she was also apparently left out during the photoshoot for the series, as well.

A bunch of the stars shared the show’s new promo poster, which features most of the cast all together, smiling or grilling at their co-stars.

Fans all commented the same thing about the photo, writing to ask where Farrah was.

One demanded after seeing her missing: “We want Farrah!”

Another confused follower asked: “Where’s Farrah? Heard shes gonna be on it.” 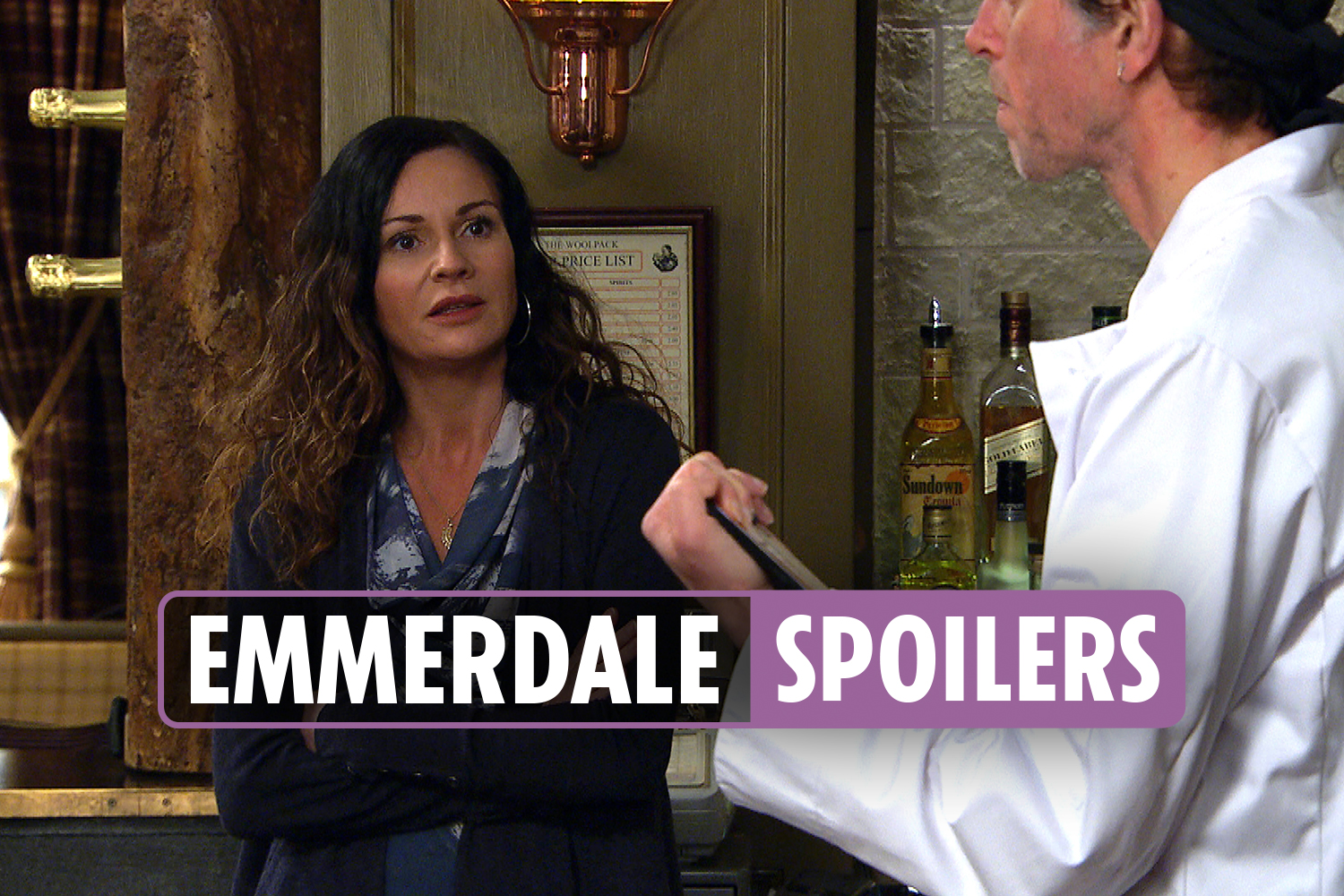 Emmerdale spoilers: Chas and Marlon get bad news over the Woolpack fire

A third thought it was kind of funny that she was left out, writing: “I love that Farrah isn't in the pic but is on the show.”

“Back-to-back premieres of #TeenMomFamilyReunion + #TeenMomGirlsNightIn all starting TONIGHT at 8/7c on @MTV!”

Last month, Farrah claimed she was physically "ATTACKED" by her co-stars while filming the spinoff show, as she encouraged them all to "do better."

While speaking to TMZ about any of the drama that happened while filming, the TV personality admitted: "I think I could walk through the door and dramas going to happen, sadly.

"I just warn others to keep their hands to themselves. Do not sneak attack a woman and do not gang up on a woman because I don't handle that too well," she warned.

"So that's kind of what happened to me."

"So you're saying there was some physical drama?" the interviewer inquired.

"Yeah and I think people should not physically attack you, especially after Covid and our real-world of news. Don't touch people," she finished.

Farrah made a surprise appearance on the new network special after she was axed in October of 2017 for taking part in a sex tape.

The spinoff appears to also feature an explosive brawl between Cheyenne Floyd and franchise alum Farrah.

Farrah was seen yelling "you guys are adults" towards her old castmates in another teaser, igniting tensions with several of the girls.

Then, Cheyenne flipped a white table covered in red solo cups towards Farrah as she screamed back: "Let's talk then b***h! Let's do it."

The ex MTV star held up her hand in defiance saying: "NO" as the mother of two stomped away from the explosive scene.

Though she wasn't part of the promo poster, Farrah worked to do some of her own promotion for the show.

In anticipation of the reunion limited series, she posted a clip of her and co-stars Amber Portwood, Maci Bookout, and Catelynn Lowell from 2011, as well as a more recent video of them.

She showed how the foursome looked completely different back then compared to now, especially with them all trading in their old hairstyles for brand new ones. 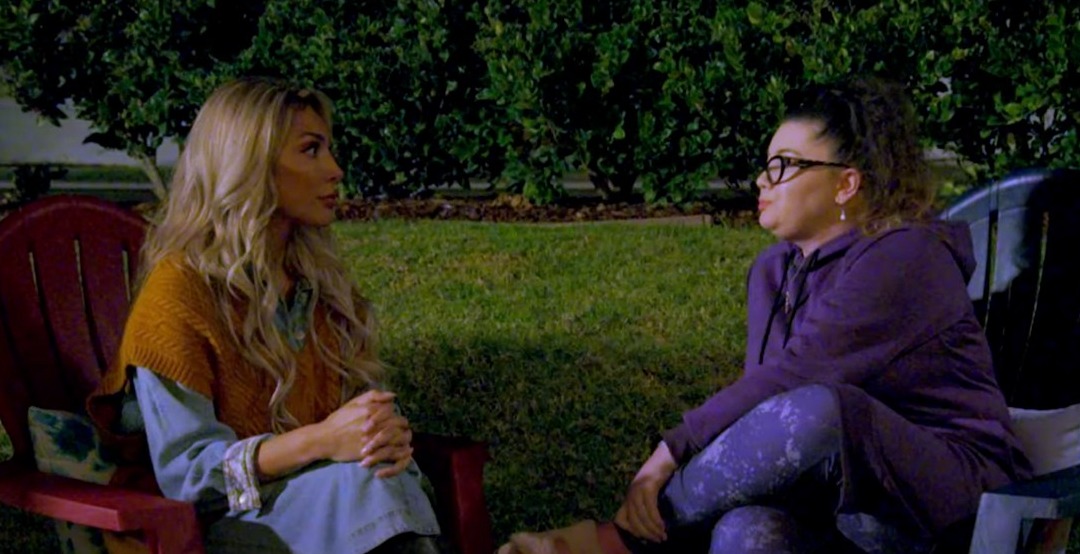 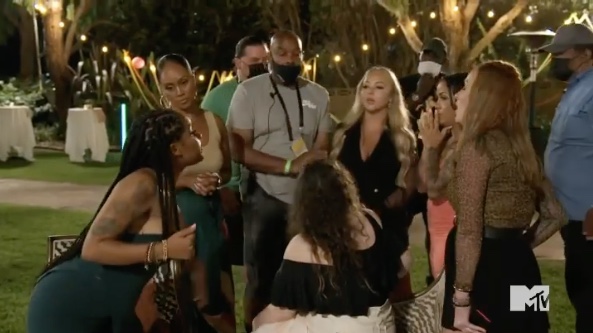