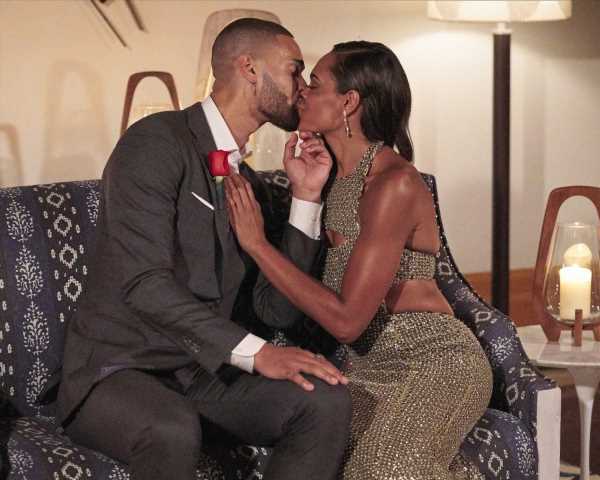 Michelle Young’s season of The Bachelorette has only just begun, and there’s plenty of romance in store this season. In the premiere episode, which aired Oct. 19, 2021, Michelle gave her First Impression Rose to Nayte Olukoya. That wasn’t the only first he received that night, either. He was also the recipient of Michelle’s first kiss of the season. Let’s take a look at how often the First Impression Rose has predicted the winner and other reasons Nayte could win Michelle Young’s heart.

Obviously, first impressions count for something. Nayte may have received the First Impression Rose, but he was also the first suitor that Michelle met, period. We can imagine meeting the 30 men of Michelle’s season all in a relatively short amount of time could cause some of her suitors to blur together. However, the first person she meets is likely to stand out in her mind.

Previously, Jordan Rogers was the first person out of the limo on Jojo Fletcher’s season of The Bachelorette. Jojo also awarded Jordan the First Impression Rose, and the two became engaged in the finale. It might only be one example, but it bodes well for Nayte.

For those of you worried you may have missed too much of The Bachelorette Season 18, it’s ok. So far, only the premiere episode has aired, and we have a recap of it available. For the rest of the season, you can catch The Bachelorette airing on ABC on Tuesday nights starting at 8 p.m. ET.