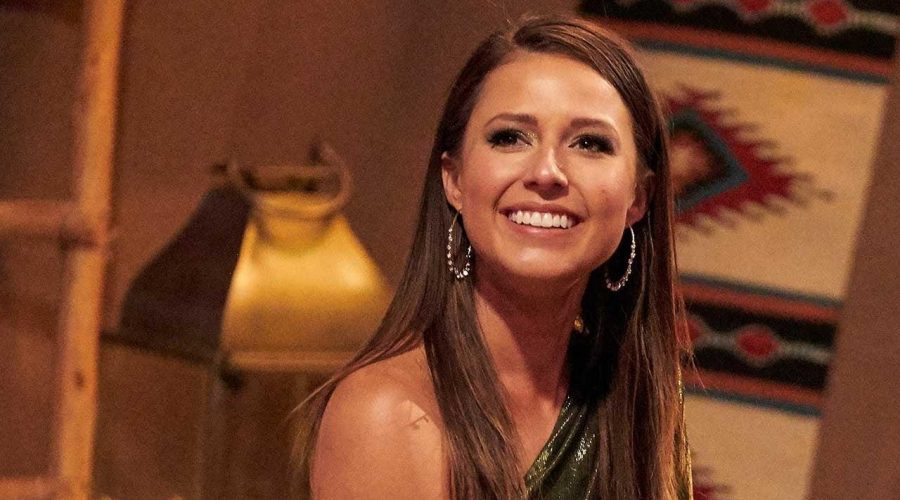 Katie Thurston’s relationships with her men reached new levels on Monday’s episode of The Bachelorette. The episode picked up right where last week’s left off, with the men confronting Karl for making Katie doubt her relationships with each of them.

After canceling the rest of the cocktail party and getting a sweet check-in from Greg, Katie began calling out names for roses. After Mike P. accepted his rose, he told Katie how all of the men felt about Karl.

“This isn’t something that we want to do right now because of what you’ve gone through, but we feel, as a unit, it’s our job to protect your heart and we’ve come together in solidarity that we think that, unfortunately, what Karl said wasn’t the truth,” he said. “As a unit, we feel that’s what you need to hear.”

Katie left the rose ceremony and told Kaitlyn and Tayshia that she was conflicted over the situation because she planned to keep Karl. She ended up listening to her men, though, and sent Karl home. Karl left without a comment to the men or to Katie.

The next day, Katie took her first group date of the week to see Nick Viall, who was there to hold the guys accountable. As the men sat down in a circle, Nick encouraged them to tell Katie things that they’re not proud of, including their past relationship mistakes and any ill intentions they had coming into the season.

Hunter was the first to open up, telling Katie through tears that he’s a divorced dad of two.

“We drifted apart and I failed at marriage. It doesn’t just affect me and her, it affects two amazing kids. I never expected divorce for myself. It’s absurd,” he said. “I tell you that because when I’m in that position again, I will cherish it. I will never stop maintaining that love.”

When it was Thomas’ turn, he confessed that, going into the show, he thought, “Worst-case scenario, I’d give it a shot, and yeah, you could build a great platform from it.” He also shared that he’s led women on in the past, and offered to tell Katie about “any red flag” she wanted.

Connor B. admitted he was “terrified” before opening up to the group, sharing that he had cheated on a past girlfriend during a period of his life when he frequently got blackout drunk.

“I got really, really drunk and I picked a fight with my girlfriend at the time. And then I went to a party, I got more drunk, I got high. I ended up cheating on her and kind of blowing up my entire life in one day,” he said. “From there, I read every self-help book I could find, I went to therapy, I talked to family, talked to friends, I tried to make amends where I could. But I really hurt somebody. I carry a lot of guilt with that.”

“All I can say is I don’t recognize who that person was and that’s not me,” Connor B. continued. “I used that to become a better man, to become somebody who deserves someone like you and who can stand up and confidently say that they are a better person in every way.”

After hearing many of her guys open up, Katie did the same, emotionally telling them about a time 10 years ago when she “was involved in a situation where there wasn’t consent.”

“I was in denial about what happened, so much so that I tried to form a relationship with him, because I didn’t want to believe what actually had happened,” she said. “When that didn’t work out, for years I had a very unhealthy relationship with sex. I didn’t want to have sex, which affects a relationship. I didn’t like talking about sex. It’s taken me a long time to get where I am now, being open and comfortable to talk about it, and loving myself, and accepting things I can no longer control.”

In a confessional, Katie revealed that, “For a long time, I felt responsible for being too drunk, too irresponsible, too stupid, but it’s not my fault. Because consent is important and I did not give it that night.”

“I feel like this weight has been lifted,” she said after telling the men. “I feel liberated.” 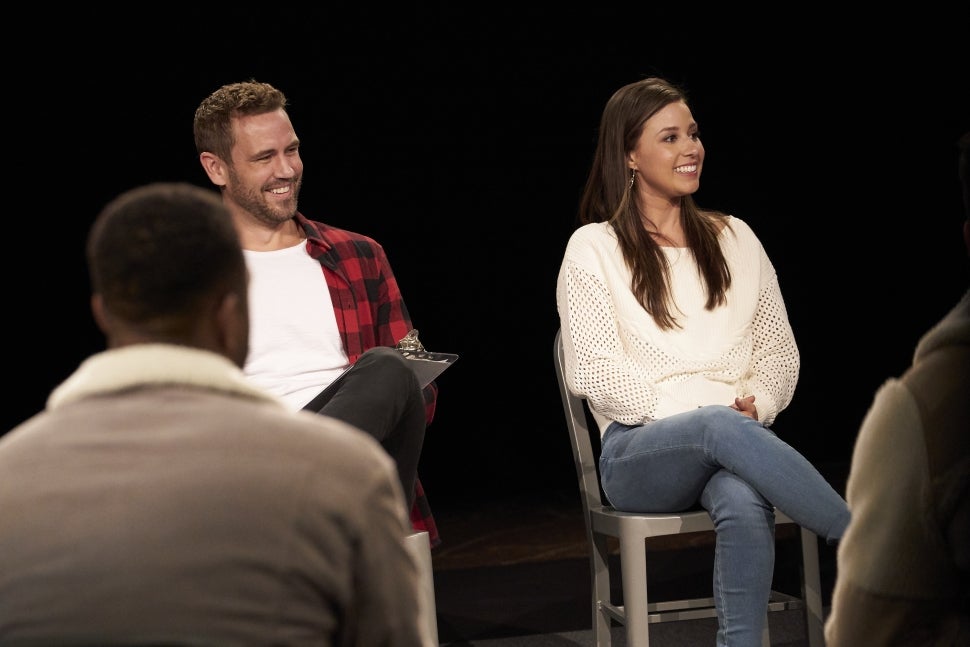 During the nighttime portion of the date, Katie had a sweet moment with Connor B., before questioning Thomas about those red flags he mentioned.

After Katie called Thomas out for “dodging a question,” he left their conversation without confidence. He decided to go back and talk to Katie again, and interrupted Aaron’s time with her to do just that. That decision led Aaron to call Thomas “a s**t human.”

Katie doled out the group date rose to Connor B., before turning her attention to Michael for their one-on-one date. Their day date of dune buggy riding went well, but it’s their dinner where their relationship really moved forward, as Michael told Katie that his wife, the mother of his child, died years ago after a cancer battle.

“As anybody who has lost somebody knows, the following days and months to rebuild your life without that critical piece in it is difficult,” he said. “In the end, what I have acknowledged is that I know what it’s like to love. I know what it’s like to give everything. I have finally gotten to this place where I’m ready to open up my heart. The way I look at this is, what a gift to be able to fall in love twice.”

Katie gave Michael the rose, and revealed her feelings toward him in a confessional. “With Michael, I feel like if we walked away from this together, it would truly be a forever kind of love,” she said. “That’s what I want leaving here. I think this could be the start of me falling in love with Michael. It’s so unexpected.”

Back in the house, the guys were still focused on Thomas. Hunter decided to question him in front of everyone, and, after Thomas dodged their questions, he said plainly, “Yes, coming into this, one of the thoughts on my mind was potentially being the next Bachelor.” He went on to say that he did not feel that way anymore.

Connor B. said the admission was “messed up” and Tre noted that it was “insane to hear,” while Hunter was focused on what it’d mean for Katie, stating that his biggest fear was that she was “going to give up on this whole process and go home.”

The Bachelorette airs Mondays on ABC.