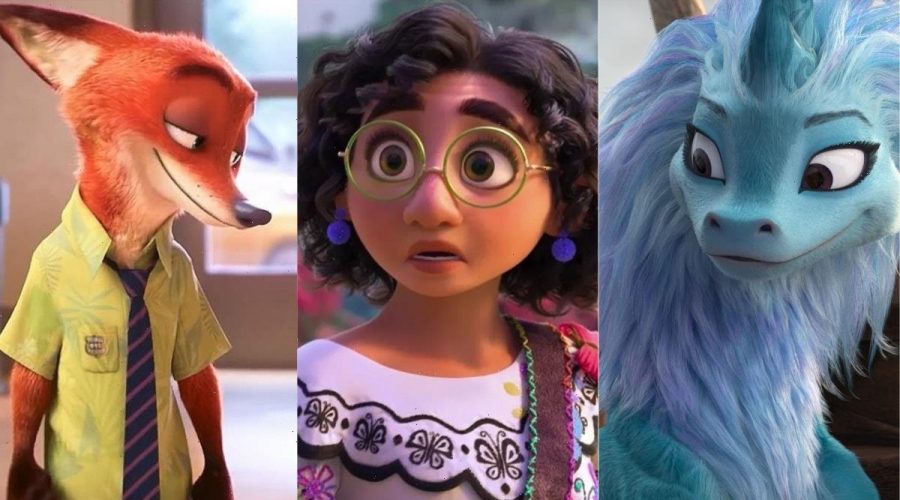 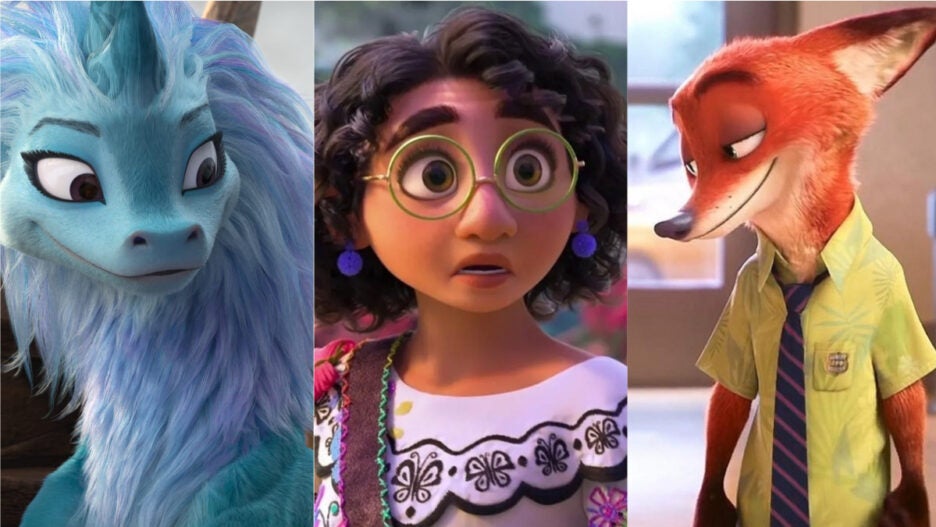 It’s fascinating just how much Walt Disney Animation Studios (as it’s now known) has changed since 2010. Back then, John Lasseter and the new creative team were just getting things realigned after the previous decade had left things somewhat in disarray. Now Lasseter is out, following a scandal that alleged sexual impropriety, and Jennifer Lee is ushering in a new series of films from diverse and hugely talented filmmakers. Arguably, the movies coming out of Disney Animation these days rival the so-called Disney Renaissance from the late ’80s to early ’90s. And it feels like they’re just getting started. The latest Disney Animated bauble, “Encanto,” was just released in theaters and will hit the Disney+ direct-to-consumer streaming service at Christmas.

With the new movie just out, we figured it’d be a grand time to look back at Disney Animation from the 2010s and see how we’d rank those films now. Where did your favorite land?

It’s a testament to how good this recent slate of Walt Disney animated series have been that “Ralph Breaks the Internet,” a wildly ambitious (and just as wildly uneven) sequel to surprise hit “Wreck-It Ralph” is the objectively “worse” film in the run. Part of the problem is that it was so instantly dated, with its up-to-the-minute (at the time) references to various platforms that no longer exist or fail to register as particularly relevant. The movie’s best, most unforgettable scene, co-starring all the Disney Princesses, takes place inside a website that Disney shuttered shortly after “Ralph Breaks the Internet” opened. Still, it’s a hugely enjoyable sugar rush (if you will) of irreverence and heart. We heart Ralph.

Again, “Frozen II” isn’t a bad movie by any stretch of the imagination. It is also, it should be noted, the most successful animated film of all-time. And it is wildly ambitious; occasionally as dark and foreboding like a fjord at midnight. But at the same time it feels a little bit like diminishing returns. The surprise of the first film is no longer there, and the final reveal is still somewhat incomprehensible. (What did Elsa and Anna’s mother have to do with all of this?) There’s much to love about “Frozen II” (in particular Kristoff’s 80s-indebted “Lost in the Woods” musical number), and its accompanying Disney+ documentary series (“Into the Unknown”) is deeply brilliant, but “Frozen II” is far from the best of the bunch.

Loosely (very loosely) based on a Marvel Comics series of the same name, “Big Hero 6” is a cuddly superhero fable about love and loss. After his older brother dies, young Hiro (Ryan Porter) inherits his genius brother’s pet project – a sentient health care robot named Baymax (Scott Adsit) who inflates like a Macy’s Thanksgiving Day balloon. (There’s also a revenge plot that doesn’t make a ton of sense or resonate emotionally but does provide a great excuse for elaborate action set pieces.) Directors Don Hall and Chris Williams’ biggest feat is Baymax himself – a squishy, sympathetic sidekick that instantly became one of modern Disney Animation’s most iconic characters. Fist bump.

Disney Animation enters the videogame age. “Wreck-It Ralph,” co-written by current studio head Jennifer Lee, follows a misfit videogame character (John C. Reilly) as he longs for something more fulfilling inside the arcade. It works as a sort of combination of “The Nightmare Before Christmas” and “Toy Story,” and succeeds thanks to Reilly and Sarah Silverman’s winning performances. “Wreck-It Ralph” showed that Disney Animation could be hip and modern (including some cameos from very famous videogame characters), concerned less with timeless royalty and more with the here and now. It was refreshing and even today still feels new and different.

Walt Disney Animation was on the upswing but “Frozen” took it out of the stratosphere. Based loosely on Hans Christian Anderson’s “The Snow Queen,” a concept that Walt initially toyed with making, first as a movie (it wound up as part of a tangentially affiliated anthology film) and later as a Fantasyland attraction. The stroke of genius of “Frozen” was having affable princess Anna (Kristin Bell) and snow queen Elsa (Idina Menzel) be sisters; it humanized the story and made the characters infinitely more relatable. With ear-wormy-y songs by Kristen Anderson-Lopez and Robert Lopez and lovable characters like warm hug-loving snowman Olaf (Josh Gad), “Frozen” was a surprise smash. And it snowballed – “Frozen” became the biggest animated hit ever and director and screenwriter Jennifer Lee now runs the studio.

Fraught by a seemingly endless development period, manned by top Disney animator Glen Keane (who would go on to make his directorial debut with Netflix’s “Over the Moon” 10 years later), “Tangled” was rescued by directors Nathan Greno and Byron Howard (who a couple of years before had similarly saved “Bolt”), who turned it into a sweet and sincere (but never saccharine) fairy tale favorite. It’s clear that screenwriter Dan Fogelman (who would go on to create “This Is Us”) loves the animated classics from the Disney Renaissance period, as he crafts characters that are both classic and contemporary (Mandy Moore’s Rapunzel and Zachary Levi’s Flynn Ryder chief among them); the songs by Alan Menken and Glenn Slater have a similar vibe.

Released earlier during the pandemic in theaters and on Disney+ (via Premier Access), “Raya and the Last Dragon” is a no-holds-barred martial arts epic that also has a deceptively sweet core, all about the power of trust and how our differences only mask our commonalities. Directed by Don Hall and Carlos López Estrada (whose background is in live-action indies), “Raya and the Last Dragon” takes place in a fictional southeast Asian land centered around a snaking body of water that looks like a dragon. When an evil force invades the land, it’s up to young Raya (Kelly Marie Tran) and her dragon sidekick (Awkwafina) to unite the lands and force out the darkness. “Raya” is all the more astounding given its tumultuous production history (which saw a fairly late stage overhaul) and the fact that it was mostly made at home.

Sure, “Zootopia” is a talking animal movie and a direct descendant of traditional Disney fare like their all-animal version of “Robin Hood.” But it’s also so much more than that, it’s a hugely resonant story about bias and prejudice that is set in a contemporary city not unlike our own sprawling metropolises. Ginnifer Goodwin is a small-town rabbit who travels to the big city to be a cop, and Jason Bateman is the slightly squirrelly fox who she ultimately befriends. A rousing buddy cop movie in the tradition of “48 Hours” (but with polar bears instead of Eddie Murphy), “Zootopia” also has some profound things to say about the way society works and our place within that society. Also that Shakira song rules.

Walt Disney Animation’s latest offering is also one of their best. Taking place in Colombia in the first part of the 20th century, “Encanto” follows the Madrigal family, who are each blessed with a specific, magical gift. That is, of course, except Mirabel (Stephanie Beatriz), who wasn’t given a gift but still has to save her family from potential doom. Featuring vibrant animation and some killer new songs from Lin-Manuel Miranda, “Encanto” is full of life and love and will leave you sobbing. And as the second Disney animated movie released this year (and the second one completed almost exclusively at home), it’s even more of an accomplishment.

The second feature Walt Disney Animation released in 2016 was “Moana,” a rousing, seafaring adventure that pairs a young girl desperate to leave her Pacific Island home (Auliʻi Cravalho) with an insecure demigod named Maui (Dwayne Johnson). Along the way they reunite the heart of an ancient god and battle coconut monsters in a sequence that could have been lifited out of “Mad Max: Fury Road.” The last Disney feature directed by Ron Clements and John Musker, the legends behind “The Little Mermaid,” “Aladdin,” and “The Princess and the Frog,” “Moana” feels like classic Disney in all the right ways, down to the incredibly hummable songs by Lin-Manuel Miranda. In the years since its release, the allure of “Moana” has only grown larger.

The only Disney Animation movie made in 2D since 2010 is also its very best movie in the same time. Weird, huh? If you’ve never seen this charming film, there’s a reason for it – Disney management at the time was unhappy with the film and decided to schedule it against the final “Harry Potter” installment. It’s so sad too because the movie is outstanding, a charming reinvention of the A.A. Milne character that beautifully harkens back to the earlier Disney theatrical featurettes but modernizes the property in all the right ways. Plus the songs, by Robert Lopez and Kristen Anderson-Lopez are top notch. They stand alongside the original Sherman Brothers tunes beautifully. If you’ve never seen “Winnie the Pooh,” it’s time to correct that. It’s on Disney+ right now!