The Big Bang Theory characters have always been presented as stereotypical science nerds, meaning it is no surprise the gang spend a lot of time at their local comic book store known as The Comic Centre of Pasadena.

Whether it’s the episode of the Stan Lee signing which landed Sheldon (played by Jim Parsons) in jail, or him having words with his arch enemy Wil Wheaton, the comic shop has a lot of memories attached to it.

However, when it was time to choose a character to dress up as, the crew newer deviated outside of the DC characters.

When the gang are getting ready to head over for a night of fun they suddenly realise they all chose to dress in Flash costumes and argue over who has to change.

True to his character Sheldon said “See this is why I wanted to have a costume meeting.”

Leonard said “We all have other costumes, we can change.”

Raj then added: “or, we could all walk right behind each other all night and look like one person going really fast.”

Being the attempted womaniser he is, Howard put his foot down saying: “No, no no, it’s a boy girl party this Flash runs solo.”

However, this isn’t the only time the crew dressed up as DC characters as in the season four episode named “The Justice League Recombination” the crew entered a contest at the comic book store dressed as the Justice League of America. 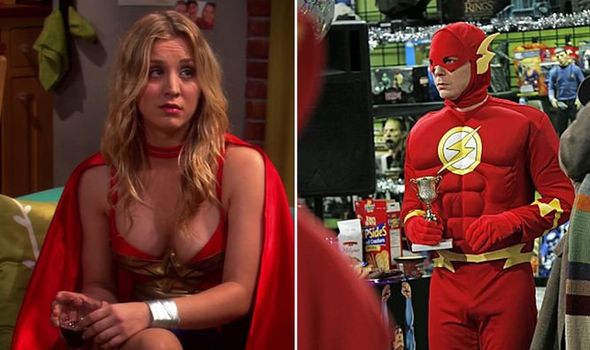 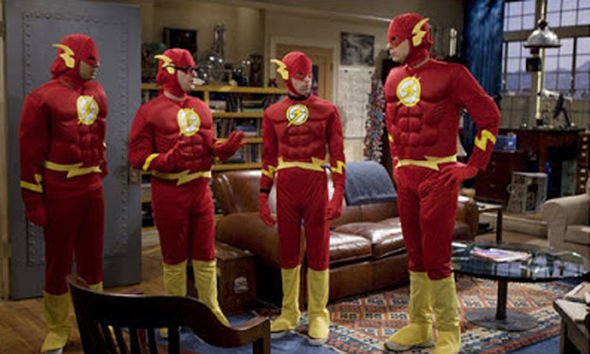 The episode sees Leonard dressed as Green Lantern, Howard as Batman, Sheldon as The Flash, Penny as Wonder Woman and Raj as Aquaman.

Moreover the episode isn’t the last fans saw of Raj’s aqua man costume as he later wears it to promote the comic book store to try and earn money for Comic-Con tickets.

The frequent DC appearances is no accident as The Big Bang Theory is owned by CBS, which is part of Warner Brothers who are the owners of DC comics.

This isn’t the first Easter-Egg fans have picked up on as fans also noticed something strange about Leonard and Sheldon’s apartment.

Those who watched the throwback episode where Leonard first applied to be Sheldon’s flatmate will remember all about the apartment flag, designed by Sheldon. 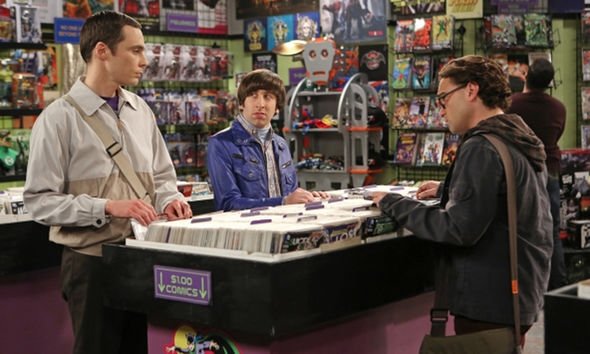 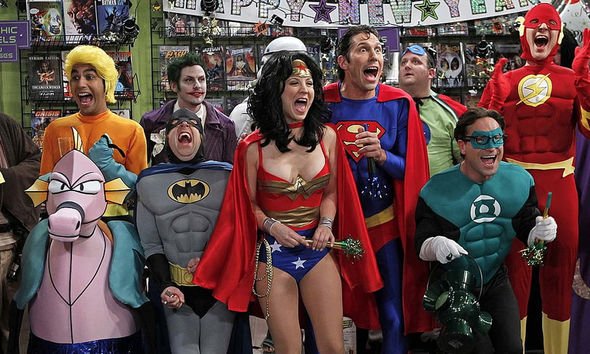 In true Sheldon style, the episode saw him give a strict warning that the flag must only be flown upside down when the apartment is in distress.

The flag quickly became a weapon whenever the pair argued as the episode named “In Property Division Collision” saw the pair come head-to-head over who owns the golden lion apartment symbol.

The iconic episode saw Leonard strip off and drape the flag around himself to annoy Sheldon.

However, the flag also came in the form of a fridge magnet, which fans may spot will be turned upside down whenever there is an argument between friends.

The Big Bang Theory season 12 is available on CBS and All4.