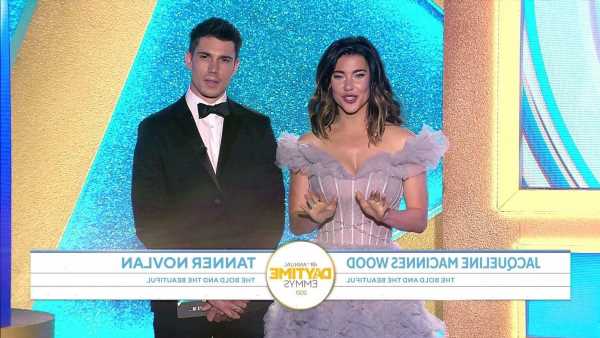 The Bold and the Beautiful created a stir when they revealed Sheila Carter (Kimberlin Brown) is Dr. John “Finn” Finnegan’s (Tanner Novlan) mother. Since her return, Sheila’s been trying to work her way into Finn’s life. Yet, her daughter-in-law Steffy Forrester (Jacqueline MacInnes Wood) won’t allow it. The storyline has brought excitement to the CBS soap opera, yet two important people are missing from the plot.

So far, Finn’s primary focus has been on his birth mother, and he seems to have forgotten about his adoptive parents. Jack and Li Finnegan’s (Ted King and Naomi Matsuda) last appearance came in August 2021. The couple and the Forrester family were appalled when Sheila crashed the wedding reception.

Although Jack’s made a few appearances since that occasion, he and Li have been absent in recent weeks. The exclusion of Jack and Li is baffling to The Bold and the Beautiful fans. On Twitter, viewers are discussing the couple’s sudden disappearance. “This would be so much more interesting if we had Finn’s parents involved,” wrote one commenter.

Ted King returning to the show

There’s good news for The Bold and the Beautiful fans; at least one of Finn’s parents is coming back. On Instagram, King posted a photo from the CBS lot with the caption “Jack’s back!” and the hashtag #moremayhemtocome. When Jack was last seen, he was blackmailed by Sheila. In exchange for keeping their past affair a secret, Jack agreed to convince Finn to let Sheila into his life.

It’s unknown if Matsuda will be returning with King; however, loose ends need to be tied up. Li was furious when Jack confirmed he knew that Sheila was Finn’s birth mother all along. The revelation undoubtedly caused problems for the couple, and with Sheila harboring another secret, things will worsen for Jack and Li.

What does Jack Finnegan’s return mean for Sheila Carter?

Jack’s return will spruce up this storyline. Although Jack might have saved his marriage by going along with Sheila’s blackmail, he put Steffy and Finn’s relationship at risk. Jack could have a change of heart and decide not to go along with Sheila’s scheme.

Recently, The Bold and the Beautiful has been dropping hints that Sheila might be a victim in a murder mystery. Sheila’s made a lot of enemies over the years, and anyone could take her out, including Jack. Jack would be a suspect if the show were setting up Sheila’s death, and his secret would come to light. Although Jack may rid himself of Sheila, she’ll continue to wreak havoc on him from beyond the grave.

16/10/2021 TV & Movies Comments Off on 'The Bold and the Beautiful': Fans Perplexed by Jack and Li's Absence
Lifestyle