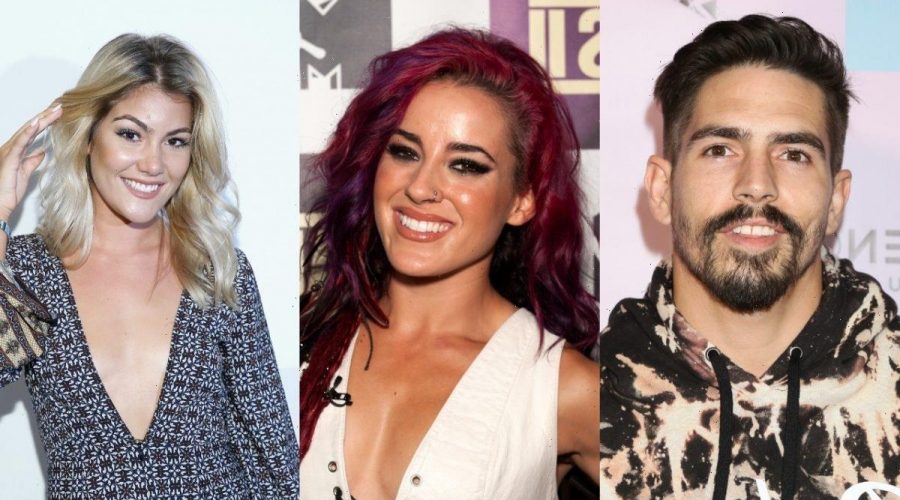 The two-time Challenge champion Cara Maria Sorbello notably refused to attend Tori Deal and Jordan Wiseley’s engagement party during War of the Worlds 2. Almost a year after the couple split, Sorbello shaded the pair while congratulating someone else’s proposal.

After dating for two years, Tori Deal and Jordan Wiseley returned for The Challenge: War of the Worlds 2 (2019), both winning two eliminations and turning coat to Team UK.

After one Proving Ground performance, Wiseley dropped to one knee and proposed to Deal, who enthusiastically said yes. Throughout the season, the lovebirds butt heads with another couple, Paulie Calafiore and Cara Maria Sorbello, as they attempted to run the house with their alliance, which didn’t include the engaged pair.

Following the proposal, the other cast members threw an engagement party for them. While Calafiore showed up and congratulated the couple, Sorbello memorably opted to stay in her room and read a book.

She felt she didn’t want to be fake, but others thought she should’ve put the game aside to celebrate the two.

Sorbello threw shade at them after their relationship ended

In Nov. 2020, Deal and Wiseley announced they decided to end their engagement and go separate ways. While Sorbello hasn’t previously commented on their split, she has doubled down on her decision not to attend the party, believing she made the right choice.

Over a year later, the veteran shaded the proposal in her Instagram Story, congratulating another couple for taking the next step in their relationship.

Alongside a repost of a fan proposing to his girlfriend, she added, “Contrary to what you saw on TV, I love celebrating engagements. I get all excited and creative when asked to do cameos to help propose or congratulate a new couple.”

The veteran closed her caption, throwing shade at Deal and Wiseley’s separation, writing, “I have a special sense for knowing when it’s the real deal,” seemingly implying the two had a fake relationship.

Deal and Wiseley broke up after three years of dating

The reality stars met during Dirty 30 (2019), but she had a boyfriend, Derrick Henry, at the time. By the end of the season, Deal and Wiseley fell for each other and decided to begin dating.

After their proposal and he winning War of the Worlds 2, earning $250,000, the two traveled, moved in with each other, and started releasing music together.

Shortly after she returned for Double Agents, in which he stayed home, and before filming for Spies, Lies, and Allies, the couple split, explaining they wanted to work on themselves more in Instagram posts. Additionally, they admitted public pressure played a role in their decision to move on from one another.

While Wiseley has teased a new relationship, Deal is still single. However, she has had flames as she continues to return for the competitive reality series, including two-time finalist Fessy Shafaat and rookie Kelz Dyke. The Challenge 37: Spies, Lies, and Allies airs Wednesdays at 8/7 Central on MTV.