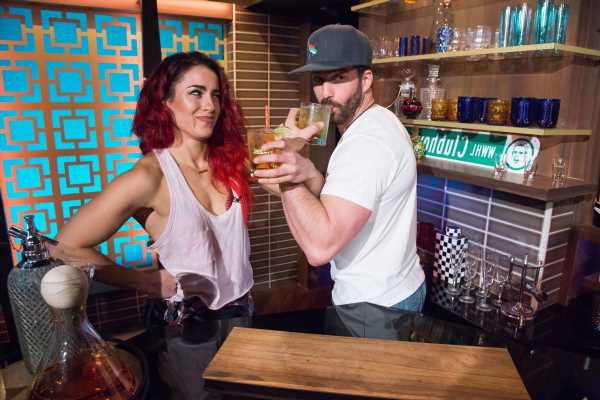 After 10 years, 14 seasons, and two wins, Cara Maria Sorbello has retired from The Challenge. She passed her crown to ally and close friend Kam Williams, calling her the “new face” of the franchise.

Posted to a slide on her July 28 Instagram Story, The Challenge champion Cara Maria Sorbello announced her retirement from the series.

She included a picture of a close friend and three-time finalist Kam “Killa” Williams, referring to her as “the only acceptable ‘new face’” of the franchise.

Sorbello continued, noting she didn’t receive the opportunity to officially retire from the series or “pass the crown” to another female player. However, she pointed out that she didn’t think Williams needed a coronation, claiming she entered the house with it already on her head.

In another slide, she shared a diary excerpt from Aug. 22, 2009, shortly before leaving to compete on Fresh Meat 2. Sorbello wrote she wanted to “put everything” into the series to use the money to pay off student loans and care for her late horse, Garnett.

The two-time champ added she accomplished that and more during her 14-season career, noting she also used her earnings to get Lasik surgery, buy a house and a car.

Therefore, Sorbello said she’s “thankful” for the experience and sent well wishes to the competitors still on the show before giving one last “goodbye.”

At the age of 23, the Massachusetts native debuted on Fresh Meat II (2010), picked by multi-season champ Darrell Taylor.

Although she had a couple of bad seasons (Battle of the Exes and Battle of the Seasons), Sorbello finished second a third time in Rivals II (2013), winning $17,500.

In 2014’s Free Agents, an injury sent her home early, but she returned for Battle of the Bloodlines (2015) alongside her cousin, Jamie Banks, where she clocked her first win, earning $125,000.

She hasn’t returned since ‘War of the Worlds 2’

Dating Big Brother star Paulie Calafiore, the two ran the house as a power couple and ensured their allies, including Williams, would reach the end.

Although the plan worked out, the competitors gassed out during the finals, resulting in the depleted Team UK taking home the win. Many fans didn’t enjoy the season, especially as almost all the Team USA members escaped elimination.

They also blamed the two for altering the rules as host TJ Lavin began requiring the players to win an elimination to compete in the finals.

While she and Calafiore made it clear they wanted to return for another season, the two reportedly haven’t received an invitation back to the franchise.

Sorbello retires sharing records for the most consecutive seasons competed in by a female, playing in the most seasons before winning, and most appearances in the finals. She also holds the record for winning the most eliminations (female) with 13. Additionally, she’s won a total of $592,250.