The Chase’s Bradley Walsh struggled to keep it together during Wednesday’s show after a contestant’s hilarious ‘Wetherspoons’ answer left him in hysterics.

The question which had him stumped was: ‘Which pub serves Betty’s Hot-Pot?’

‘Wetherspoons. I love it!’ Bradley said, laughing after the round had been completed.

Chaser Anne Hegarty was more forgiving of the very incorrect answer, assuring him by saying: ‘Everyone is entitled to a bit of a brain fart now and again.’ 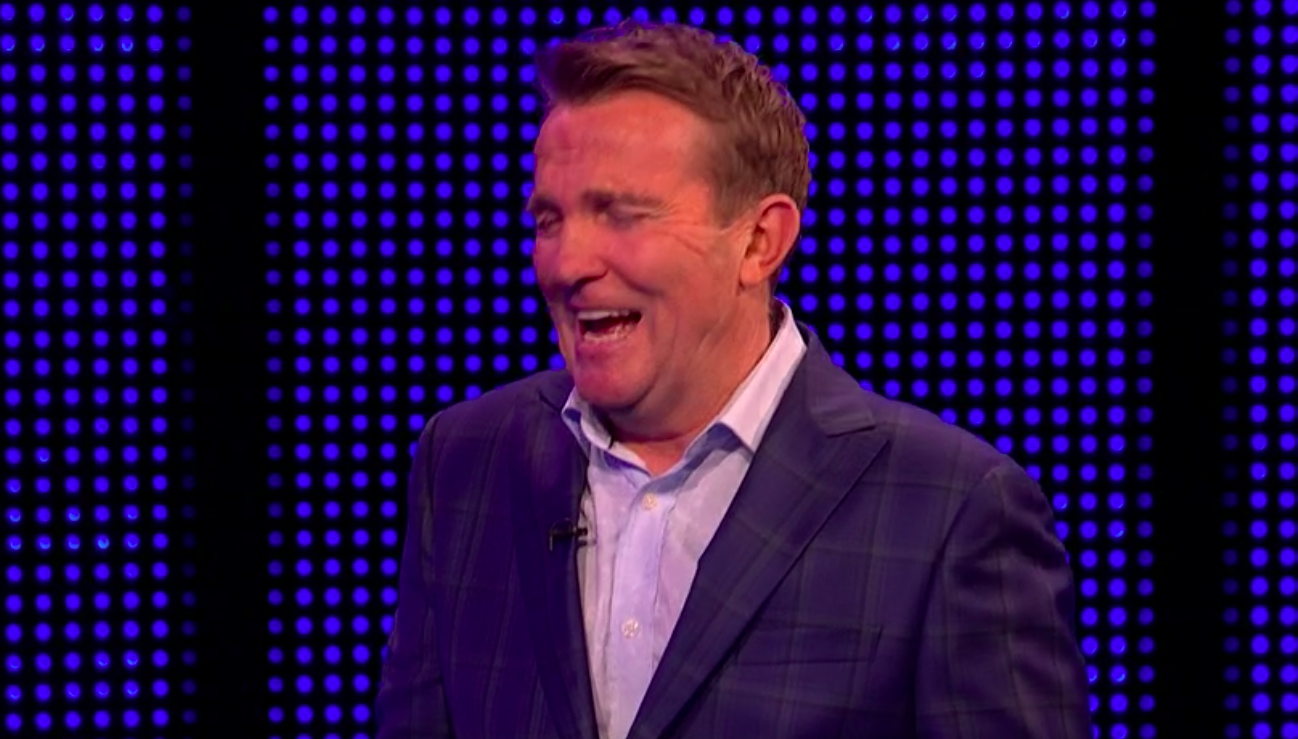 To make matters worse, the team were unsuccessful in the final chase and failed to take home the £15,000 they amassed during the cash builder rounds.

But Bradley wasn’t done there.

‘Now do you know the difference between Wetherspoons and the Rovers Return? Then come and have a go!’ the presenter added as he signed off on the episode.

Talk about adding insult to injury.

It comes just a day after The Chase viewers witnessed something truly remarkable after a 20-year-old contestant made history with an incredible £75k solo win.

According to Bradley, contestant Eden achieved the biggest win ever on a daytime TV show by a solo player.

He was the last of his team standing after making it to the final, making £3k in his cash builder and then choosing to go for the higher cash offer of £75k.

The Chase fans were also left unimpressed with the show after Josh, a contestant who is blind, was asked questions about the colour of snooker balls.

Astrophysics student Josh teamed up with fellow contestants Lesley, Phil and Jen on the show, with the team battling against chaser Mark ‘The Beast’ Labbett to win the cash prize.

The Chase airs on weekdays at 5pm on ITV.