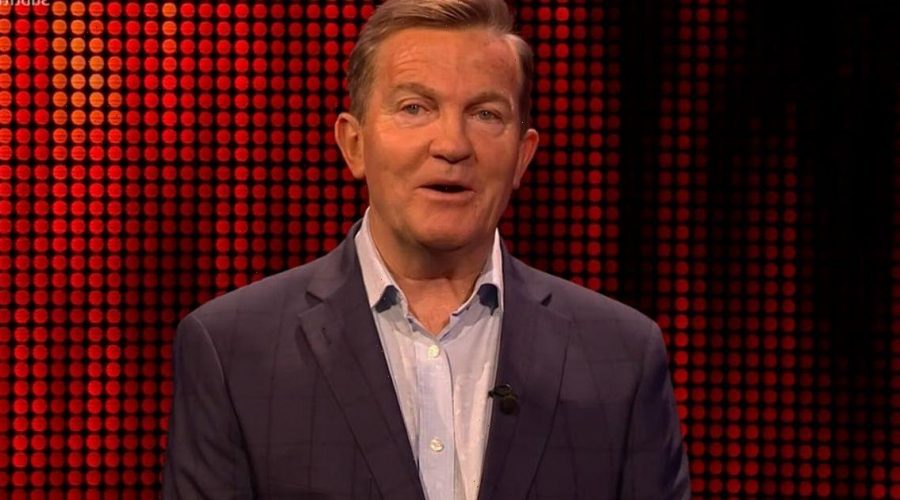 The Chase host Bradley Walsh poked fun at one of his Scottish quiz contestants during the latest of the ITV quiz show by asking him what he wore underneath his kilt for his wedding.

The cheeky presenter introduced Scotsman Patrick to viewers before the contestant took charge and tried to win the show's jackpot.

The marketing assistant from Edinburgh starred on Thursday's programme and revealed he had recently got married to his new wife.

Bradley quickly quizzed him on his wedding attire and asked if he wore anything under his kilt on his big day.

To which Patrick replied: "Not a lot."

Lucky Patrick sailed through to the next round and impressed the host and The Chaser Paul Sinha with his skills.

This comes a day after Bradley dragged a contestant to the back of the set and warned her to "watch it" during Wednesday's show.

Today's episode (October 20) of the ITV quiz series saw the 61-year-old presenter face off against contestant Christine while she was completing her solo chase with Darragh 'The Menace' Ennis.

Following an unusual question which both he and Christine answered correctly, Darragh said: "Turns out there's two things that spew out random things on this show. The computer that does the questions…"

Christine then added: "And Bradley," prompting the presenter to see red.

After pulling a mutinous face, Bradley grabbed Christine by the arm and dragged her back from the main set.

While laughing, Christine asked Bradley: "Are we going to have words?"

In response, he replied: "You better watch it, Christine.

"Coming here and making a fool of me, love. I don't need anyone's help."

He later added: "Watch it."

Bradley and Christine both then returned to the main floor to continue with Christine's solo chase.

Christine successfully returned from her solo chase to compete in the final chase alongside her teammates Sarah and Waseem.

Unfortunately, the team only amassed 15 points during their two-minute questioning, meaning they were ultimately caught by Darragh despite a number of pushbacks.

The Chase airs weekdays on ITV at 5pm