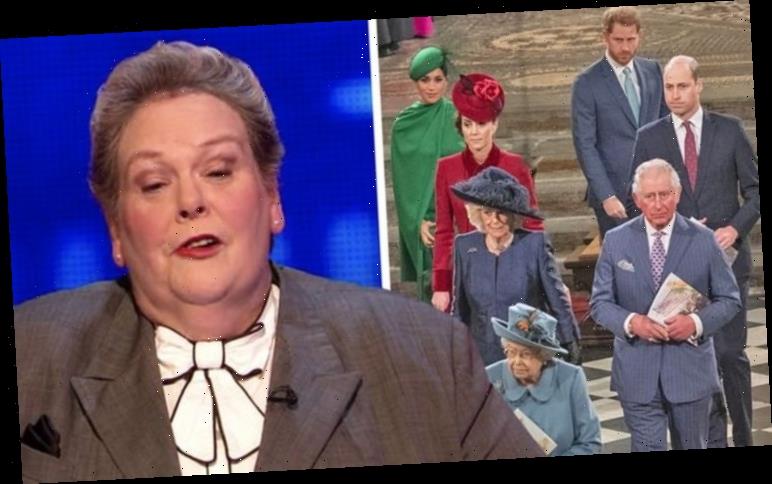 Tonight, it was the turn of Anne Hegerty to sit in The Chase’s hot seat. She joined Bradley Walsh and four new contestants in the ITV studios. And it wasn’t looking promising for The Governess when the final contestant stood in front of her at the board hoping to join her fellow teammates in the final round. As with every player, The Chaser has a small conversation, usually based on something they said to Bradley before their cashbuilder round. And when Anne spoke to Belinda, she mentioned a loose connection to the royal family.

James was first up to take on the cashbuilder and kicked off the show by accumulating £5,000.

When Jerry stood opposite Bradley, he only managed to answer two questions correctly, never the less, his winnings were added to the jackpot.

Belinda on the other hand got six questions correct and when she faced Anne she found out about The Governess’ link to royalty. 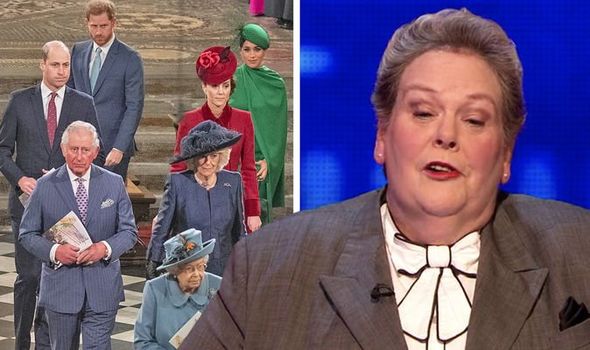 We will use your email address only for sending you newsletters. Please see our Privacy Notice for details of your data protection rights. Mark Labbett accused of ‘bottling it’ in final by The Chase fans

“Hello Belinda,” Anne began once she had sat down.

“I have a royal connection, I was once wrestled to the ground by Prince Harry’s security!”

“Indeed you have!” Bradley remarked. “Lets put some money on the table…” 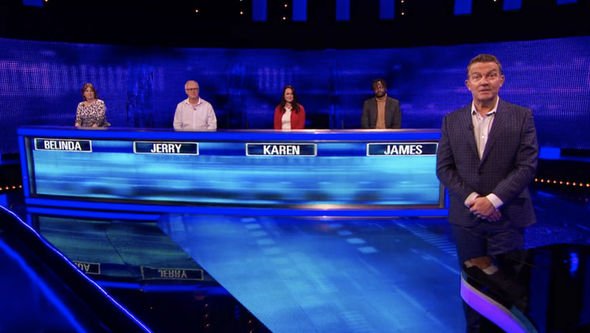 She decided to stick with her winnings and despite a few tricky questions, Belinda joined her teammates, much to Anne’s annoyance.

“No one likes to play against a full house, we’ll just have to see how well they gel,” Anne commented.

The team then headed into the final round and together they managed to answer 15 questions with a four-step head start. 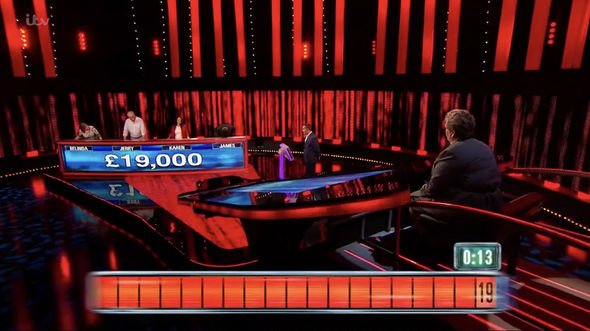 When Anne walked out of the tunnel, she added: “I was predicting 18 backstage, so you went one better.”

It was then Anne’s turn to answer the quick-fire questions and see whether or not she could beat the team and make sure they were walking home empty-handed.

“Now this is interesting,” Bradley remarked as the game ended.

There was another three questions in there [18 seconds]. That’s unbelievable, we needed 21.”

It comes after yesterday’s show when Mark Labbett let a team walk away with £25,000 each.

He had bad final chase and got a whopping six questions incorrect.