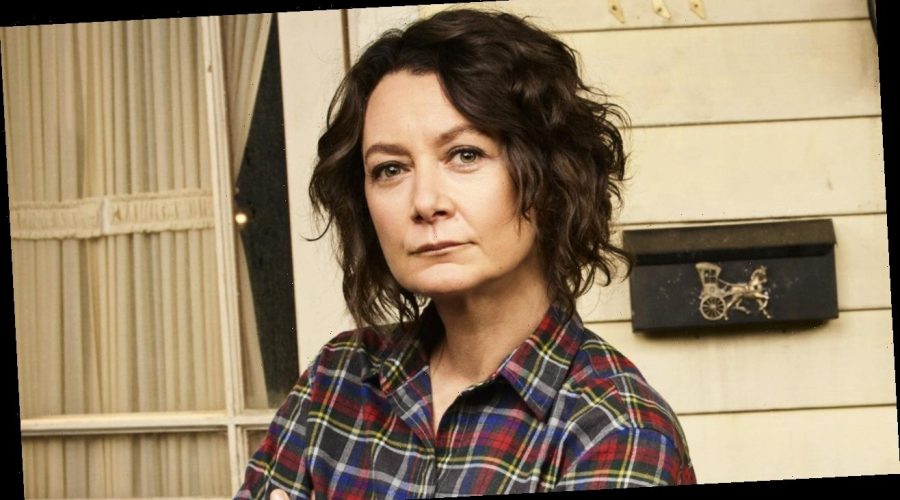 Tonight’s episode of The Conners will prove to be a big moment for Dan (John Goodman) and Louise (Katey Sagal), the show’s executive producer promises. And ET has an exclusive preview of “Walden Pond, a Staycation and the Axis Powers,” as Darlene (Sara Gilbert) gets grilled by Becky (Lecy Goranson).

In the official synopsis released by ABC, “Dan feels helpless when Louise refuses to let him put himself at risk for her. Meanwhile, when Jackie (Laurie Metcalf) learns the competing restaurants are posting negative reviews about The Lunch Box, she recruits Neville (Nat Faxon) to help her confront them.”

What happens is “naturalistic and realistic,” Bruce Helford, who also serves as showrunner, tells ET about the developments on the show, which will help set up what’s to come for the rest of season 3.

It echoes a sentiment Gilbert, who is an EP on the series, said in January, as The Conners returned from its winter break: “We have an agreement with our audience that we’re going to try to represent working-class America.”

So, everything the show addresses is genuine reflection of what’s happening now, from the coronavirus pandemic to the economic struggles faced by many families across the country. To do anything else, “would be violating our bond with the audience,” Helford says.

As a result, the series delivers another thoughtful and funny episode about America’s favorite family.

The Conners airs Wednesdays at 9 p.m. ET/PT on ABC.

24/03/2021 TV & Movies Comments Off on 'The Conners' Sneak Peek: Why Is Darlene Getting Grilled by Becky?
Lifestyle