Created and executive produced by Meriwether, who also serves as showrunner, The Dropout is based on the ABC News/ABC Radio podcast. Holmes (Seyfried), the enigmatic Stanford dropout who founded medical testing start-up Theranos, was lauded as a Steve Jobs for the next tech generation. Once worth billions of dollars, the myth crumbled when it was revealed that none of the tech actually worked, putting thousands of people’s health in grave danger. Money. Romance. Tragedy. Deception. The story of Holmes and Theranos is an unbelievable tale of ambition and fame gone terribly wrong. How did the world’s youngest self-made female billionaire lose it all in the blink of an eye? 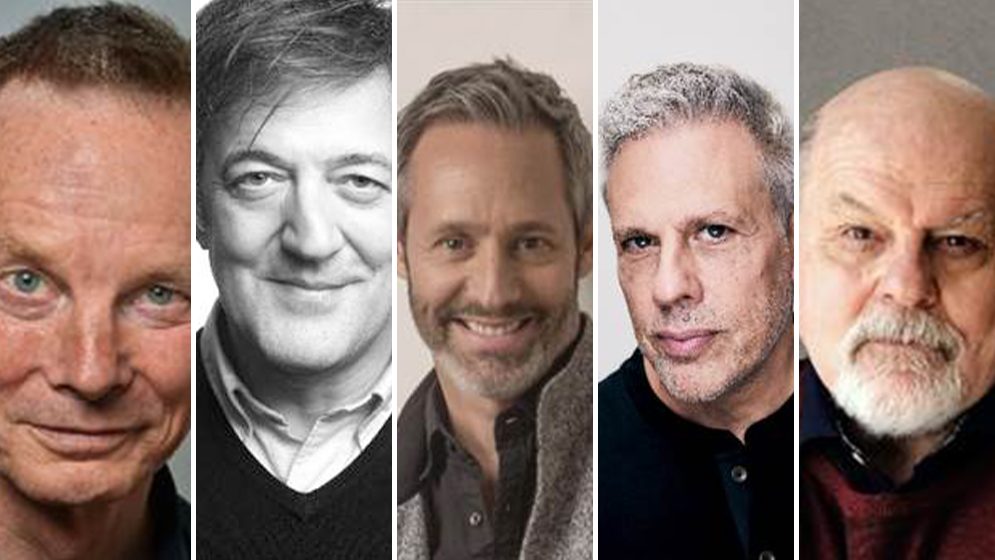 Macy will play Richard Fuisz, an ex-CIA agent and an inventor of biomedical devices. A friend of the Holmes family, he is initially upset when he learns that Elizabeth has started a medical tech startup without consulting him, and his resentment and obsession will have serious ramifications for Elizabeth and Theranos.

Metcalf is Phyllis Gardner, a scientist, doctor and successful entrepreneur. As a woman in a predominately male world, she has been through the ringer and has had to confront sexism her whole career. She will ultimately be among those responsible for bringing the truth about Elizabeth and Theranos to light.

Irwin is Channing Robertson, head of Chemical Engineering/professor at Stanford and an early cheerleader of Elizabeth Holmes.

Ambudkar portrays Rakesh Madhava, one of the first employees at Theranos.

Fry is Ian Gibbons, the brilliant head of chemistry at Theranos.

Pais portrays Wade Maquelon, the CFO of Walgreens. Skeptical about Theranos, he thinks start-ups are risky, but he doesn’t want to be left in the dust if Elizabeth goes to a competitor.

Ironside plays Don Lucas, one of the first venture capitalists to invest in Theranos.

Macy most recently starred in Showtime’s Shameless, for which he was nominated twice for a Best Actor Emmy Award and won twice for the SAG Award. His film credits include Seabiscuit, The Cooler, Magnolia, Boogie Nights, Jurassic Park III and Fargo among others. He’s repped by ICM Partners.

Metcalf was nominated for an Academy Award for her role in Greta Gerwig’s film Lady Bird. She has won three Emmy Awards for her work on ABC’s Roseanne, and was nominated for her starring role in HBO’s Getting On. Metcalf can currently be seen in Roseanne spinoff, The Conners. She’s repped by WME.

Marvel starred as the first female President on Showtime’s Homeland. She most recently wrapped Marvel’s Helstrom for Hulu in the series regular role of Valerie Simms. She previously was seen in the Netflix limited series Unbelievable. Marvel is repped by Innovative Artists and Viking Entertainment.

Fry’s television credits include HBO’s Veep, Fox’s 24, CBS’ The Great Outdoors, among others. He was most recently seen in Russel T. Davies’s It’s A Sin, and will next appear in Netflix’s adaptation of Neil Gaiman’s The Sandman. He’s repped by ICM Partners and Hamilton Hodell.

Gill is known for his roles on House of Cards, Mr. Robot and Ray Donovan. He’ll next be seen in the upcoming HBO Max series The Gilded Age. He’s reppd by A3 Artists Agency and Industry Entertainment.

Pais was last seen in Showtime’s Ray Donovan and features Joker and Motherless Brooklyn. He also starred in HBO’s Mrs. Fletcher, The Plot Against America, as well as Netflix’s Tale of the City, Maniac, High Maintenance and Younger, among others. He’s repped by Innovative Artists.

Ironside has starred in more than 150 feature films, including David Cronenberg’s sci-fi hit Scannersas well as lead roles in Top Gun and Total Recall. He most recently recurred in a four-episode arc on TNT’s The Alienist, as well as Ransom for CBC, and guested in Season 3 of the hit NBC series This is Us. He’s repped by TalentWorks and The Artist Representation Company.

Burton was nominated for Emmy for her role as Vice President Sally Langston in Shonda Rhimes’ ABC series Scandal. Recent film roles include Where’d You Go Bernadette directed by Richard Linklater, indie feature At First Light and Diane Bell’s Bleeding Heart with Jessica Biel and Zosia Mamet, among others. Burton is repped by Gersh and Principal Entertainment.