Thirty-five years ago, The Golden Girls came to America’s TVs and charmed America with the heartwarming lives of four elderly friends navigating a modern world. Though it only ran for seven seasons, the show has become iconic through syndication and its oddly relevant storylines.

Part of the reason the show was so much fun for viewers was that the kinship and support between the cast members seemed so authentic and real. As time went on, fans would gradually discover that all was not golden on the set of The Golden Girls, unfortunately.

After Bea Arthur’s death in 2009, Betty White, the last living member of the four friends, has finally opened up about what started the feud between the two stars.

‘The Golden Girls’ was loved by fans 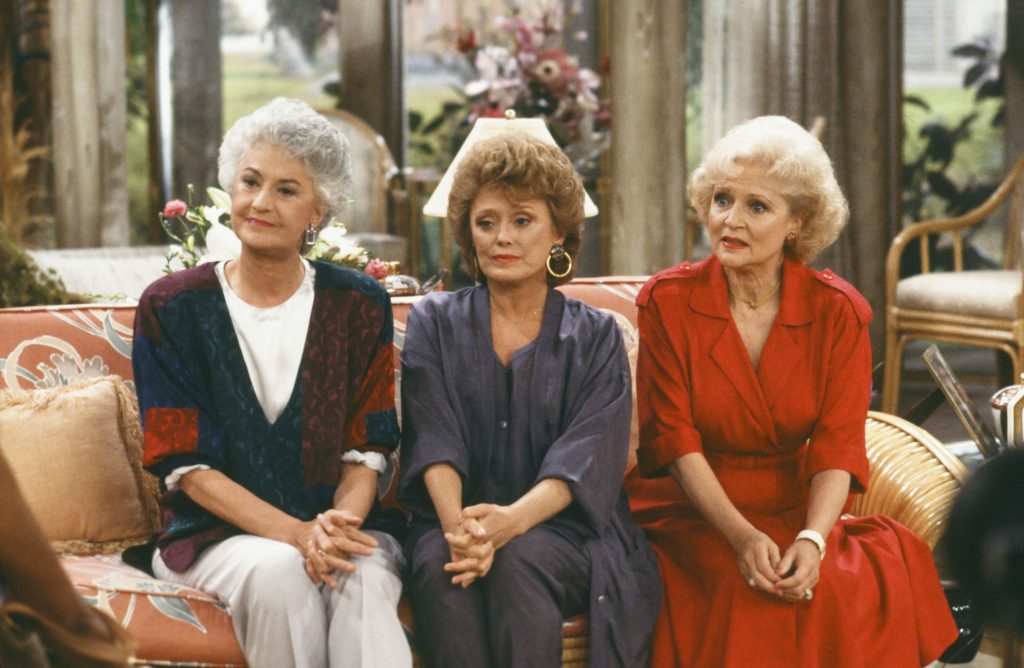 The Golden Girls ran for seven seasons from 1985 to 1992. Filmed in front of a live studio audience, it followed four widows and divorcees through their lives as they dealt with modern issues, concerns with aging, and their friendship.

Starring Bea Arthur, Betty White, Estelle Getty, Rue McClanahan, the issue was an instant hit for NBC, garnering both consistent rating success and 68 Emmy nominations during its run. Viewers loved that the chemistry between the cast, as well as the fact that having four 50+ stars dealing with real, modern issues was a stark change from the usual formula of sitcoms of the time.

With all four costars having won at least one Emmy Award for their work on the show, fans seemed to enjoy the company of all the women in their living rooms. Viewers would only find out in following years, however, that a rift between two of the co-stars showed that they didn’t necessarily enjoy the company of each other.

Things were not easy between Betty White and Bea Arthur

Though their time in front of the audience seemed harmonious, Arthur was not fond of White. When McClanahan released her memoir (My First Five Husbands and the Ones Who Got Away: A Memoir) in 2007, several anecdotes about filming The Golden Girls brought to light the tumultuous relationship between White and Arthur.

One anecdote even remarks that upon introducing her husband to Arthur, the latter remarked “Rue I like, Betty’s a C***.” Though she’d done some more risqué work in her later life, that was not a quote that fans at all saw coming from the dignified Arthur.

In an interview with The Village Voice in 2011, White said of Arthur: “She found me a pain in the neck sometimes. It was my positive attitude- and that made Bea angry sometimes. Sometimes if I was happy, she’d be furious.” White’s positive attitude is legendary, but was the whole reason for the divide between the two stars only sour grapes?

Arthur died of lung cancer in 2009. Even so, the feud still is a frequent topic of conversation, if only in memory. Arthur’s son, Matthew Saks, told Closer Weekly in an interview in 2017: “My mom unknowingly carried the attitude that it was fun to have somebody to be angry at. It was almost like Betty became her nemesis, someone she could always roll her eyes about at work.”

As many fans have experienced workplace rivalries themselves, Saks’s comments shed a lot of light on the relationship between the two stars. Viewers of this classic sitcom can wish that their chemistry was as great as that of their characters, but sometimes people just don’t mesh with each other. As Arthur’s unhappiness with the show was reportedly a reason for the abrupt cancellation of the series, who knows if we’d have gotten more treasured moments with The Golden Girls if only they’d been able to get along.