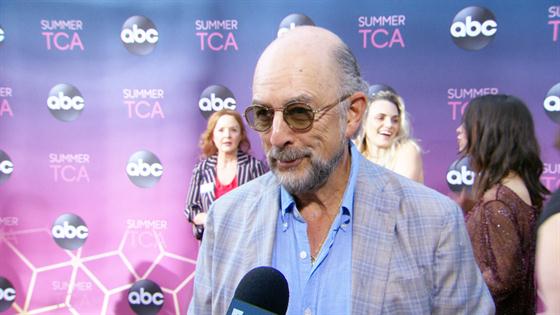 It’s a The Good Doctor wedding and E! News has your exclusive first look.

In the sneak peek photos below Dr. Aaron Glassman (Richard Schiff) takes a walk down the aisle with Debbie Wexler (Sheila Kelley) and Dr. Shaun Murphy (Freddie Highmore) is right there with him.

To make this blessed event even better? Kelley and Schiff are married in real life.

“This year I get to work a lot more with my real-life wife, Shelia Kelley, and I’m loving that,” Schiff told E! News about the new season. The two previously worked together on Santa Fe, but weren’t in the same scene, and in an AFI film years ago.

“I love it,” Schiff said about working with Kelley. “She’s such a good actress and she’s so alive on camera. I love working with her. She’s great. And then we get to have dinner together back at the hotel, so it’s awesome.” 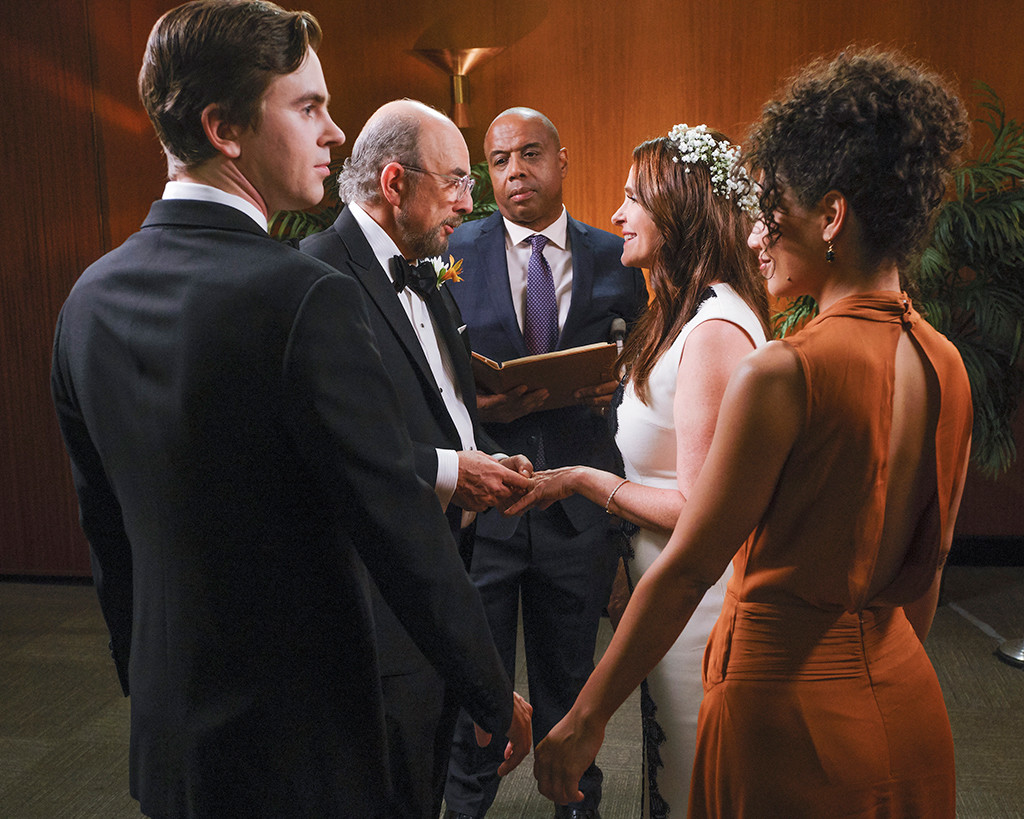 The Monday, Oct. 14 episode, “Take My Hand,” also features a conspiracy theorist played by Schiff’s The West Wing costar Josh Malina questioning Dr. Neil Melendez (Nicholas Gonzalez) over liver damage. Dr. Claire Brown (Antonia Thomas) treats a woman whose inability to feel pain is threatening her life and marriage, and Dr. Murphy has a romantic crisis of his own. 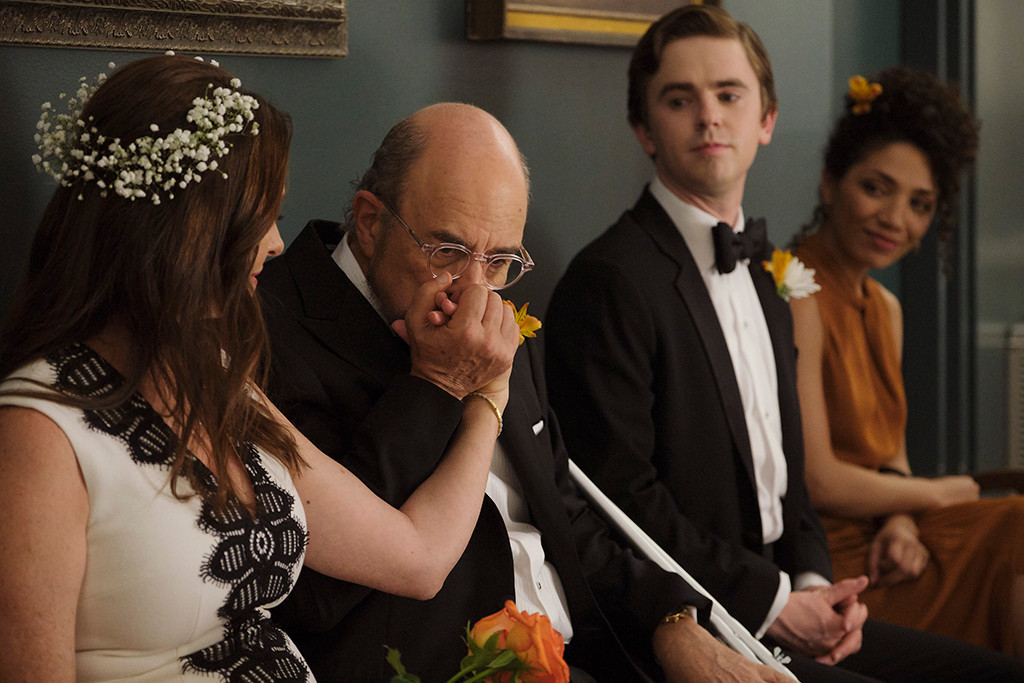 Schiff told us he’s been working with autism-related organizations for the last 35 years and his son is “on the realm.”

“This show champions the struggles and successes and failures of someone who is ignored by society and really ostracized by society…since it affected me in my personal life, this show appealed to me for that reason,” Schiff said.