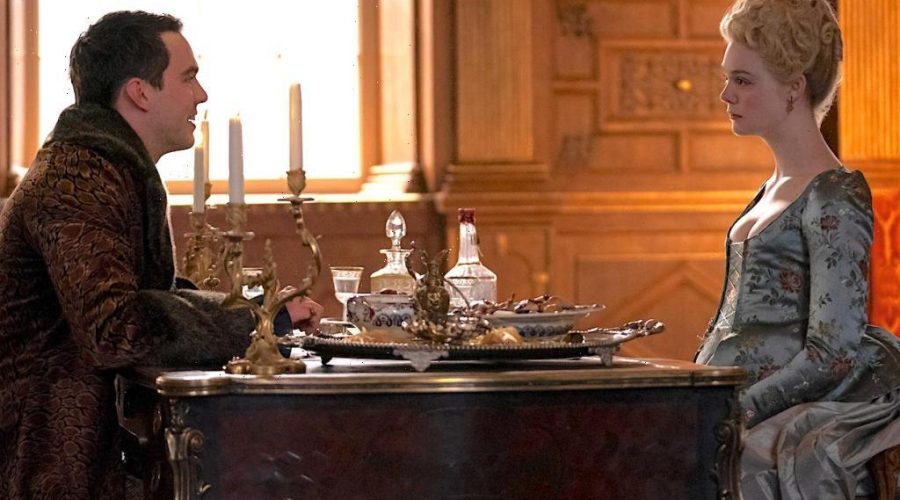 The Great’s cunning empress Catherine may have staged a coup against her husband Peter, aka the Emperor of Russia, but the dysfunctional duo will have to stick it out together now that they’re expecting a child in Season 2.

The new season, arriving this Friday on Hulu, finds the pair navigating a prickly dynamic as married monarchs who also happen to be political foes at war and parents-to-be. Their confinement to the same ritzy palace while at odds only makes things more confusing as time goes on.

“They sort of evolve into a strange friendship,” showrunner Tony McNamara tells TVLine. “They’re a couple, but they’ve got this kid together, but she’s also made him her prisoner, and he seems to have a lot of power for a guy who’s a prisoner. That just leaves them in a complex dynamic that gets more complicated as the season goes on.” 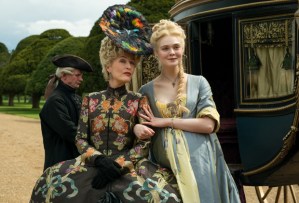 The big question, though, is how will these two shape up as parents? Catherine is naïve, optimistic and politically savvy. Peter, meanwhile, can be cruel and impulsive, but also exhibits compassion from time to time. How that translates to fatherhood is unclear.

“He’s such an enthusiast for life. He probably thinks he’s a great dad and wants to be a great dad. Whether he is or not will remain to be seen,” McNamara teases. “His heart, as always, is strangely in the right place.”

As Catherine (played by Elle Fanning) takes the Russian throne, she’ll find that overthrowing her husband is nothing compared to “the realities of ‘liberating’ a country that doesn’t want to be,” per the official synopsis.

The coup will have her going up against her court, her team and even her own mother Joanna (played by Gillian Anderson), who thinks she knows what’s for her daughter — even if her actions say otherwise.

“She’s bit of a complicated mother,” the Great boss says of Catherine’s mom. “Best case, she loves her daughter too much. Worst case, she’s kind of a monster.”

Catherine will also need to sort out her feelings about Peter while trying to usher in major change for Russia. That can’t be too hard, right?

The Great subjects, post your hopes and predictions for Season 2 in the comments.