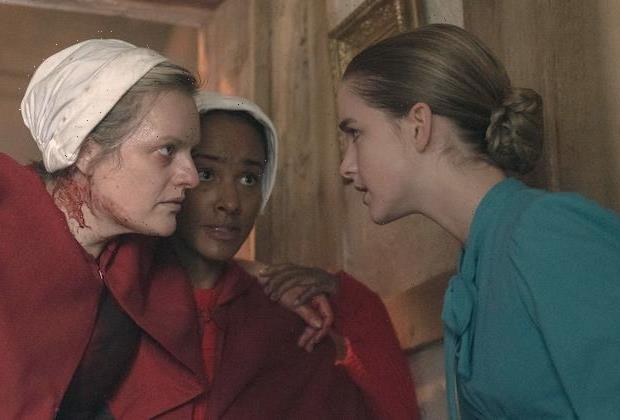 It’s been nearly two years since The Handmaid’s Tale heroine June Moss orchestrated a planeful of children’s escape from a violent and misogynistic regime, then was shot in the abdomen as she attempted to evade capture. That’s a long time to leave the audience (and a hurt handmaid!) hanging; not even Aunt Lydia could fault viewers who might be a little fuzzy on where everything stood at the end of Season 3.

But, blessed be the fruit, COVID-related delays are over and the first three episodes of the Hulu drama are available now (a day earlier than planned). However, before you dive in: Do you remember exactly what the Waterfords’ deal was with Mr. Tuello by the finale? Can you pinpoint exactly where Janine and the rest of the rebel handmaids were after that plane took off for Canada? Do you wonder what befell Commander Lawrence and Aunt Lydia after the  uproar June fomented?

Not to fear! TVLine recently spoke to Handmaid’s cast members Elisabeth Moss (who’s also an executive producer), Ann Dowd, Bradley Whitford, Max Minghella, Joseph Fiennes, Sam Jaeger, Madeline Brewer, Alexis Bledel and EPs Warren Littlefield and Bruce Miller about what’s afoot at the start of this season. Press PLAY on the video above to hear what they had to say, and under His eye!

28/04/2021 TV & Movies Comments Off on The Handmaid's Tale Season 4: Elisabeth Moss & Co. Refresh Your Memory About All Things Gilead (Including a Near-Death June)
Lifestyle