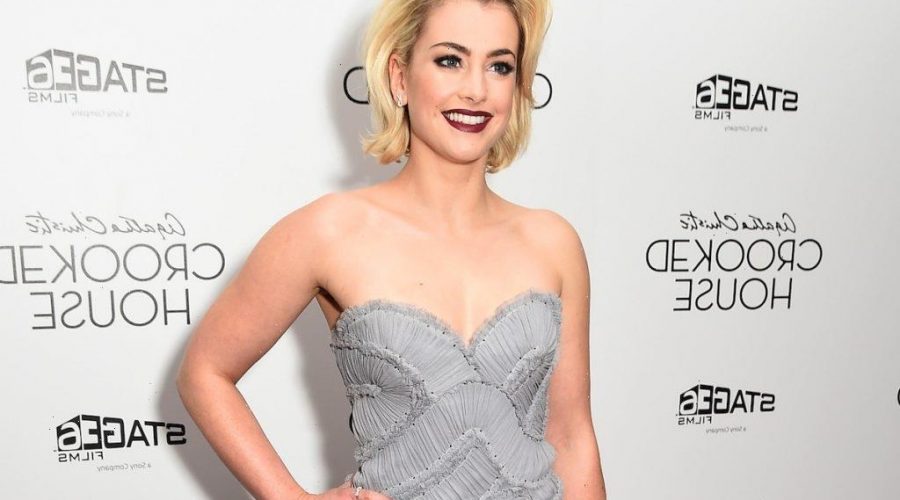 Many fans of The Last Kingdom now know that the series will conclude with the upcoming season. It’s a sad turn of events, but at least there is one more season to go before it’s all over.

Stefanie Martini, who plays Eadith in the series, recently shared a selfie with Ruby Hartley, who plays Stiorra. We have all the details.

‘The Last Kingdom’ is back in production, but season 5 will be the final season

Fans recently learned on the same day that the series will end with season 5 that the series is currently back in production. The show, based on Bernard Cornwell’s beloved novel series The Saxon Stories, will feature season 5 following the next novels in the series, nine and 10, which are titled, “Warriors of the Storm” and “The Flame Bearer,” according to Radio Times. It will consist of 10 episodes, and viewers could see it later on this year or in the beginning of 2022.

A video announcement was released on the official social media channels for the series on April 30, 2021, revealing that the series is in production, and many of our favorite cast members can be seen, including Stefanie Martini and Ruby Hartley.

But that same day ahead of the video announcement came the news that season 5 will be the final season. Deadline announced the news of the conclusion of the series with season 5, verifying the news with Netflix and Carnival Films.

Fans will recall that Eadith is the sister of Eardwulf (Jamie Blackley). Her brother is in charge of Aethelred’s (Toby Regbo) household guards, and she is manipulated by him into being Aethelred’s mistress. After helping Aethelflaed (Millie Brady), who is Aethelred’s wife, escape after Eadith’s brother kills Aethelred, Eadith ends up having to find Uhtred (Alexander Dreymon) to deliver a message to him for Aethelflaed about where to meet them. Then she finds herself allied with Uhtred and his warriors, staying with them even after Aethelflaed pays her off and explains she can’t stay in Aegelesburg.

Stiorra is the daughter of the main character, Uhtred, and his late wife, Lady Gisela (Peri Baumeister). She goes off with Sigtryggr (Eysteinn Sigurðarson), a Dane who took Winchester, as a stipulation for him leaving Winchester and being given possession of Eoferwic. At first a hostage, she goes willingly to Daneland with him.

Production is currently underway in Hungary for season 5 of The Last Kingdom. Stefanie Martini recently shared a selfie with Ruby Hartley that fans will want to see. It’s unclear if it’s from the current production session, but it definitely could be as Stefanie tagged the post in Budapest, Hungary. Plus, other cast members have been sharing images together recently.

In the post from May 18, 2021, Stefanie has on a blue and white cardigan with a black shirt underneath as she looks at the camera with her blonde hair down. By her side is Ruby, who wears a red ensemble with her brown hair flowing down in front of her. She has her head at an angle for the shot, which appears to be taken in front of a window.

Stefanie captioned the post: “Struby,” as she tagged Ruby in it as well.

It’s always nice to see images of our favorite cast members together. We’ll have to see what other photos are shared now that production is underway.