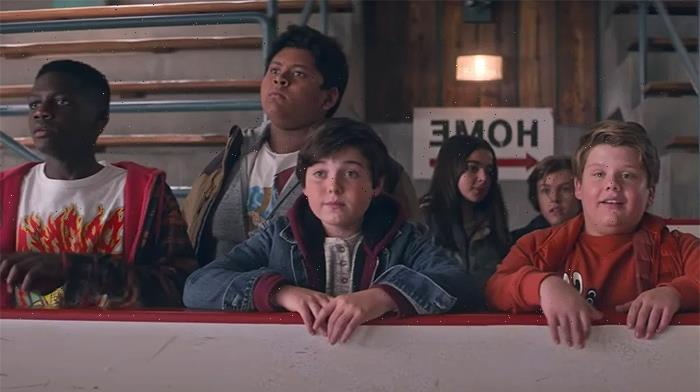 After returning to the ice earlier this year, The Mighty Ducks: Game Changers will keep the franchise revival alive with a second season officially being ordered by Disney+. Quack, quack, quack, QUACK QUACK!

Deadline has word on The Mighty Ducks: Game Changers season 2 finally being ordered after the first season came to a close at the end of May. Fans have been waiting and hoping for the show to keep going, especially after the scrappy underdogs known as the Don’t Bothers defeated the powerhouse Mighty Ducks and stripped them of the franchise name that they no longer deserve.

It was a long road for Evan Morrow (Brady Noon), who was cut from the Ducks for not being up to snuff, at least as far as the high standards of this elite youth hockey team were concerned. So he and his mother (Lauren Graham) decided to form a new team with a bunch of misfits (Maxwell Simkins, Swayam Bhatia, Luke Islam, Kiefer O’Reilly, Taegen Burns, Bella Higginbotham and DJ Watts) who were far from skilled hockey players. With the reluctant help of a grumpy Gordon Bombay (Emilio Estevez), the coach of the beloved Mighty Ducks from decades ago, the team was able to come together and let the underdogs have their day again.

However, unlike most shows, the first season didn’t really leave any dangling narrative threads for a second season. Thankfully, we already have some idea of what executive producer Steven Brill (the original Mighty Ducks franchise writer) and showrunners Cathy Yuspa and Josh Goldsmith want to do.

What to Expect from The Mighty Ducks: Game Changers Season 2

Though the first season of The Mighty Ducks: Game Changers featured an awesome reunion of some of the original plays from the feature film trilogy, there’s one major holdout who hasn’t yet returned, and Steven Brill hopes it will be a major part of the second season.

Former Mighty Ducks captain Charlie Conway (Joshua Jackson) doesn’t make an appearance in The Mighty Ducks: Game Changers. However, when the other original Ducks get back together with Gordon Bombay, it’s implied that maybe Charlie and Bombay aren’t on the best terms with each other. Brill hopes to explore that in season 2. He previously told us:

“I always thought that Charlie/Josh should come back in a real way, where we get to spend time with him. Not just a cameo or an episode, which would be fun.”

Another hopeful returning member of The Mighty Ducks is Kenan Thompson as Russ Tyler. Brill told TV Line that Thompson said he could probably make an appearance on one episode of the show. The comedian is busy with his own self-titled sitcom on NBC and he’s still an integral part of the Saturday Night Live cast, so his time is limited. When we talked to Brill, he said:

“When we talked to [Kenan], we said, “We’d love to be able to use you in a real way and have you come in and not just be a cameo but come in and actually do some storylines.” So that’s the hope for the future, for sure. I think Kenan’s Russ Tyler character went off to be on Saturday Night Live, strangely enough, and that’s what Kenan did, so when Russ comes back, he could be a guy who was on Saturday Night Live. That makes perfect sense.”

But let’s not forget that this new series is about a whole new team. So what will they have to contend with now that they’re positioned themselves as the new Mighty Ducks? What obstacles will they have to face? That’s something we’re still waiting to find out. But you can bet that they’ll have to face off with the players who used to be part of the Mighty Ducks and now have to find themselves a new name. What are the odds that they go with something like The Hawks?

Production on The Mighty Ducks: Game Changers is slated to begin in early 2022, but they better hurry, because these kids won’t be getting any younger.

02/08/2021 TV & Movies Comments Off on The Mighty Ducks: Game Changers' Season 2 Will Skate Onto Disney+
Lifestyle