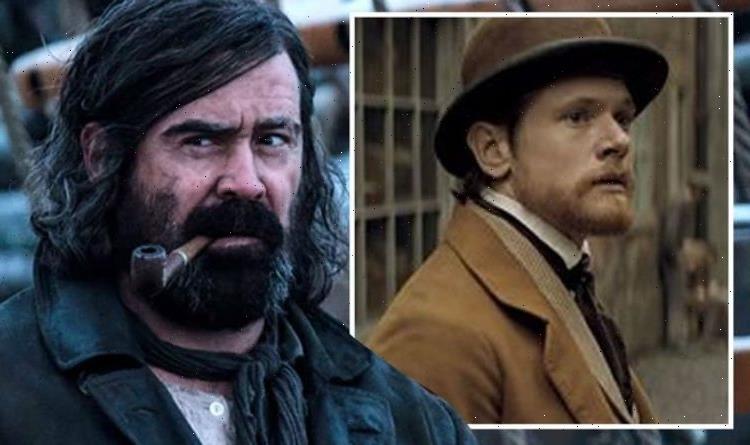 The North Water airs on BBC Two later this week and is based on the novel by Ian McGuire of the same name, providing for a gritty storyline. The plot is based on the crew of the Volunteer and their expedition to the Arctic in 1859. A host of actors and actresses have been cast in the show and their performances are sure to generate a discussion on Twitter. Here is everything you need to know about the famous faces who have signed up.

Who has been cast in The North Water?

Leading the cast of the drama is This Is England and Skins star Jack O’Connell, who will play protagonist Patrick Sumner.

The main character joins the crew of the Volunteer as a surgeon, having had previous experience in the British army.

Unfortunately, the Irishman becomes victim to his fellow crew member’s cruel ways and with no land in sight, things don’t look too good for him.

It will emerge he has a murky past in India to do with his profession but viewers will have to wait and see what the character is hiding.

Jack has played roles in several blockbuster films, including Unbroken and Money Monster but he has also appeared in television shows such as Holby City, Godless and The Runaway.

The villain of the story is being played by Hollywood actor Colin Farrell as he takes on the role of Henry Drax.

Known for his violent ways, the character is a harpooner with a brutish nature and enjoys confrontation with Patrick.

As they square up to one another and create tension on the Volunteer, it seems the journey will escalate to deadly levels.

Colin has gone back to his roots in this new role as the first appearance on screen was in a BBC drama called Ballykissangel.

He has since added a whole host of other projects to his name including starring in films such as Fantastic Beasts and Where To Find Them, Miami Vice and he is set to play The Penguin in the new Batman film.

Every vessel needs a captain and manning the ship in the role of Captain Arthur Brownlee will be Stephen Graham.

The actor takes on a character with a dark secret as it’s revealed he has more than one reason for wanting to make the expedition to the Arctic.

Stephen has become a household name in Britain, having starred in films such as This Is England and shows like Line of Duty.

His other roles include appearing in Hollywood films such as Pirates of the Caribbean, Journey’s End and the Texas Killing Fields.

Some other television roles include playing characters in White House Farm, Code 404 and he is set to feature in the new season of Peaky Blinders.

The villainous characters keep coming as the Volunteer’s financier, Baxter, will be played by British acting legend Tom Courtney.

Baxter is also the whaling company head and is working with Captain Brownlee in a sinister scam, meaning he too holds a secret.

Tom has starred in several high profile roles during his career, in films such as Private Potter, Billy Liar and The Loneliness of the Long Distance Runner.

He has also starred in the Hollywood version of The Golden Compass and the film adaptation of Dad’s Army in 2016.

Some of his television roles include shows such as The Royale Family, Unforgotten and Little Dorrit.

Completing the cast of villainous characters is Sam Spruell, who will be playing the role of Michael Cavendish.

Along with Drax, he plans to kill Patrick in order to obtain a valuable item they could sell for quite a hefty price.

Sam is a British-American actor and has starred in several high profile roles including in films such as The Martian and Snow White and the Huntsman.

He also has featured in television work by playing characters in shows like Spooks, Mayday and The Last Ship.

The actor also featured in an episode of Luther, playing Own Lynch.

09/09/2021 TV & Movies Comments Off on The North Water cast: Who is in the crew on board the Volunteer?
Lifestyle