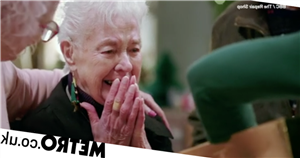 The Repair Shop viewers were left in tears after seeing an elderly lady reunited with the teddy she was given by Santa in 1939.

Beryl had brought in the bear, which was a precious gift from her parents – via Santa Claus of course – at the start of World War II.

She revealed: ‘Christmas 1939, when my mum took me to see Father Christmas in Manchester, I asked him: “Please could I have a teddy bear?” When I opened the present up on Christmas Day, I never put him down I don’t think, at all!’

Beryl had treasured the teddy, which had travelled with her when she was evacuated and also came to the bomb shelter with her in 1940 when she returned home for Christmas, and passed it down to her children.

The bear had gone to her eldest son John, who then gave it to his baby brother Paul when he was born, who had kept it until he died earlier in the year.

Beryl had been reunited with the teddy while clearing out Paul’s house after his death and was delighted to know the precious toy was still around. 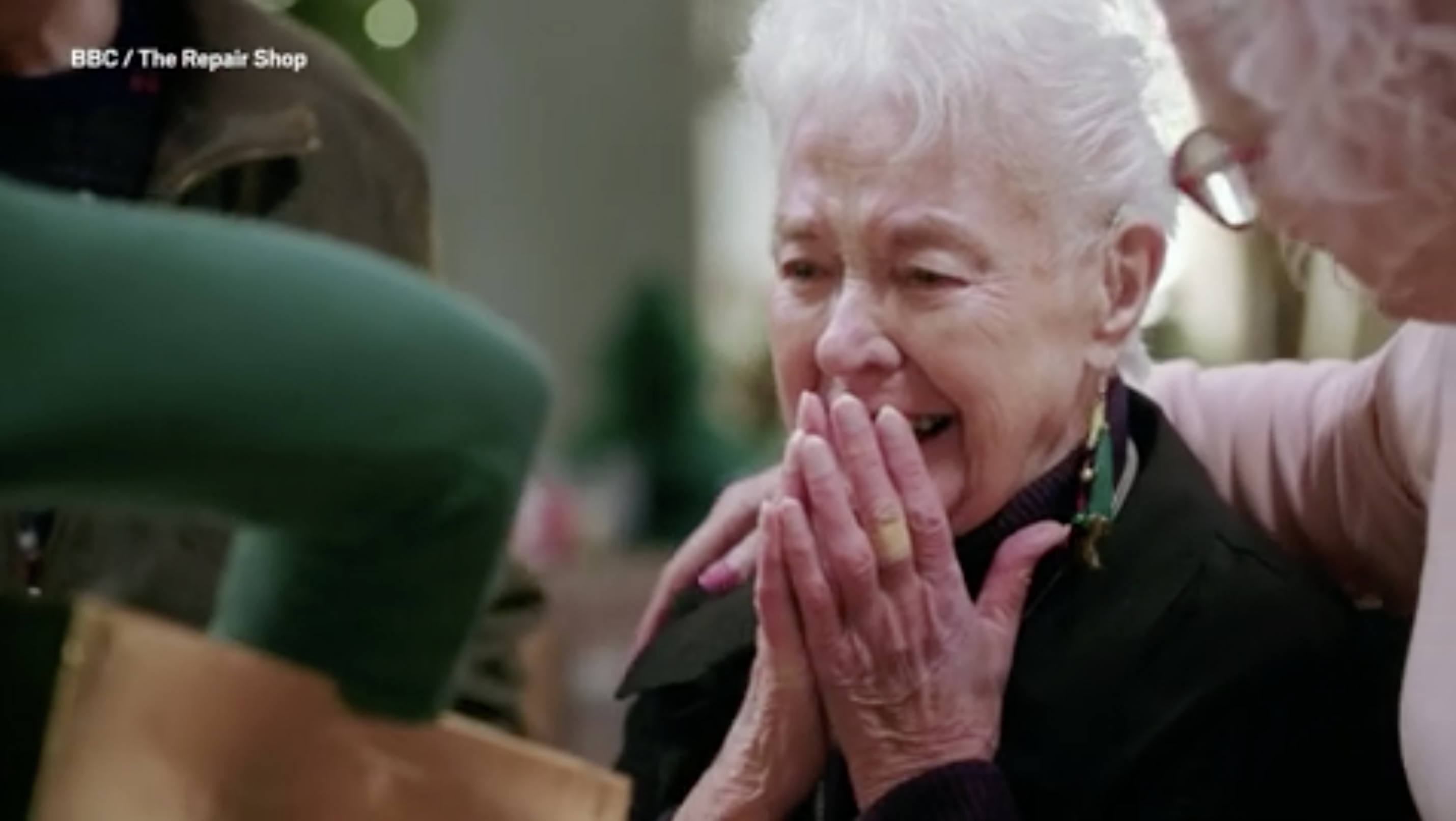 She revealed: ‘The last box that they brought, the first thing I saw was teddy, and as soon as I saw him I burst into floods of tears. I didn’t realise that he was still in the family.’

However, given teddy was 80 years old, his fur had seen better days, he’d lost his eyes and the squeaker inside him no longer worked.

Thankfully The Repair Shop’s resident teddybear ladies, Amanda Middleditch and Julie Tatchell, were on hand to fix up teddy to his former glory.

The pair worked tirelessly to repair the beloved toy, even replacing the squeaker so that he could once again make sounds, before returning him to Beryl.

The Repair Shop is available to watch on BBC iPlayer.