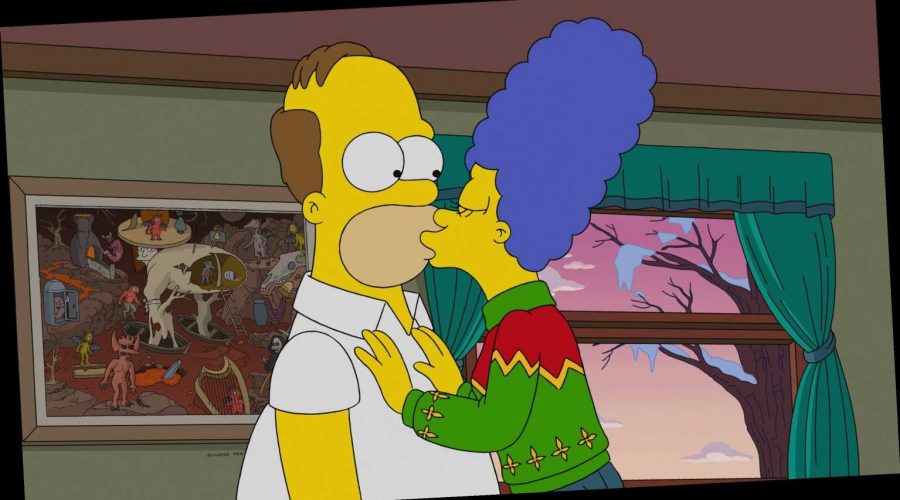 It’s time for another episode of Matt Groening’s “The Simpsons” milestone favorites.

The creator of Fox’s legendary animated sitcom offered a bunch of superlatives in 2018 when Homer, Marge & Co. surpassed the “Gunsmoke” longevity record of 635 episodes for a primetime scripted series. Now he’s back for more, speaking exclusively to USA TODAY in advance of Sunday’s 700th episode, “Manger Things” (8 EDT/PDT). Fox recently renewed the series, which premiered in 1989, through a 34th season, which will guarantee at least a 757-episode run through May 2023.

In 2018, Groening listed brainy 8-year-old Lisa Simpson as his favorite main character, and explains now  that “the writers relate to Lisa more than any other character on the show.” His favorite episodes include 1997’s “Homer’s Enemy,” which introduced – and dispatched – sad sack Frank Grimes, and 1991’s “Bart the Daredevil,” which featured Homer’s delightfully bloody skateboard falling into Springfield Gorge. For memes’ sake, he highly recommended the Steamed Hams scene from 1996’s “22 Short Films About Springfield.”

Marge and Homer Simpson and their Springfield neighbors take a trip to a Christmas past in Sunday's 700th episode of "The Simpsons," titled "Manger Things." (Photo: 20th Television)

Now, Groening considers a new group of categories and offers a behind-the-scenes gem about how he put his heart and soul – and voice – into the making of “The Simpsons.

“Albert Brooks always, because he brings so many ad-libs and writes funnier jokes on the fly than we could ever write for him,” Groening says. “And Werner Herzog, the movie director; he can get a laugh out of any line. He’s absolutely brilliant. He’s so funny. Somebody who surprised me was Anne Hathaway. I knew that she is a great actor, but she’s also a great singer and can bring the jokes to the sung lyrics. She was very impressive.”

“I love the ones when we have guest animators. They really go to town. This week (on the 700th episode), it’s Bill Plympton, who has done more guest-animated couch gags than anyone,” he says. “And I particularly like some of the weirder ones. Don Hertzfeldt, amazing animator, did his own freaky science-fiction version of ‘The Simpsons.’ “

“I have a special place in my heart for the original ‘Simpsons’ theme,” Groening says.  Here’s why: “On the day of the recording session with the orchestra and Danny Elfman, there was a trio of singers just to sing ‘The Simpsons.’ (They) did their job, went home and we played it back and it sounded like they were saying ‘The Simpson.’ The plural in ‘Simpsons’ didn’t come through. So Danny and I went into the recording booth and made a ‘Z’ sound and edited onto the end of ‘The Simpson,’ so it’s now ‘The Simpsons.’ II don’t think they re-recorded that part. So I think it’s us.”

“Of course, I like ‘The Monorail Song.’ That’s a big one,” Groening says. “There’s ‘The Planet of the Apes’ song – ‘from Chimpan-A to Chimpan-Z.’ Some of those things are earworms that will never go away.”

“I love when Homer is working on the monorail and he opens up an electrical cabinet and there is a mother possum hanging by her tail with all her baby possums,” Groening recalls. “And Homer says, ‘I call the big one Bitey.’ That kills me every time, because Homer’s sort of pleased with himself and also it implies that there’s a story behind that. He apparently has been bitten by that possum – more than once. He also apparently doesn’t know that it’s a female possum.”

Yes, 'The Simpsons' have changed appearance over three decades, as this scene from 2014's 'Treehouse of Horror XXV' illustrates. (Photo: Fox)

“Well, ‘D’oh’ – written in scripts as ‘(Annoyed Grunt)’ – obviously, because I hear it a lot. Somebody grabs the door and it won’t open: ‘D’oh!’ ‘Woo-hoo!’ comes to mind. Anything that Homer Simpson says more than once is sort of a great catchphrase.”

“The writers love writing jokes for (bartender Moe Szyslak) because he is really a profoundly sick and sad character,” Groening says. “You don’t have to hold back with Moe. There’s a sweetness to the way the characters are designed in general. They’re kind of odd looking, but Moe is really extreme, even in the world of ‘The Simpsons.’ The garishness stands out.”

“This is going to sound corny, but it’s always the season we’re working on,” he says. “Part of the fun of working on the show is it’s this incredible collaborative effort. And you’re always being surprised because people keep coming up with stuff that certainly I would never think of. Just as a fan of the show, I get to be surprised by these characters who I used to dream about. I haven’t in a while, but mostly they were stressed dreams about, ‘Oh my gosh, is this this episode going to work?’ And now I’m very confident. As we’re mixing the show, I’m laughing out loud. There’s some really funny stuff.”