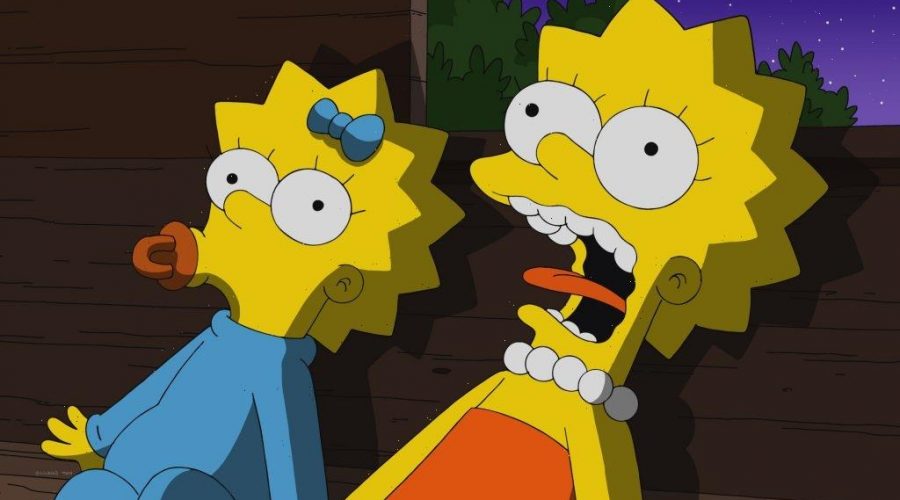 The Simpsons have made fun of Disney long before they became part of Disney. The opening of “Treehouse of Horrors XXXII” celebrates all the darkness of Disney animated classics. It’s far more graphic than the Disney examples it references, but they’re not wrong about Disney scaring children.

It takes nine months to animate a Simpsons episode so Halloween 2021 is probably the quickest they could have possible done a Parasite parody. Perhaps the could have rushed it within a year of it winning Best Picture in 2020, but you can’t rush quality.

Parasite was about a poor family who install themselves in a wealthy family’s home as tutors and drivers. In The Simpsons, it’s Bart who gets the tutor job for Rainier Wolfcastle’s daughter. He then installs Homer, Marge, Lisa and Maggie. Wolfcastle probably isn’t quite the wealthiest person in Springfield. That would be Mr. Burns, but Burns has many more sins than wealth so Wolfcastle probable keeps the focus on Parasite‘s themes.

Within the Parasite spoof, Itchy & Scratchy do director Bong Joon-ho’s other movie Snowpiercer. Bart comments how it works on two levels, when that’s exactly what The Simpsons is doing. This segment does spoil the twist of Parasite, so if you haven’t seen the Oscar-winner yet, here’s a spoiler warning. The characters do debate who the parasite is, and all of Springfield gets in on it by the end.

‘Treehouse of Horrors XXXII’ has an original horror story

If “A Nightmare on Elm Tree” was another Freddy parody, it would be fair since it’s been nearly 30 years since The Simpsons had Groundskeeper Willie as Krueger. It’s not, though. Bart’s treehouse tree comes to life and wants revenge for humans’ poor treatment of trees.

This story includes Groot, an Ent and any semi famous tree you can think of. Homer is right when he calls out the weak middle story in The Simpsons’ “Treehouse of Horrors” trilogies. It’s not as biting as the Parasite spoof or the finale. But, it is entertaining how blatantly violent the tree story is.

‘Treehouse of Horrors XXXII’ has a mini bonus

When “The Telltale Bart” begins, you might assume it’s the third story. It’s not. It’s a bonus short. A Vincent Price-esque character reads Maggie a bedtime story in the vein of Edgar Allan Poe. It’s animated in a Neil Gaiman-esque storybook style like Coraline and features the late Edna Krabbapel in a nonspeaking appearance. It’s a cute short, and a surprise when it ends with plenty of time for one more.

Dead Ringer is a spoof of The Ring, the American remake of Ringu that came out in 2002. 19 years isn’t the oldest movie “Treehouse of Horrors” has ever spoofed. They did The Omega Man in the late ’90s. The advantage is there’s been time for many Simpsons viewers to have seen The Ring, although it’s not necessary. I hadn’t seen The Shining when they did “The Shinning.”

The clever update here is that instead of a VHS tape that kills you seven days after you watch it, now it’s a Tik Tok video. The Simpsons blends a classic movie with a modern trend. This is also the segment that gives Ralph a great revealing line so that alone makes it a winner.