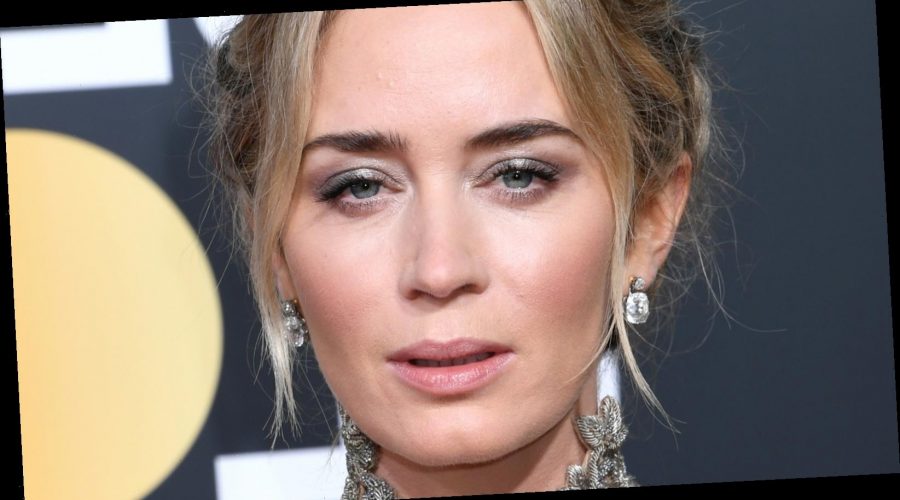 Emily Blunt and John Krasinski are total couple goals. The duo has made the perfect Hollywood couple since they first started dating in November 2008 and announced their engagement nine months later (via People). It was July 2010 when the couple officially tied the knot in a romantic ceremony in Como, Italy, with Us Weekly reporting that they enjoyed an outdoor ceremony attended by numerous A-List names, including their close friend George Clooney. Four years later, the couple welcomed their first child, a daughter named Hazel, into the world, while their second daughter, Violet, was born in 2016.

Krasinski and Blunt have gushed over one another on multiple occasions since, often sharing sweet insights into their otherwise private relationship. In 2011, The Office star admitted on The Ellen DeGeneres Show that he knew immediately that Blunt could be the one. He revealed he was not really looking for a relationship at the time, but recalled, “Then I met [Emily] and I was so nervous. I was like, ‘Oh god, I think I’m going to fall in love with her.’ As I shook her hand I went, ‘I like you,’ and the rest was history.” Blunt echoed the sentiment when she shared how quickly she knew the actor was “the one” for her.

But what people may have forgotten is that Blunt actually had another high-profile romance with an equally famous star before meeting Krasinski. Keep reading for the details.

Emily Blunt had a long relationship with Canadian singer Michael Bublé before she went on to marry John Krasinski. Things were pretty serious between the duo and they even lived together in Vancouver, Canada. The two gushed over one another a few times in interviews, with Blunt admitting to People in 2007, “I get tears in my eyes when I see him onstage. It’s overwhelming,” while Bublé said, “Every time I see her onscreen, I fall in love with her all over again.”

However, Bublé’s rep confirmed the couple’s split in July 2008, and Bublé got candid about what went wrong with the British actor a few years later. “It ended through both of us being young and naïve and making silly mistakes. It was about me looking in the mirror and saying ‘Michael, wake up,'” he told Daily Mail in 2011. “I never lived in the moment, not ever. It was out of insecurity and me worrying what would happen. I thought, ‘You know, you could like yourself more.’ I’m not embarrassed to say this. I f****d up.” He added that he went to therapy after the split, saying, “It was the worst thing that ever happened to me and the greatest thing that ever happened to me.”

Bublé married Argentine actor and singer Luisana Lopilato in 2011 and the couple now share three children together, so it looks like this split really worked out for the best for everyone.