Writer-director Florian Zeller had such great success with his 2020 film adaptation of his stage play The Father which earned six Oscar nominations including Best Picture — winning for his and co-writer Christopher Hampton’s screenplay, as well as Best Actor for Anthony Hopkins — that he was able to move  quickly in getting a film version going for his next play, 2018’s Le Fils. The result, The Son, premiering Wednesday at the Venice Film Festival in competition, is the second of a three-part stage and film series on stories dealing with mental health; in this case, a troubled 17-year-old boy who has been deeply affected by the divorce of his parents and is suffering severe problems. Of course, The Father dealt with one elderly man’s devastating descent into dementia and the effect that had on his family, and it was an intimate film production for Zeller, largely taking place in the man’s apartment, yet still managed to be cinematic despite its stage origins.

The same goes for The Son, a strong character-driven piece that is opened up a little more, but still has the feeling of an intimate family drama without obvious flashy technique that would sink it. Zeller is a unique new voice in cinema for that reason among others, and this is only his second feature film.  Like having an actor of the caliber of Hopkins in The Father, this one contains a hell of a role for Hugh Jackman,  playing Peter, a lawyer on the precipice of a long desired political career. He is now married to his second wife, Beth (Vanessa Kirby) and they have a baby boy named Theo.  Their life however is turned upside down when Peter’s ex-wife Kate (Laura Dern) shows up with their teen son Nicholas (Zen McGrath) and basically leaves him there to live with dad for his own good. It is a complicated arrangement to be sure but there is a reason as Kate tells him Nicholas has been AWOL from school, unbeknownst to her, for six months. He is severely depressed still over the breakup of his parents, and a change in living arrangements seems to be needed, especially since Kate herself is having trouble coping with her own life and is a bit lost in how to deal with her son.

Of course this complicates Peter’s life but he has no choice, convincing Beth it is something he must do even if Nicholas’s arrival comes at an awkward time. Beth as a new mother barely knows Nicholas and this also upends her life to say the least. When Nicholas tries suicide Peter and Kate face the impossible decision of whether to follow the advice of a hospital psychiatrist and have him institutionalized for the near future until he can get better. The answers for all the characters in Zeller’s story are not simple and the issue of mental health is one that, in some way or other, affects each of them in their own way, and for that matter affects most families at one time or another. That makes this, just like his The Father and dealing with the vagaries of age, so universal in so many ways. In fact, when seeing the  excruciating detail that goes into this telling, I felt I knew this story on my own level, not just as a critic reviewing a film but a human being experiencing real life. 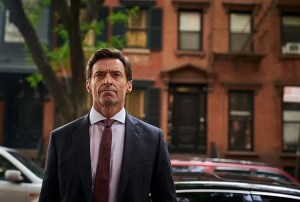 It is emotionally powerful stuff, and you can also thank the superb cast Zeller has assembled to tell it. Jackman went after this role when he heard a film version was in development, and for good reason. It is the most impressive dramatic performance of his career, one he jumps into with no movie star filter. He is a father, ex-husband, new husband, new father and ambitious man with political aspirations whose life is seemingly on an upside, until it isn’t, and he has to face the reality of having a son with major problems, as well as his own inability to supply an easy fix. There simply isn’t one.  He can’t escape his own responsibilities as a father, even if there is the temptation to put them under the rug for the sake of the life he now leads. But life isn’t that easy. His own past comes back to haunt him, and he knows the relationship and damage his own father put on him cannot be repeated with Nicholas. That comes crystal clear in a single scene where Peter visits his demanding dad, played in a cameo by Hopkins that is nothing like the father he played in that Oscar winning performance a couple of years ago . He is the kind of man who never believed his son could be what he thought he should be, never good enough, and Peter shows the toll of being that son in this single brillianty acted scene.

As Nicholas, newcomer McGrath plays him as an extremely moody kid in need of tender loving care, a young man from a broken home who can no longer find himself. In the scene at the hospital where he begs his parents not to admit him, McGrath reaches heartbreaking intensity which pays off the rest of what is largely an understated and effective portrait of a troubled kid crying out for help in silent ways.  Dern, as usual, is excellent and hits all the right notes as Kate, and so does Kirby who is increasingly effective in every role she gets.

As with The Father, playwright and screenwriter Hampton takes the French language text of the play and seamlessly translates the drama, and more importantly the intend into English. Ben Smithard’s cinematography, Hans Zimmer’s low key score,  and the production design of Oliver Holmes don’t bring attention to themselves, and that is as it should be. Sony Pictures Classics releases The Son this Fall. After Venice it will have its North American Premiere next week at the Toronto International Film Festival. Producers are Joanna Laurie, Iain Canning and Emile Sherman, Zeller and Christophe Spadone.

‘ALI’, A Musical About Sports’ Greatest Superstar, Being Developed For Broadway