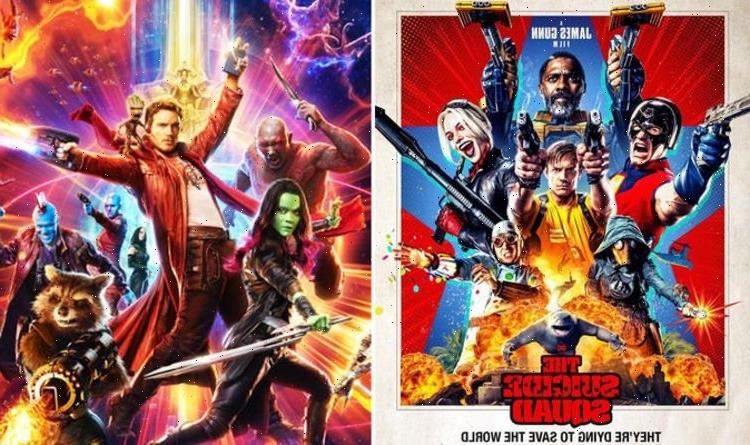 This weekend James Gunn’s DC movie hits US movie theatres after a week in UK cinemas. But despite many reviews, the director is amazed that fans and critics supposedly didn’t spot a cameo made by one of his Guardians of the Galaxy stars in The Suicide Squad. WARNING: SPOILERS FOR THE SUICIDE SQUAD AHEAD.

Appearing on Josh Horowitz’s Happy Sad Confused podcast, Gunn said: “Well, I mean people know I almost cast Dave [Bautista] in a role and he couldn’t do it, so he didn’t.

“Other than that, well, there might be a Guardian somewhere in the film that no one has seen yet and I’m so surprised by…

“I’ve gotten a hundred reviews from this movie and I’m just astounded.”

Well, the Guardians of the Galaxy star cameo took place when The Suicide Squad were in the bar on Corto Maltese, looking to kidnap Peter Capaldi’s The Thinker.

As the bar’s atmosphere is introduced, there’s a blink-and-you’ll-miss-it cameo by Pom Klementieff as a dancer.

The 35-year-old plays Mantis in the Marvel movies, having been introduced in Guardians of the Galaxy Vol 2.

She reprised the alien role in Avengers Infinity War and Avengers Endgame and will return to the MCU in Thor Love and Thunder and presumably Guardians of the Galaxy Vol 3.

Technically since a load of members of The Suicide Squad perished early on, these were cameos too.

There were the likes of Jai Courtney’s returning Captain Boomerang and Nathan Fillion’s T.D.K.

While fellow Guardians of the Galaxy star Michael Rooker played Savant before having his head blown off.

And the director’s brother Sean Gunn played Weasel in mo-cap, just as he does for Rocket Raccoon in the Marvel movies.

Of course, Weasel turned up in The Suicide Squad end credits scene, having turned out to not have drowned in the opening scene after all.

In the opening, Weasel couldn’t swim and was briefly rescued by Savant, who declared him dead on the beach.

However, Sean Gunn’s character survived and was last seen running into the jungle on the island at the end of the movie.

If the director returns to helm another DC movie, perhaps Weasel will be back in some form.

The Suicide Squad is in cinemas now.

05/08/2021 TV & Movies Comments Off on The Suicide Squad cameo: Did you spot the Guardians of the Galaxy and Avengers star?
Lifestyle