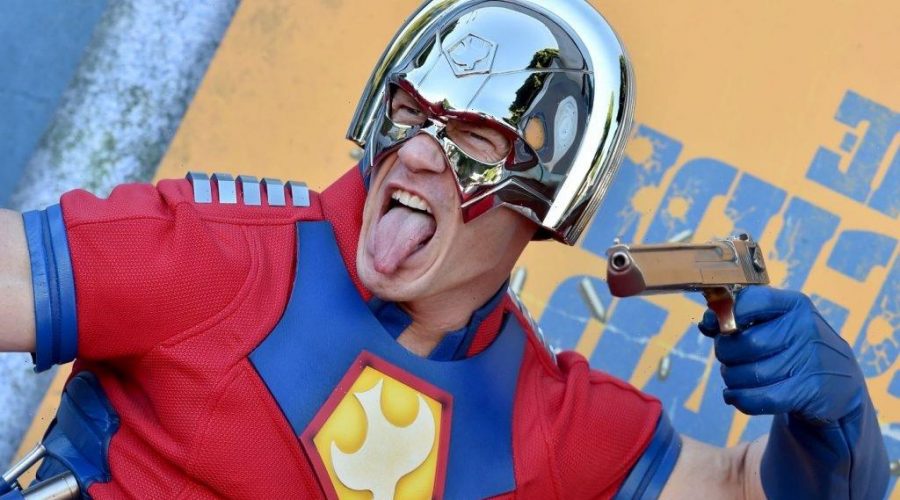 John Cena is in theaters again this summer, taking on the role of Peacemaker for DC Comics after appearing in the Fast and Furious storyline. The comic book film franchise’s second take on a Suicide Squad film was released August 5th and took the route of many pandemic films, showing both in theaters and on HBO Max.

This adventure takes place with many new faces, with only Viola Davis, Margot Robbie, Joel Kinnaman, and Jai Courtney reprising their roles from the 2017 installment. Cena’s Peacemaker was a standout role, to the point that he’ll be getting his own spinoff series this winter, but he wasn’t James Gunn’s first choice for the character.

DC describes Peacemaker as a “‘hero’ who loves peace so much that he’s willing to kill for it.” Introduced in 1966 by Charlton Comics as the alter-ego of peace envoy Christopher Smith, Peacemaker’s actions are consistently at odds with his declared pacifist code. His Peace Palace houses a fully stocked armory full of weapons he’s sworn never to use. Even his fellow squad members find him a paradox.

Cena’s Peacemaker shares the screen with fellow Suicide Squad newcomers Idris Elba as Bloodsport, Daniela Melchior as Ratcatcher 2, Steve Agee in the CGI guise of King Shark, and David Dastmalchian as Polka-Dot Man. Cena’s work with Gunn was good enough for HBO Max to order the first season of a spinoff series centered around the character. This, perhaps, was a surprise for Gunn, who told Entertainment Weekly that Cena was “a bit of a risk” because “I’m hiring someone without auditioning.”

What made Dave Bautista pass on the role

In 2019, Screen Rant reported that Bautista was on James Gunn’s list to play Peacemaker. Bautista’s most recent claim to big-screen fame is Drax the Destroyer in Marvel’s Guardians of the Galaxy. Peacemaker and Drax are very similar characters with a heavy emphasis on physical strength, so it makes sense that Bautista would be tapped for the role. It was noted that Bautista’s contract for Guardians of the Galaxy required a return for a third film in the franchise, which might have conflicted with the filming of The Suicide Squad if Bautista had taken Gunn up on his offer.

Unfortunately for Gunn, there were additional scheduling factors at play. Bautista was offered the lead role in the Netflix film Army of the Dead and found that it aligned well with his goals for career expansion. Bautista said no to the part of Peacemaker for the chance to work with Zack Snyder, telling Entertainment Weekly that he was looking for “juicy [dramatic roles]” and “to be quite frank, I wanted to work with Zack,” and playing Peacemaker would have been more of the same.

Why Cena doesn’t view himself as a second choice

When Bautista turned down the role, Gunn once again pulled from the wrestling pool. In an interview with Entertainment Weekly, Cena explains that he didn’t feel like a runner-up, saying, “I didn’t look at myself as a second choice; I just looked at it as a chance to do the best I could.” He called his role in the film “a tremendous honor and an incredible opportunity.”

Cena and Gunn will continue to work together on the eight-episode season of the Peacemaker spinoff, described as an “action-adventure-comedy” detailing the character’s origin story and showing fans more of the Suicide Squad universe. In addition to writing all eight episodes, Gunn will get directing credit for several. The series is slated to premiere on HBO Max in January 2022.