[Editor’s Note: The following review contains spoilers for “The Third Day” finale, Episode 6, “Last Day – The Dark,” including the ending.]

Unlike so many modern TV mysteries, “The Third Day” finale cuts right to the heart of the matter — and no, I’m not just talking about poor Mr. Martin (played by new “House of the Dragon” lead Paddy Constantine, who should probably get used to experiencing such abrupt and vicious bloodshed).

Directed by “Winter” helmer Philippa Lowthorpe and written by Kit de Waal, Dean O’Loughlin, and creator Dennis Kelly, the 61-minute final chapter starts by delivering what fans have wanted all along: Sam (Jude Law) and Helen (Naomie Harris) in the same room, at the same time, answering our long-lingering questions. No, the child Sam thinks is their son Nathan cannot, in fact, be Nathan; he’s too young, his eyes are the wrong color, and, as Helen screams, “he’s not even the right color!” Yes, Sam is in the middle of another “episode,” where his grief deludes him into believing wild theories (like in the past, when he accused the police of a cover-up and went after Helen’s father).

Realizing that Sam is delusional is one thing; understanding why is another. It turns out his drunken fling with Jess (Katherine Waterston) wasn’t a rare occurrence (nor, as we knew, was it an accident), and the reason he took his eyes off of Nathan 10 years ago was because he was on the phone with his mistress. Making a mistake that costs you a child is bad enough, but prioritizing an affair over your son is a believable tipping point for Sam. No wonder he was so eager to get lost on the island and then stay there, without bothering to think twice about the blatantly false facts the islanders fed him. He wanted them to be true so he could live with himself.

If it’s not clear in that moment the emotional allegory inherent to “The Third Day’s” many metaphors is crystallized soon enough. Sam and Helen are two parents dealing with a tremendous loss. That loss effected them in vastly different ways based on who they are individually and their collective relationship to each other. Sam spiraled, which forced Helen to become the family “stone” (as her daughter calls her) — the steady, reliable parent for their remaining children. While he tried to save himself, she tried to save the family and, in the end, she does just that.

Still, Kelly and the rest of the writing team are wise enough not to overcomplicate their story. Sam and Helen broke from each other long ago, so there’s no need for a tearful, romantic reunion when they see each other or separation when they’re forced apart. The last thing she asks her ex-husband pulls double duty, turning an answer we’ve been waiting for into a poignant last word on a lost man: “Why did you take this?” Helen asks, holding the bag of money she needs to pay off his bad loans. “What if he’d come home?” Sam says. “Nathan. What if he’d come home and we weren’t there?” Sam ran off with the family savings to give the family one last hope at surviving. It’s misguided, it’s borderline evil, but he’s so clearly gone it’s also hard to hate him for such a desperate ploy.

Everything going on around this fractured couple is exciting, but it’s ultimately unimportant. Jess makes for a calmly sinister villain and the way she orders Mr. and Mrs. Martin’s deaths demands a bit more closure. (Perhaps Sam survives to take care of her, too? Boy, once he let the dark in he was ruthless.) But it’s still easier to appreciate “The Third Day” for its focus as well as the ensuing impact. Looking back now, “Summer” (the title of the first three episodes) was designed to sweep you up into an enticing mystery, and the dream-like distortions of Sam’s reality, captured so convincingly by director Marc Munden, did just that. So, too, did Lowthorpe’s second half (“Winter”) present the (literally) cold, harsh reality facing Helen; built with still frames and sharp cuts, these episodes served to wipe away Osea’s allure by showing it for what it really is: a cult. 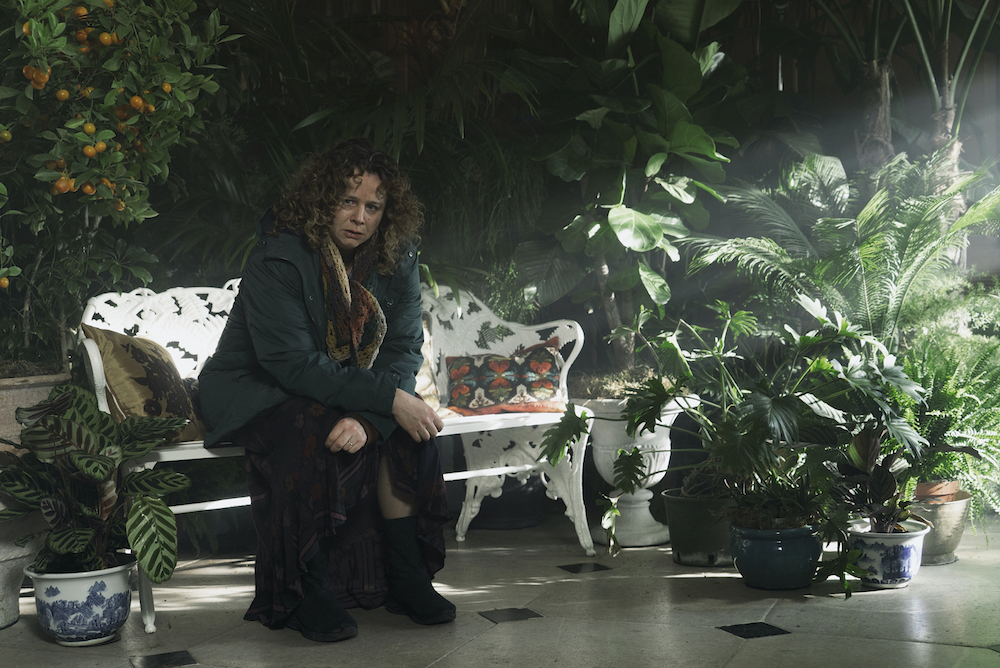 Emily Watson in “The Third Day”

Whether or not you want to extend the metaphor to include religion itself — and how Sam’s eagerness to believe in miracles mirrors the demands of certain faiths when it comes to believing in a literal life after death — well, that’s up to you. Either way, “The Third Day” succeeds as an emotional story and, arguably, as an introduction to a dangerous new island. Perhaps fans hoping all the cultural lore and Osea mythology added up to a larger unveiling were disappointed, but there’s no saying someone new can’t be lured to Osea — Sam is still there, after all.

Most importantly, “The Third Day” became Helen’s story. In a quietly powerful performance, Harris exemplifies the pain you have to feel and the will you have to find in order to get over the loss of a child. Watching her stone façade crack as Mrs. Martin admits to kidnapping and killing her son is heartbreaking, and Lowthorpe’s wise decision to linger on Harris’ reaction, rather than cut back to the person providing necessary exposition, pays off huge. Seeing Helen’s unblinking eyes well up and the tears come tumbling out conveys everything we need to know about this mother’s attachment to her family — rebutting the harsh words of a daughter who thought she felt nothing — but the scene also sets up a heroic ending, as Helen wills herself to swim the causeway and save her two daughters.

Amid all the fancy theatrics, it would’ve been easy for “The Third Day” to get lost within itself. Built from the idea for an “immersive” experience and marked by all the trappings of mythology-driven mysteries, HBO and Sky’s joint endeavor could’ve easily become a flashy yet empty viewing experience. Instead, it thrived as a simple story, well told, about two parents, their shared grief, and the unique reaction each had to a tragedy. While Sam cratered into himself, Helen kept fighting. Her daughters cling to her and she clings to their future, the last shot cuts to black. The ending made sure to tell us everything we needed and we know they’ll be OK.

“The Third Day” is a co-production between HBO and Sky. The full limited series is streaming now via HBO Max.