Back in 1974, Steve McQueen and Paul Newman starred opposite each other in the classic disaster movie The Towering Inferno. Joining the impressive cast were William Holden, Faye Dunaway, Fred Astaire and more.

Due to such star power both McQueen and Dunaway made it very clear that they were not to be approached by set visitors, while Newman simply asked that he not be surprised.

Amazingly, there was an actual real-life fire that broke out on The Towering Inferno set which saw The Great Escape star having to help firemen out.

When one recognised the actor, he said, “My wife is not going to believe this!”, to which McQueen replied, “Neither is mine.”

The King of Cool even insisted that he do his own stunt of leaping off a helicopter onto the top of the fictional burning building, despite producer Irwin Allen’s strong objections. At one point, McQueen was fuming when he discovered that Newman had 12 more lines than he did. 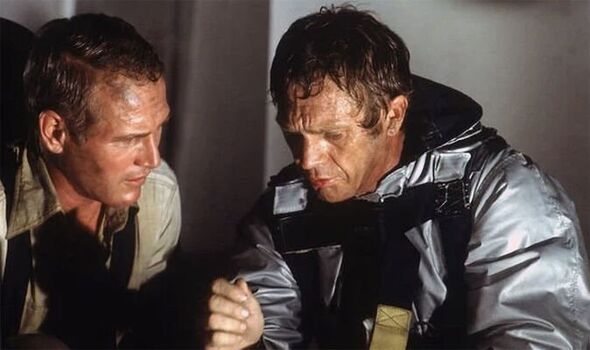 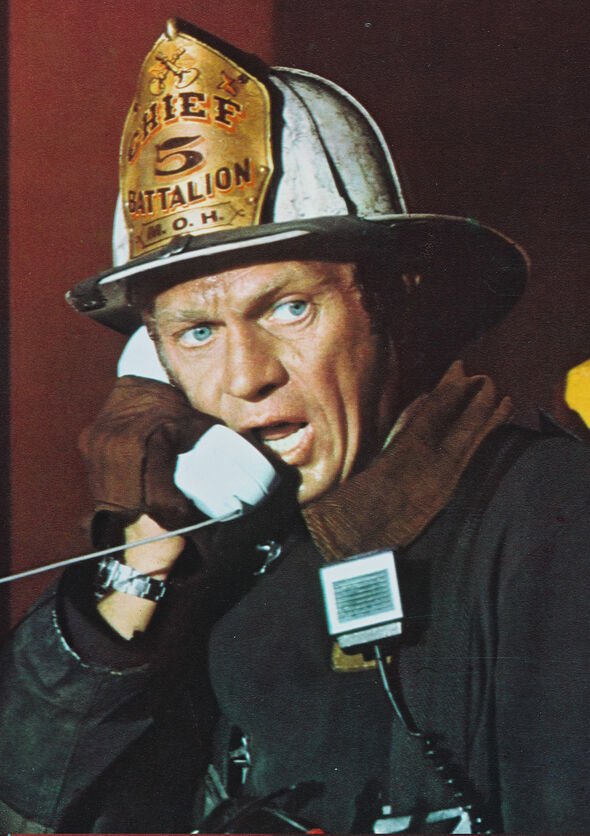 According to the latter’s lifelong pal A E Hotchner, upon hearing this he referred to the co-star as “a chicken s***”.

On top of this, the two Towering Inferno leads were demanding top billing on the poster and credits, alongside Holden – but he didn’t stand a chance having not had a box office hit in a few years.

In the end, the main duo had dual top billing with The Great Escape star’s name coming first but his co-lead’s being higher up.

This, therefore, gave the impression that both were the main star depending on if you were reading the poster left-to-right or top-to-bottom. 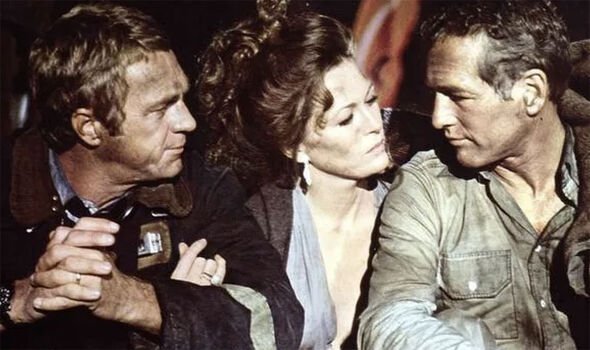 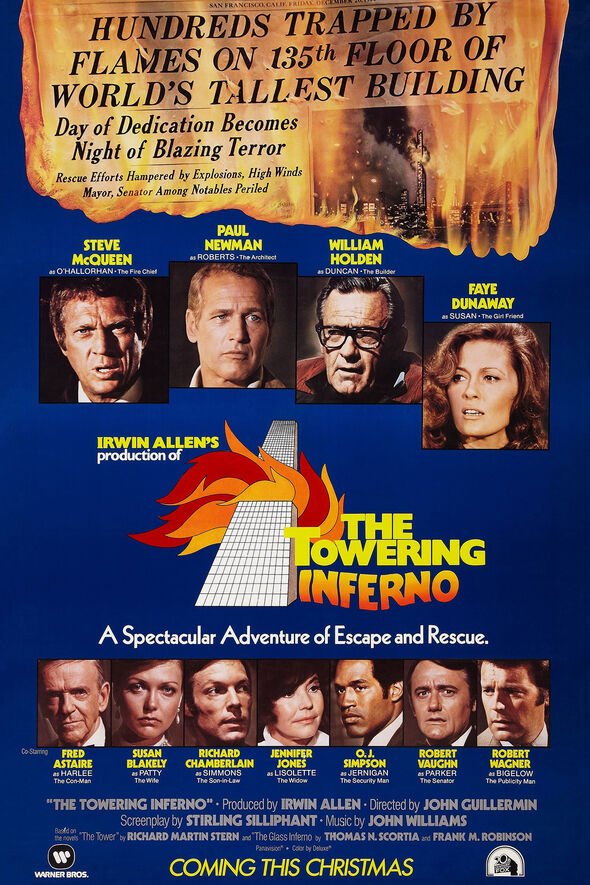 The staggered or diagonal billing was the first of its kind, although it had been considered for Butch Cassidy and the Sundance Kid before McQueen left the project and was replaced by the less well-known Robert Redford.

Meanwhile, the King of Cool’s name came first in The Towering Inferno trailer, but Newman’s appeared first in the end credits even though the names were arranged diagonally again.

Additionally, both Hollywood stars were paid an equal fee of $1 million for their roles as Doug Roberts, the Glass Tower architect (Newman) and Michael O’Halloran, SFFD 5th Battalion Chief (McQueen).

Filming took place over 14 weeks and according to director John Guillermin, both were very good to work alongside and added much to their parts.

The Towering Inferno was the highest-grossing movie of 1974 and received eight Oscar nominations including Best Picture.

The movie went on to win three Academy Awards for Best Cinematography, Best Film Editing and Best Original Song in We May Never Love Like This Again by Al Kasha and Joel Hirschhorn.

30/07/2022 TV & Movies Comments Off on The Towering Inferno: Why Steve McQueen was called ‘chicken s***’ by Paul Newman on set
Lifestyle