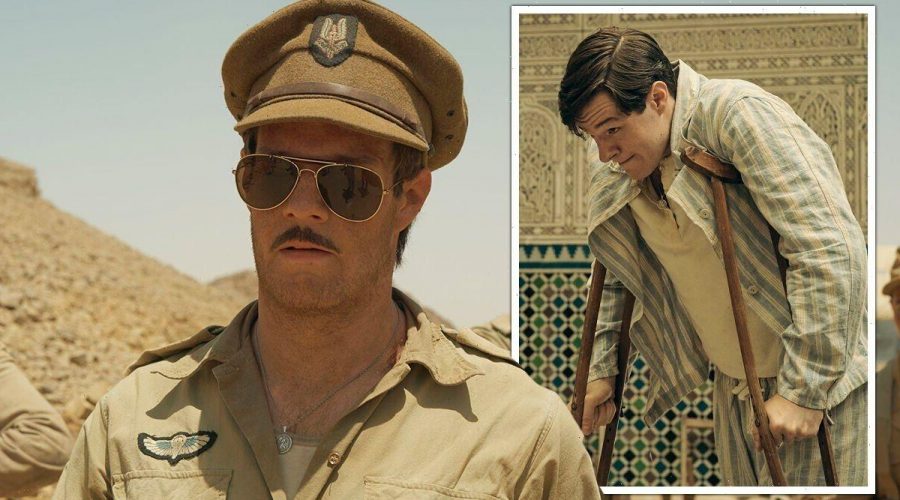 SAS Rogue Heroes has been airing on BBC One and the historical drama is full of jaw-dropping moments. David Stirling (played by Connor Swindells) wanted to test his theory about using stealth means to attack enemies by jumping out of a plane with a parachute. In the series, he was almost left paralysed from the waist down after his parachute ripped – but did this actually happen?

Was David Stirling really injured after the parachute jump?

In the series, Stirling teamed up with Jock Lewes (Alfie Allen) to test out techniques for entering enemy territory undetected.

He and Jock made it their mission to jump from a plane using parachutes, to see if they could safely do so without drawing attention to themselves.

While Jock landed safely, Stirling’s parachute got caught and he hit the ground with great force.

He spent a long time recovering in hospital with a spine injury and was told there was a chance he would never walk again.

Shockingly, the same ordeal happened to David in real life when his parachute snagged.

Jock and David’s first mission had disastrous and fortuitous results.

David had jumped from an old Valentia aircraft, which was not suited for the job at the time.

After his parachute snagged, he was injured in the fall and ended up spending two months in the hospital.

Like in the series, he spent most of his hospital stay planning his new unit.

After his release from the hospital, he headed straight for the High-Command Headquarters to see the Commander-in-Chief General Auchinlek.

A hilarious scene in the series shows David fooling a guard and gaining entry into HQ.

The British military establishment had a strict chain of command that had to be obeyed to the letter.

The real David knew if he went down this route, it would never work in his favour.

With this in mind, David slipped past the guard on his crutches and hobbled into the building before hiding in an office.

Here he came across Deputy Commander Middle East General Ritchie, who was instrumental in the formation of the SAS.

Having read through David’s notes, he presented the plans to Auchinlek.

Much to David’s delight, both Generals saw the opportunity to use the new unit with immediate effect.

They had an offensive planned for the near future, and so a new unit of 66 men was formed.

The name was chosen to make the Germans think the unit was larger than it actually was.

Actor Connor Swindells said he had read David Stirling’s autobiography, which gave him insight into his mind.

On what drew him to the project, he said: “A main thing was the people involved.

“Tom Shankland, a fantastic director and a wonderful person, and someone who I knew would collaborate with us all.

“The writing is phenomenal, Steven Knight is a genius so it’s brilliantly written.

“The characters are flawed, they’re humans as much as they are heroes. There was too much that drew me to this project to turn away from it.”

SAS Rogue Heroes airs on BBC One on Sundays at 9pm.