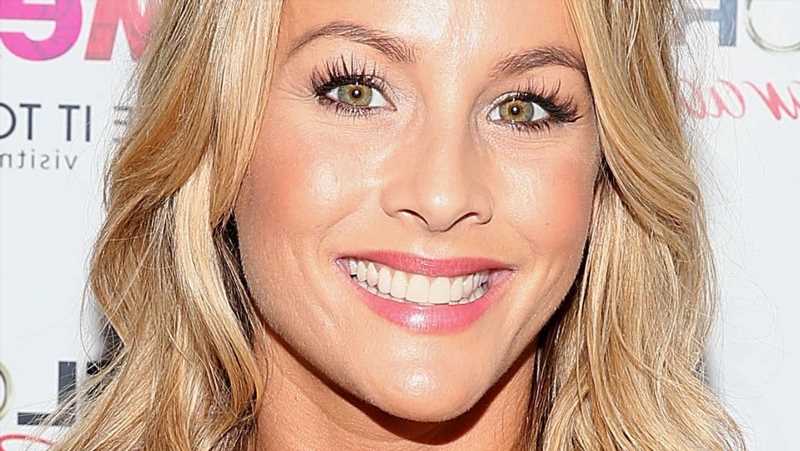 It’s been one year since “The Bachelorette” Clare Crawley got engaged to Dale Moss less than two weeks after the show’s 16th season began filming at the La Quinta resort in Palm Springs, California. The 40-year-old hairstylist marked the momentous occasion by posting a video of the engagement on her Instagram. Tayshia Adams replaced Clare — a “Bachelor” franchise first — headlining the remaining weeks of the season, which ended in an engagement to Zac Clark.

Clare and her former NFL player fiance broke up in January 2021, with Dale confirming the news on his Instagram page. “I wanted to share with you all that Clare and I have decided to go our separate ways,” he wrote in a since-deleted post (via Page Six). “We appreciate the love and support we’ve received from so many people, but this is the healthiest decision for both of us at this time.” One month after their breakup, however, the couple was spotted together out and about in Florida, leading fans to believe a reconciliation was on the horizon. Throughout the following months, the pair spent more time together, and in May, Dale shared an Instagram post of the three-time “Bachelor in Paradise” contestant sporting the engagement ring he had given her.

Clare recently took to Instagram to reveal another part of her life that she had never shared with fans before. Read on to learn more about “The Bachelorette” star’s tragic past.

Clare Crawley revealed she was the victim of sexual abuse

Clare Crawley has been notoriously open with her 1 million followers about her mother’s struggle with Alzheimer’s. But, in a recent Instagram post about self-love, Clare revealed unexpected details about her childhood. “As a child of sexual abuse, my young adult years were spent in unhealthy relationships feeling unworthy of the good ones,” Clare wrote. “It was a vicious cycle, because the more I chose the wrong men who treated me poorly, the more I believed I wasn’t good enough.”

While Clare did not reveal details about who her abuser was or how long and when the abuse took place, she did share that her experiences inspired her decision to get breast implants, which are on display in the selfie she shared. “I’d be lying if I said I wasn’t excited to get them, but the truth is it was money that would have been better spent on therapy to heal my wounded heart.”

Clare went on to discuss her growth and how she has learned to love who she is and know her self-worth. “A woman who has learned to love herself deeply on the inside, knows her worth, and will fight for herself no matter what. I’ve learned the toxicity that these implants can cause on our bodies, as it has done to mine.” She divulged that her breast implant removal surgery was happening that week and referred to her new look as “Claire 1.0, who is lovable and worthy just the way she is.”