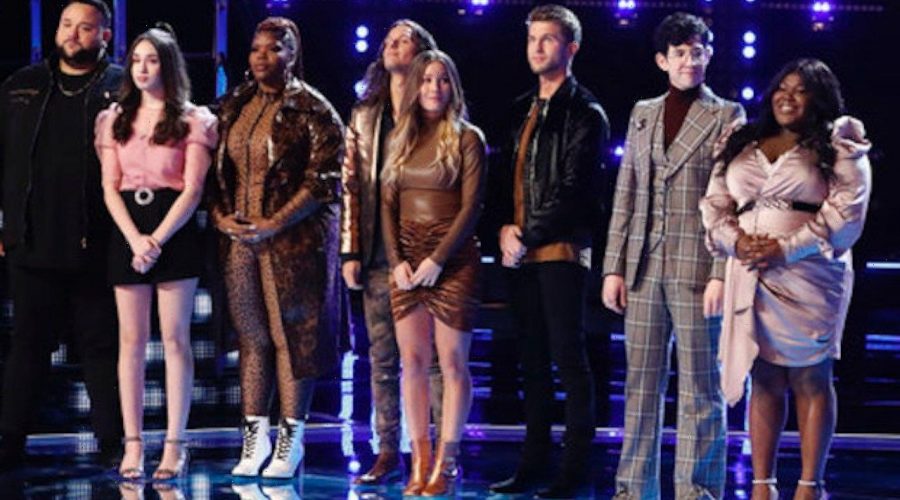 In a new episode of the NBC long-running singing competition show, one contestant is sent home while the remaining 10 singers will move forward to next round.

AceShowbiz -The results of Fan Week in the previous episode of “The Voice” season 21 was revealed in the Tuesday, November 23 episode. One contestant was sent home at the end of the outing, leaving Top 10 singers who would move forward to next round.

Before viewers learned of more results, coach Ariana Grande and her team took the stage with her team for their group performance of “FourFiveSeconds”. Holly Forbes and Ariana harmonized for some parts of the song, while Jim and Sasha Allen harmonized on the others. They then came together in a really beautiful way.

Blake and his team, who were all saved, then performed a fun rendition of “I Can’t Help Myself (Sugar Pie, Honey Bunch)”. Wendy, unfortunately, tripped to the ground on stage and was escorted off to be examined by staff members. Thankfully, she was okay and only had some minor bruises.

Gymani performed first, singing Rufus and Chaka Khan‘s “Tell Me Something Good”. John called the performance “unstoppable,” though she had a small stumble at the beginning of the song. As for Jim & Sasha Allen, the duo opted to sing “I Won’t Give Up” by Jason Mraz. Blake praised them for their steady growth.

It was then time to reveal the winner of the Instant Save. Joining the Top 10 was Jim & Sasha Allen, meaning that Gymani was eliminated.