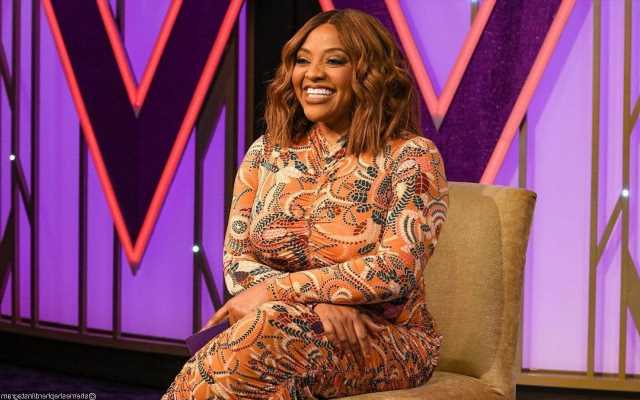 As Wendy Williams’ return to her iconic purple chair remains uncertain, the daytime talk show schedules more guest hosts until the end of November including Fat Joe and Remy Ma.

AceShowbiz -“The Wendy Williams Show” has proved that Sherri Shepherd is a perfect guest host. The talk show has scored its highest ratings of the entire season 13 since premiering on October 18.

“The Wendy Williams Show” reportedly posted a 0.9 rating for the week ending on November 7, the week that Sherri hosted. The daytime show’s initial launch week did a 0.8 in the ratings comparatively.

As Wendy Williams‘ return to the TV remains uncertain, the show production has announced more guest hosts that will take the show until the end of November, including Fat Joe and Remy Ma. Thanksgiving week kicks off on Monday, November 22 with co-hosts Devyn Simone from MTV’s “The Challenge: Aftermath“, author/media personality Bevy Smith, Variety chief correspondent Elizabeth Wagmeister and comedian/actor Michael Yo. They’ll be followed by the hip-hop stars on Tuesday, November 23 and Wednesday, November 24.

Guest hosts have been filling in for Wendy amid her recovery from complications of Graves disease. The 57-year-old TV hostess herself recently gave her loyal fans an update regarding her continuous health woes. In a post to the show’s official Instagram, the former season 12 contestant of “Dancing with the Stars” wrote, “HOW YOU DOIN’? I MISS YOU ALL!”

“As everyone knows, my health has been a hot topic. I’m making progress but it’s just one of those things that’s taking longer than we expected,” Wendy penned on November 8. “I’m a woman of a certain age, and I know enough to listen to my doctors and will return to my purple chair as soon as we all agree I’m ready.”

Following her statement, a source claimed that Wendy was “getting better” and “making her own decisions as she sees fits.” A separate informant also said that the “Think Like A Man” star was “not getting worse.”

Just two day later, Wendy was spotted looking sick in a wheelchair as she’s being escorted out of her Manhattan apartment. At that time, the daytime diva, who wore a colorful patterned pink top and black pants with sneakers, was pushed by a male companion.

As her fans eagerly await Wendy’s return to her iconic purple chair, there’s chatter of an alternative plan as she “fails” to sign a new contract. Sources claimed that directors in the New York market are currently considering moving Nick Cannon‘s talk show “The Nick Cannon Show” to take over Wendy’s 10 A.M. slot.

“If the ‘The Wendy Williams Show’ ends or she doesn’t come back to the show, they would feel comfortable sliding Nick into the 10 A.M. slot,” a source spilled. The insider went on to note that the slot “immediately follows the local news broadcast.”