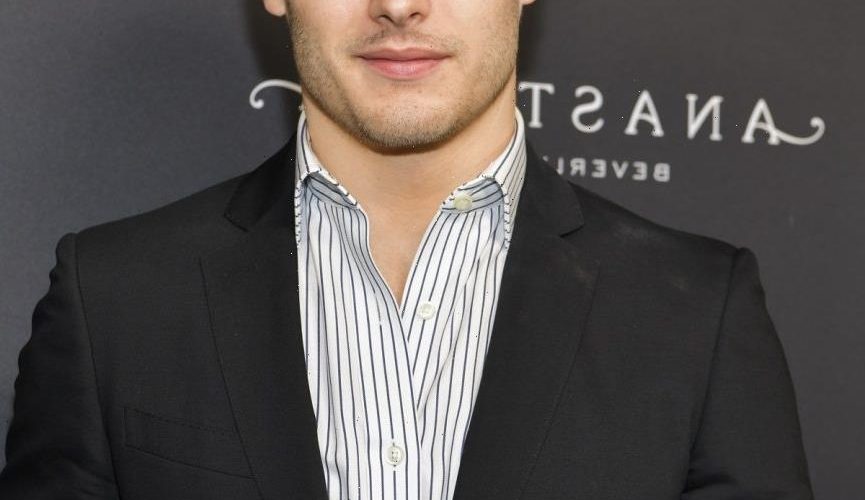 Kyle Abbott (Michael Mealor) is a legacy character on The Young and the Restless. As the son of Jack Abbott (Peter Bergman), Kyle has been featured in many huge storylines. He’ll find himself in more drama when he makes his much-anticipated return to Genoa City.

The Young and the Restless fans agree Mealor is the best actor to play Kyle. Mealor’s performance as Kyle ran from March 2018 to August 2021. After failed contract negotiations with producers, Mealor and his co-star, Hunter King, left the series.

Kyle and Summer Newman (King) moved to Italy after she got a new job. Although that was the end of the couple, they made several guest appearances. Now fans will be seeing more of Kyle when he makes his full-time return on April 25th. Viewers are ecstatic to see Mealor back on the CBS soap opera, and the actor is happy to be coming home.

In an interview with ET Canada, Mealor discussed the circumstances leading to his return. “When they called me up and told me about the storyline, I got chills. I was so excited. If there’s ever a storyline for Kyle to move back from Italy and me to return to the show, then this is it.”

Kyle’s return promises to be an explosive one on The Young and the Restless. His presumed dead mother, Diane Jenkins (Susan Walters), returned after a long absence. Diane wants to reconnect with Kyle and asks Jack to help her.

When Kyle arrives in Genoa City, he’ll be in for a shock when he sees his mother. However, the reunion may not be happy. As Mealor pointed out, his character has changed, and he calls Kyle “a papa bear figure who is really protective of his son.”

Kyle’s protectiveness over Harrison Locke (Kellen Enriquez) may be why he’s reluctant to let Diane into his life. However, Kyle can’t shut her out completely. “At the end of the day, he’s a little boy who lost his mom, and I think everyone can relate to that. I think Kyle is wrestling with joy that his mom is alive but also the fact that she chose not to be here for 20 years.”

The mother and son reunion gets off to a dramatic start

Kyle and Diane’s reunion won’t go smoothly on The Young and the Restless. Of course, Kyle will be struggling with his feelings over the situation. Although he’s angry, Kyle will make an effort to forgive his mother and bond with her.

Yet, their reunion will be met with disapproval from Jack and Phyllis Summers (Michelle Stafford). While Jack wants to support Kyle’s decision, he worries that his son is headed toward heartache. Meanwhile, Phyllis will remain skeptical of Diane and seek to run her out of town again.

The situation will become more complicated when Kyle’s wife, Summer, arrives in town. She and Kyle had finally settled into their new life together; now, it’s disrupted by Diane’s return. Odds are Summer won’t so be welcoming toward her mother-in-law.

24/04/2022 TV & Movies Comments Off on 'The Young and the Restless': Michael Mealor Excited About Kyle's Return
Lifestyle