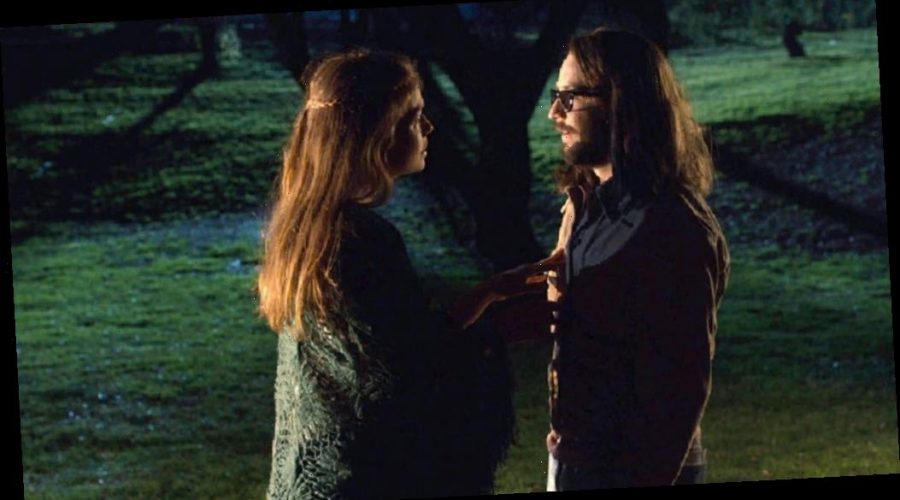 When This Is Us Season 5, Episode 11 returned, fans found out more details about young Nick Pearson and Sally. However, viewers still have one central question. In the flashforward by Rebecca’s (Mandy Moore) bedside, is the elderly Uncle Nicky married to Sally (Genevieve Angelson)?

Who plays Nick Pearson in ‘This Is Us’?

In the ’60s and ’70s, Nick Pearson was portrayed by Michael Angarano on This Is Us. However, when introducing 70-year-old Uncle Nicky, the producers weren’t sure Angarano fit the role. Instead, the older Nick Pearson is played by Griffin Dunne on This Is Us. In an interview with Entertainment Weekly, executive producer Isaac Aptaker explained why they had to choose a new actor to play the older man.

“Michael is an incredible actor, and I thought he gave an amazing performance when he’s playing Nicky in his 40s,” Aptaker told the outlet. “But at a certain point, he has such a babyface, it just breaks, and hair and makeup can only do so much. We didn’t want it to feel like kids playing old characters in a high school play.”

What happened to Nick Pearson and Sally on ‘This Is Us’?

In This Is Us Season 5, Episode 11, fans found out what happened between Nick Pearson and Sally in 1969. The couple met at the vet clinic where they both worked. They bonded while gazing at the moon in Sally’s Volkswagen Van she nicknamed “Pearl.”

However, once things became serious, Sally asked Nick to drive with her to California. He was hesitant at first, but then Jack (Milo Ventimiglia) talked his brother into it. However, when the time came to leave, Nick felt that his mother needed him. Their father was an alcoholic and always nicer when Nicky was around. So, he never met Sally to drive to California.

When he returned from Vietnam, Nicky used his entire savings to purchase his current trailer. The young man went to Sally’s house, but she wasn’t there. He left and never returned or reconnected with his long-lost love.

Who is Nicky married to in ‘This Is Us’ flashforward by Rebecca’s bedside?

This Is Us story editor Laura Kenar gave a sneak-peek into Nicky and Sally’s possible future. In an interview with Entertainment Weekly, the journalist asked if viewers will see the rest of Sally’s story or if Nicky might meet her in the present day.

“Mmm-hmmm,” Kenar began. “Um, I cannot confirm or deny either of those things, but I think it would be very exciting if it did happen. And I definitely was talking with the actor on set, Genevieve, about who she thinks could be the present-day Sally. So hopefully we will see that — my hopes as a fan and as a writer is that we do because I love Sally, and I want to see more of her.”

It sounds promising that Nicky might seek out Sally in the present-day episode. Does that mean Sally is the one Nicky marries? Only time will tell. This Is Us airs on Tuesdays at 9 p.m. EST on NBC.

24/03/2021 TV & Movies Comments Off on 'This Is Us': Is Nick Pearson Married to Sally in the Flash Forward by Rebecca's Bedside?
Lifestyle