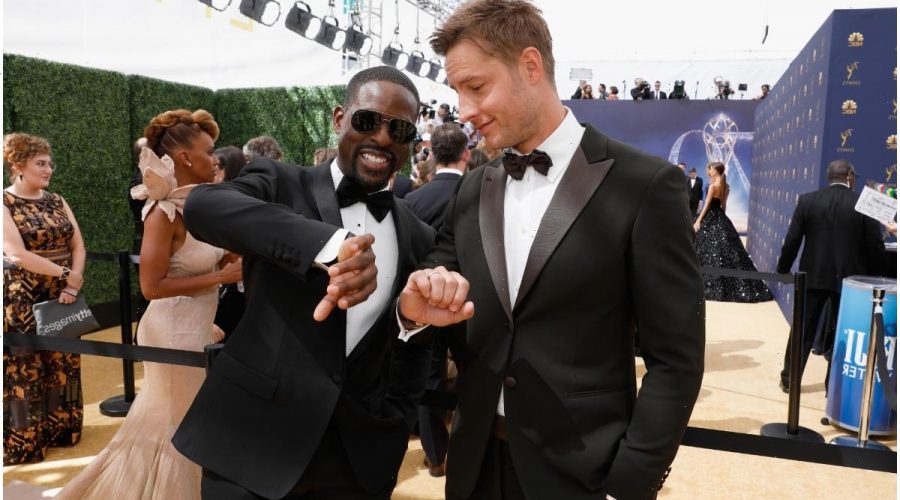 Sterling K. Brown and Justin Hartley have played brothers on This Is Us for five seasons. Like their characters, Randall Pearson and Kevin Pearson, they’ve seen each other through monumental times in their lives. One of Hartley’s significant moments occurred when he quietly married Sofia Pernas in May 2021. Brown recently shared his thoughts on his co-star’s new marital status. 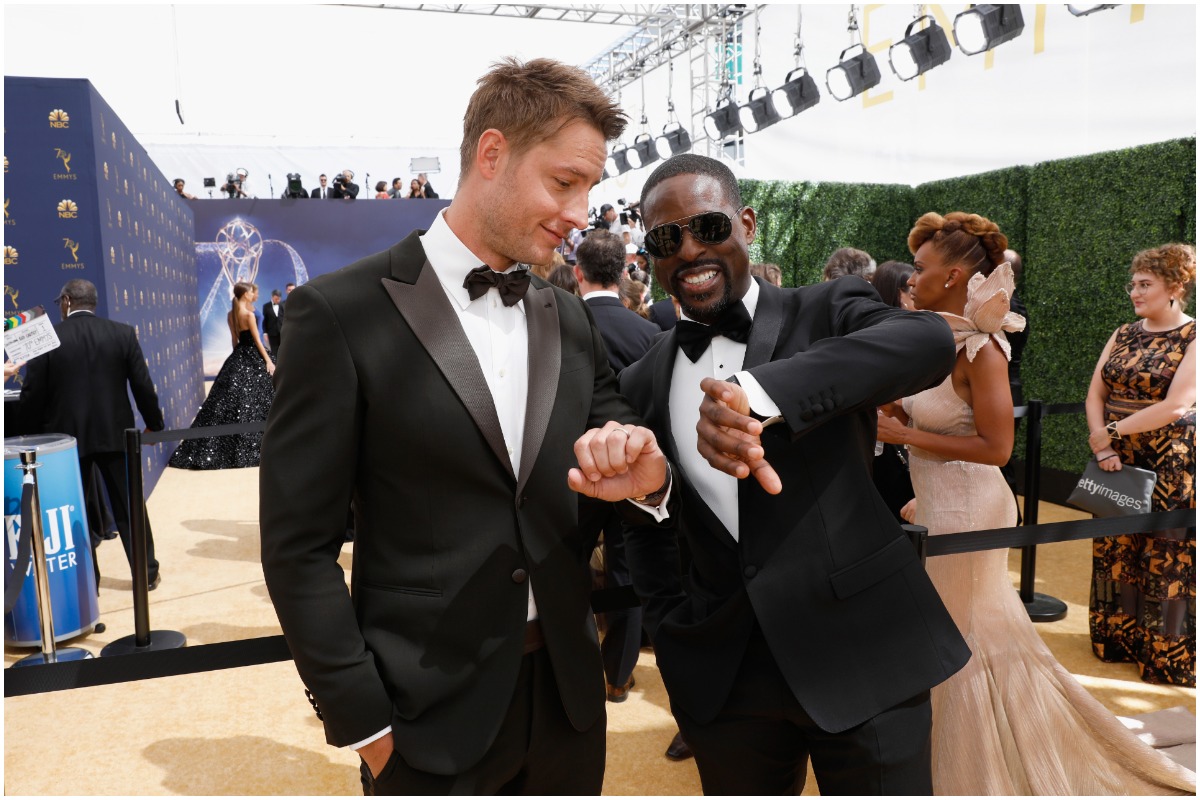 Are ‘This Is Us’ co-stars Sterling K. Brown and Justin Hartley friends?

This Is Us is a family drama that centers around the Pearson family. The series sheds light on familial relationships through multiple time jumps while discussing topics such as adoption, race, sexual orientation, and substance misuse.

Since the show premiered in 2016, one of the major storylines has been the dynamic between Randall and Kevin. Throughout the series, Randall wrestles with his identity and the relationships with his parents and siblings, Kevin and Kate (Chrissy Metz). The tension between Kevin and Randall escalated in season 4 when the brothers exchanged harsh words toward each other in the season finale.

Brown shared with People that, although Randall and Kevin often bump heads, he and Hartley have maintained a solid friendship.

“Justin and I, people are always like ‘Do you like each other?’” he explained. “‘Or do you not like each other?’ With all that brother tension [on the show]. I think people will be surprised to see how much we laugh with each other and crack each other up given the history of Randall and Kevin.”

How Sterling K. Brown feels about Justin Hartley getting married to Sofia Pernas

Hartley turned heads in May 2021 when multiple reports shared that he and Sofia Pernas tied the knot in an intimate ceremony. The actors previously worked together on The Young and the Restless and started dating in 2020. Their wedding came just months after Hartley divorced his second wife, Chrishell Stause.

The This Is Us cast didn’t attend Hartley’s wedding. However, when asked how he felt about Hartley’s private wedding, Brown had nothing but positive things to say about his “brother’s” new chapter.

“Whenever Justin Hartley finds happiness, I find happiness. That’s my brother,” Brown says of his TV sibling tying the knot. “I wish him all the best. I look forward to him being able to share his story on his own terms because I think that’s important to him. I’ll just say, I’m happy for you, Justin. Way to go.”

How does ‘Selling Sunset’ star Chrishell Stause feel about Hartley getting married?

While Brown is elated for Hartley and Pernas, his ex-wife has a different take. According to E! News, the Selling Sunset star was unfazed by the quickie marriage. Hartley and Stause finalized their divorce in Feb. 2021, citing “irreconcilable differences” in legal documents.

“It’s not shocking to her,” an insider shared. Chrishell knows Justin falls fast and moves quickly. She wishes them well and has moved on from that part of her life. She’s finally been able to heal her heartbreak and it’s taken a while for her to be in a good place.”

19/05/2021 TV & Movies Comments Off on 'This Is Us' Star Sterling K. Brown Comments on His 'Brother' Justin Hartley Marrying Sofia Pernas
Lifestyle