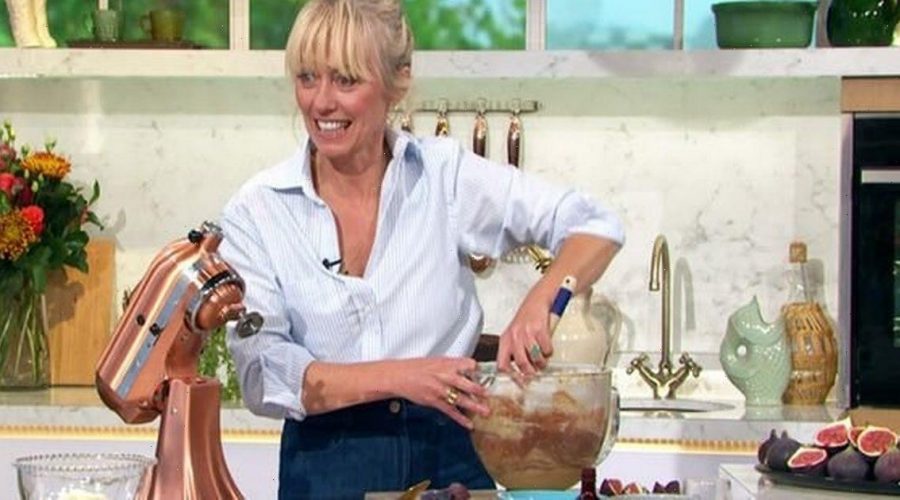 This Morning suffered an awkward moment during Monday's show, as chef Clodagh McKenna told off a camera person for laughing live on-air.

The first saw Clodagh whip up a batch of sunshine soup while chatting with presenters Phillip Schofield and Holly Willoughby about the weather and other things.

As Phil pointedly reminded Clodagh that she was live on television, the horrified presenter got on with her cooking.

Amid laughs from the show's behind-the-scenes crew, Clodagh called out a "camera man" after hearing their giggles. She shouted: "Who's laughing? Is that a cameraman laughing? You're fired!"

Clodagh quickly forgave the crew member in question, as she later said "I love you".

At the beginning of her soup segment, Clodagh had been discussing her lack of sleep due to a storm she heard in the night. "Did you get a storm here in London?"

As Holly confirmed that she hadn't heard a storm in the English capital, Clodagh added: “I live in Hampshire and the weather was horrendous.

"I woke up this morning and I was like, 'thank god I'm making soup today.'

Clodagh then explained her fondness for halloumi cheese before getting wrapped on the knuckles by Phil, metaphorically speaking.

Later in the show, Clodagh baked a sticky fig cake for the presenters.

While Phil may have been unimpressed with her antics, This Morning viewers on Twitter seemed greatly amused.

One wrote: "Clodagh's energy is contagious, she certainly brightens up a dull day."

Another commented: "Clodagh's Sticky Fig Cake looks truly delicious, a credit to you."

This Morning airs weekdays from 10am on ITV.