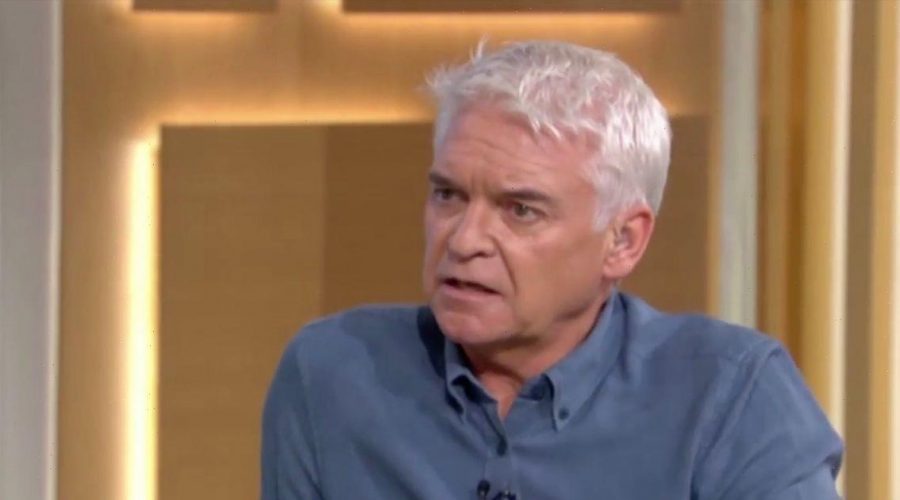 Phillip Schofield had a rather awkward chat with one of Strictly Come Dancing's professional dancers – following rumours of 'unvaccinated' Strictly pros.

Gorka and the former Coronation Street star are set to compete in the BBC One competition together – with the first live show kicking off this weekend.

After chatting to Katie about why she signed up for the show and asking them both how training was going for the first competitive dance this Saturday, the discussion took a stern turn as Phillip decided to bring up the recent vaccination rumours.

It has been reported that three of Strictly's professional dancers have allegedly refused the coronavirus vaccine.

However, a spokesperson for Strictly has said: "We do not comment on speculation of somebody’s Covid vaccination status.

"Strictly Come Dancing production has, and will continue, to follow strict government guidelines to ensure the safety of all on the show."

Phillip asked Gorka if it is "important for the pros to be vaccinated," Gorka seemed to want to avoid the subject.

Gorka replied that it's just "speculation" and that he "can’t really say much of what tabloids write about it because it can be true, it can be not be true".

Phillip pushed further and then asked if they themselves would prefer to be in a vaccinated environment.

Katie then commented: "I think it just depends on each individual, doesn’t it, because I know last year, you were in your couples and everybody was in a hotel, whereas you get a bit more freedom this year because of the vaccinations."

She added that if it was her "I just wouldn’t see my family."

"‘Every situation’s different. I personally don’t know everybody’s situation because it’s none of our business, is it? Because we have to keep separate from everybody else," Katie said.

"But everybody’s getting on like a house on fire, everybody seems to be gelling well, and I just think it’s all the speculation to be fair."

Fans were torn as Phil quizzed the pair, with one user taking to Twitter to say the questions were "unfair", meanwhile, another wrote: "Why is Phil pressing the Covid vaccination issue with Gorka and Katie? It's awkward to watch."

The first live show this weekend will see the celebrities and their pro partners perform in the competition for the first time.