Tiffany Franco Smith from 90 Day Fiancé: The Other Way has been on a weight-loss journey after giving birth to a baby girl with Ronald last year.

The 27-year-old has taken her transformation a step further to have some cosmetic surgery done on her face.

90 Day Fiance fans were introduced to Ronald and Tiffany on The Other Way. Tiffany met the South African native during a trip to his home nation.

They fell in love after a mutual friend introduced them and she moved to South Africa with her son Daniel to begin a family with him. Fans followed Tiffany and fan-favorite Daniel as they attempted to settle in South Africa.

After she gave birth to their daughter named Carly Rose, she moved back to the United States, citing the safety concerns she mentioned on The Other Way.

In January, the couple announced that they were breaking up and many fans speculated that it had something to do with his gambling addiction. Ronald accused Tiffany of cheating, which she denied.

The couple seems to be back on the mend and Tiffany got some cosmetic surgery done to her face.

Although the couple split earlier this year, and Tiffany said the relationship was “irreparable,” they managed to make things work. On the anniversary of their wedding last month, the 27-year-old mother-of-two gushed over her husband on Instagram while lamenting on their rocky relationship.

“I wanna show you off for a second..no words for you and the craziness between us the highs, the lows, the easy easy middle parts…you stole my heart and never gave it back I love you, my crazy ass man!” she wrote.

During the 90 Day Fiancé: The Other Way tell-all special, Tiffany revealed that she was working on getting Ronald a visa. It is unclear whether the South African has been able to secure a visa to be with his family in the United States.

When Ronald was celebrating his daughter’s first birthday on Instagram in July, he revealed that the COVID-19 travel restrictions are preventing him from traveling to the United States. 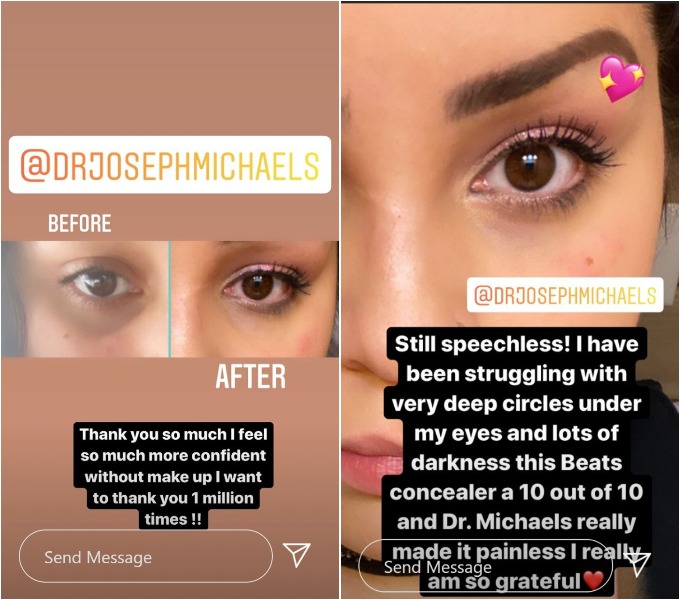 The 90 Day: The Other Way star revealed that she had cosmetic work done to remove dark circles under her eyes, revealing that she used concealer to hide it in the past.

Tiffany revealed the before-and-after photos on her Instagram Story, adding that the procedure boosted her self confidence.